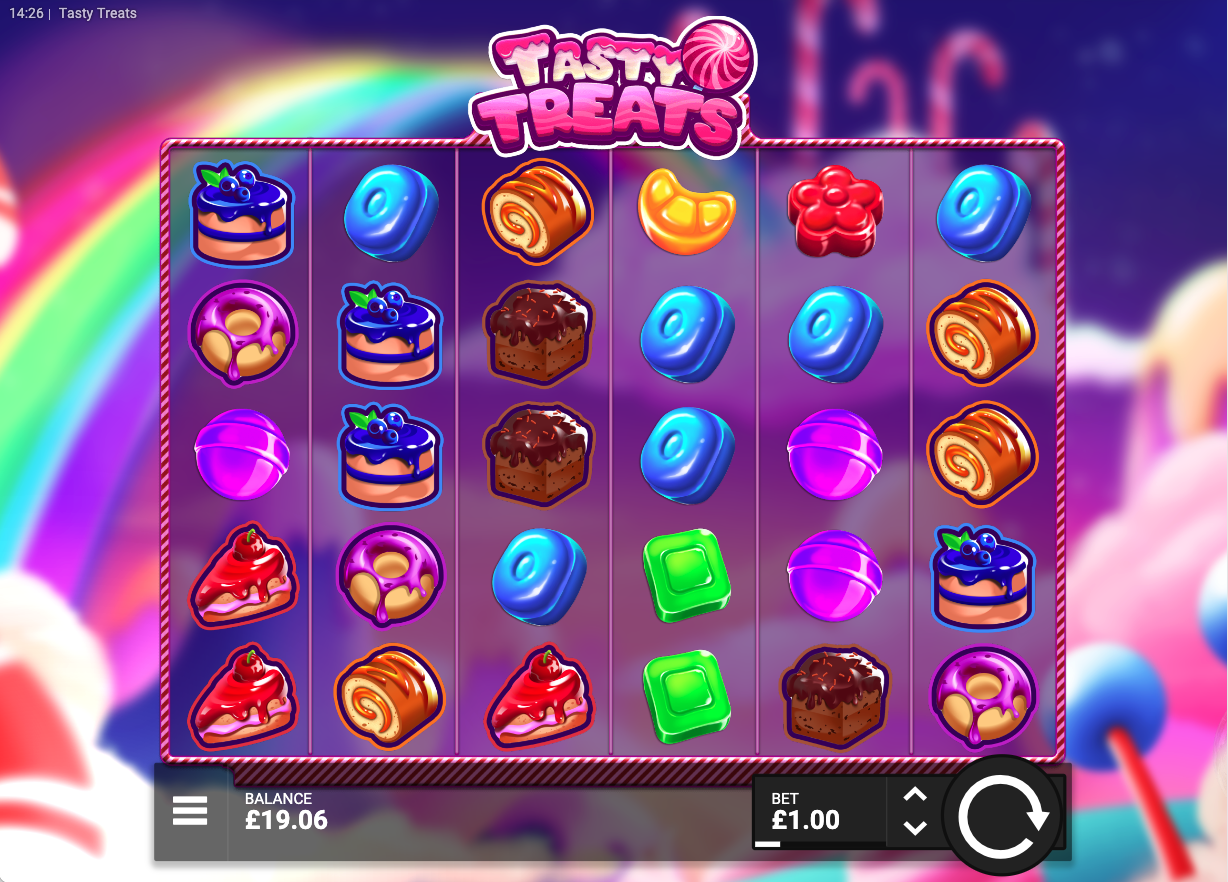 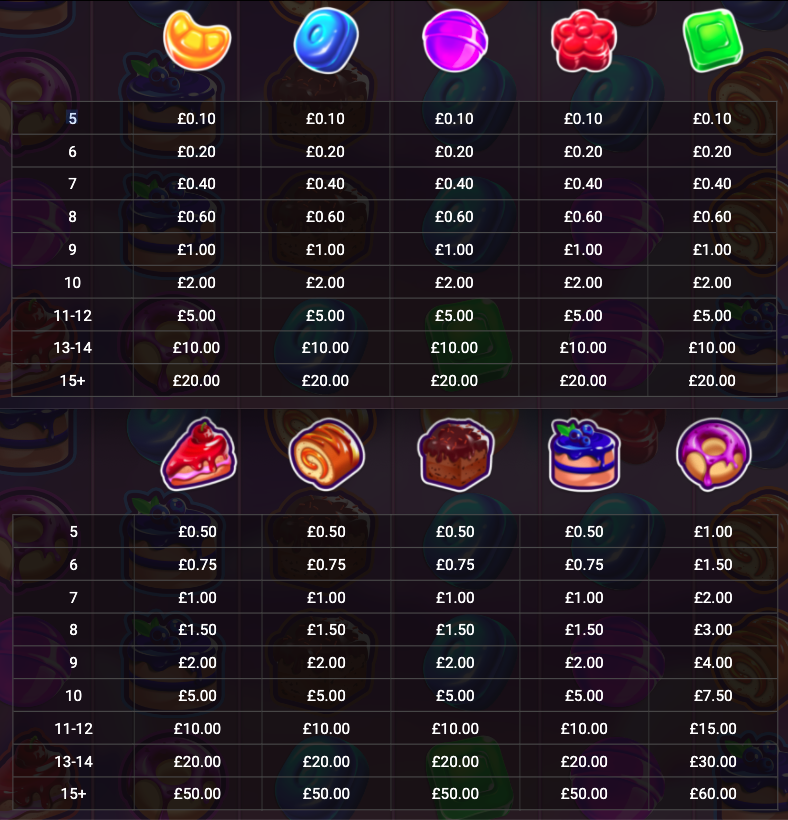 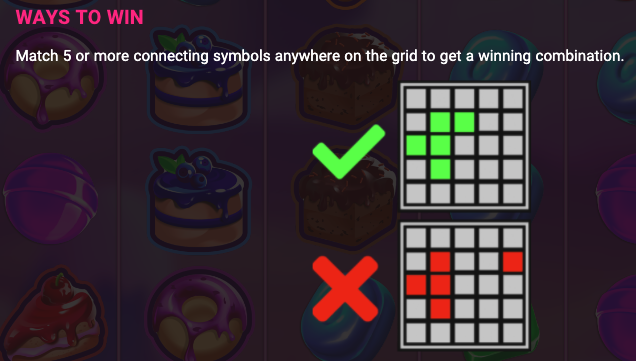 Tasty Treats takes place on a 6 x 5 grid which exists in a fantasy land of rainbows, candy canes and candy floss clouds – something of a dentists nightmare.

The higher value symbols are of the cake variety and include donuts, Swiss rolls and cup cakes; an assortment of coloured boiled sets represent the lower values. The gold ‘W’ is wild and the ‘FS’ is the scatter symbol.

This aim of this game is to create clusters of matching symbols which connect horizontally and/or vertically; those symbols involved will then disappear and be replaced by more falling in from above. With each cascade there’s a chance that the Bubble Booster feature will activate and up to five bubbles will float up onto the reels, these come in different sizes – 1×1, 2×2 or 3×3.

These bubbles will then burst where they land and reveal wild symbols or multiplier values of up to 100x.

This occurs randomly and the Monster Hand will remove symbols from the first three, last three or all columns to allow more to drop in for a potential win.

This is triggered by landing at least three of the FS scatter symbols anywhere on the reels – those symbols will now all display a number between two and five so add them up and that’s the number of free spins awarded. More spins can be triggered in the same way and there’s a greater chance of the Bubble Booster feature activating during this round.