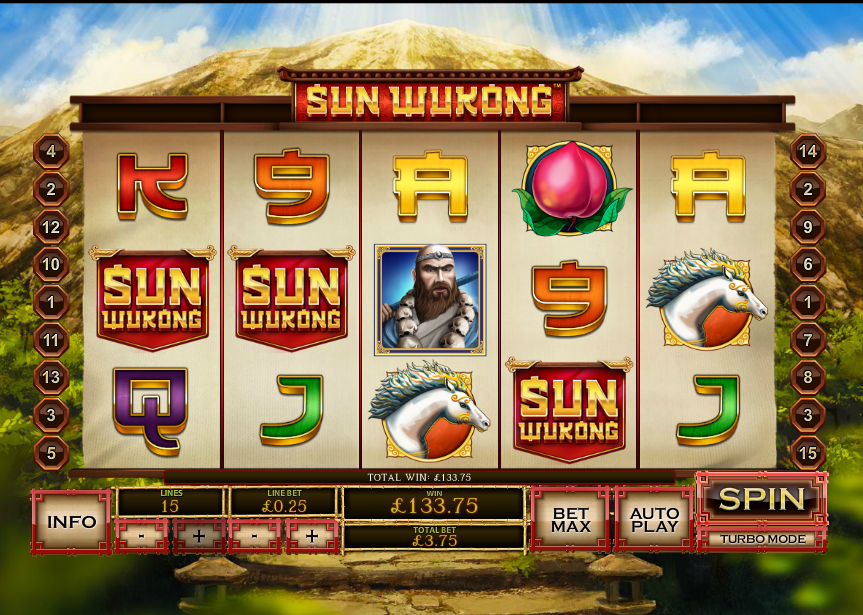 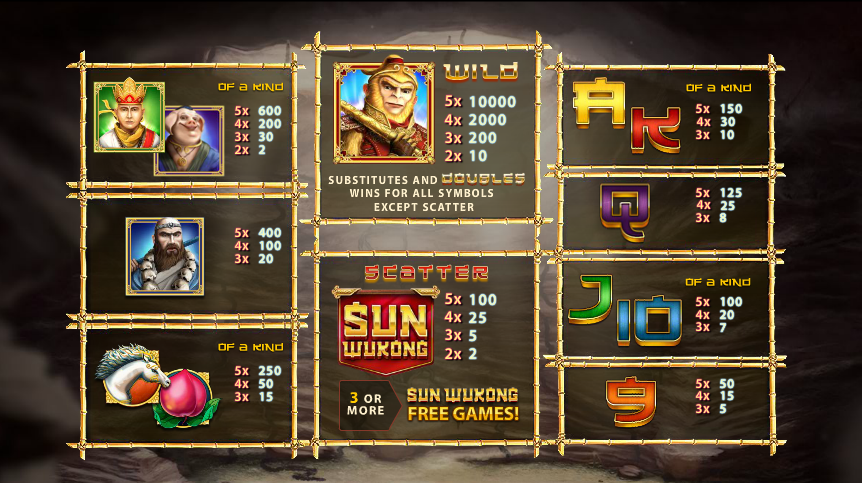 Those online slots fans of a certain age will no doubt remember Monkey, a Japanese TV show based on a Chinese tale; this oriental-themed game from Playtech will be extremely familiar to those viewers and it’s called Sun Wukong, which roughly translates as Monkey King. Read all about it below.

Sun Wukong is a five reel slot with three rows and up to fifteen paylines; there’s plenty of Chinese music to accompany your gameplay and the stylish reels sit against a backdrop of mountains and greenery.

There are five high value, theme-relates symbols including Tripitaka, Pigsy and Sandy, Tripitaka’s horse and a peach (part of Monkey’s original downfall); 9, 10, J, Q, K and A make up the lower values.

Monkey himself is the wild symbol, he will double any wins to which he contributes and he will replace all others except the scatter – that’s the Sun Wukong logo which activates the main feature.

This is triggered by landing three or more of the Sun Wukong scatter symbols anywhere in view and you now get the chance to pick from three different bonus variations:

Our unscientific calculations of multiplying the spins and the multiplier together suggest that there is no benefit of one choice over another so the choice is yours.

More free spins can be retriggered by landing three more scatter symbols during this round.

Sun Wukong is probably one of our favourite orientally-themed slots purely because of the inclusion of the various Monkey characters and the nostalgia for a show which went off air probably in the early 1980s. It’s a high quality game though and well worth trying out with some nice free spin features and an RTP of exactly 96.00%.