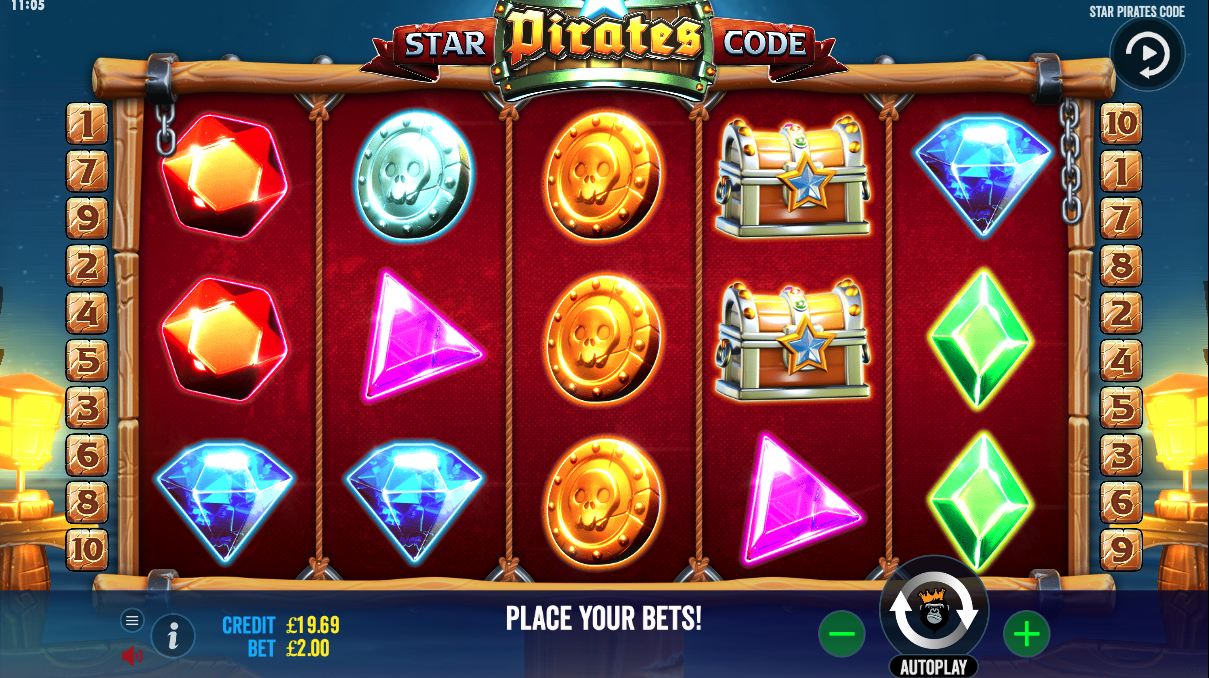 For a 17th century mariner seeing a pirate ship on the horizon was a terrifying prospect but even worse would have been a ghost pirate ship like the one featured in this online slot from Pragmatic Play – it’s called Star Pirates Code and it promises to haunt players with Wild Compass respins and multiplier wins.

Star Pirates Code is a five reel slot with three rows and ten fixed paylines; the calm Caribbean waters set the scene with the yellow lights from the ghostly lanterns illuminating nothing really.

There are just seven regular symbols in play here including the treasure chest, gold coins, silver coins and gems in blue, red, green and purple; the skull and crossbones is the regular wild and the compass is the special wild.

This is the only feature in this slot but it hits fairly regularly and it’s triggered by landing at least one of the Wild Compass symbols anywhere on reels two, three or four; the compass will then spin and add more wilds in the direction it’s pointing on those three reels.

The payout will be made and then the wilds will stick in place for one more respin. If any more wild compasses land there’ll be another respin and the round only ends when no more compasses land. If a wild ends up on top of another wild then that position will have its win multiplier increased by 1x.