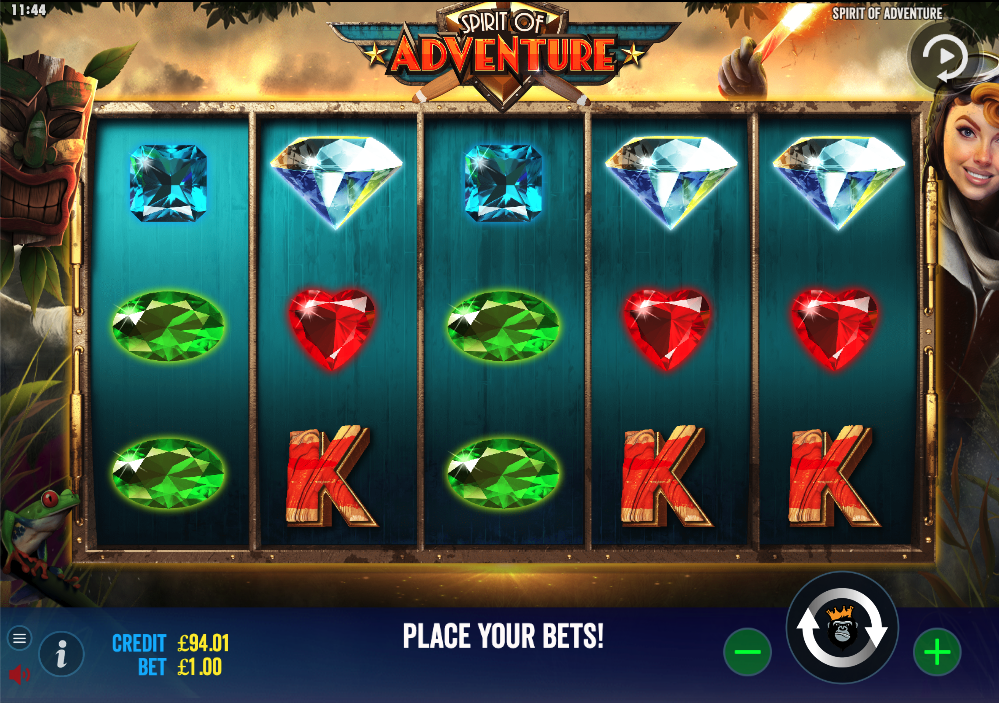 If you’re looking for an online slot to evoke the invention and exploration of the early 20th century then look no further than Spirit Of Adventure, this entertaining release from Pragmatic Play; it tells the story of a lone pilot in the South Pacific and her efforts to track down mysterious relics and cash prizes.

Spirit Of Adventure is a five reel slot with ten fixed paylines and all the action takes place in some sweaty jungle location where various small animals struggle for survival under the warm, cloudy sky.

The high value symbols are the various gems while the medium values are the relics – swords, shields, masks and golden cups – which can pay out as mixed. 10, J, Q, K and A are the lower values. The pilot is wild and the games logo is the scatter.

Landing three four or five of the scatter symbols anywhere in view will award 8, 10 or 12 free spins respectively but that’s just the start of this lengthy feature.

The wild pilot constantly moves around the reels during this round and she’s accompanied by a radar which scans symbols directly around here – if any relics land in this area their displayed prizes is awarded and the respective meter above the reels is incremented. When a meter is full all those relics will have a win multiplier of between 2x and 10x. In addition an extra 3, 4 or 5 free spins are awarded.

If an island symbol lands during this round a random number if extra relics will be added in view. On the final spin a flaming mask appears on the reels and from this point on the spins will continue until the pilot and the mask land on the same position.