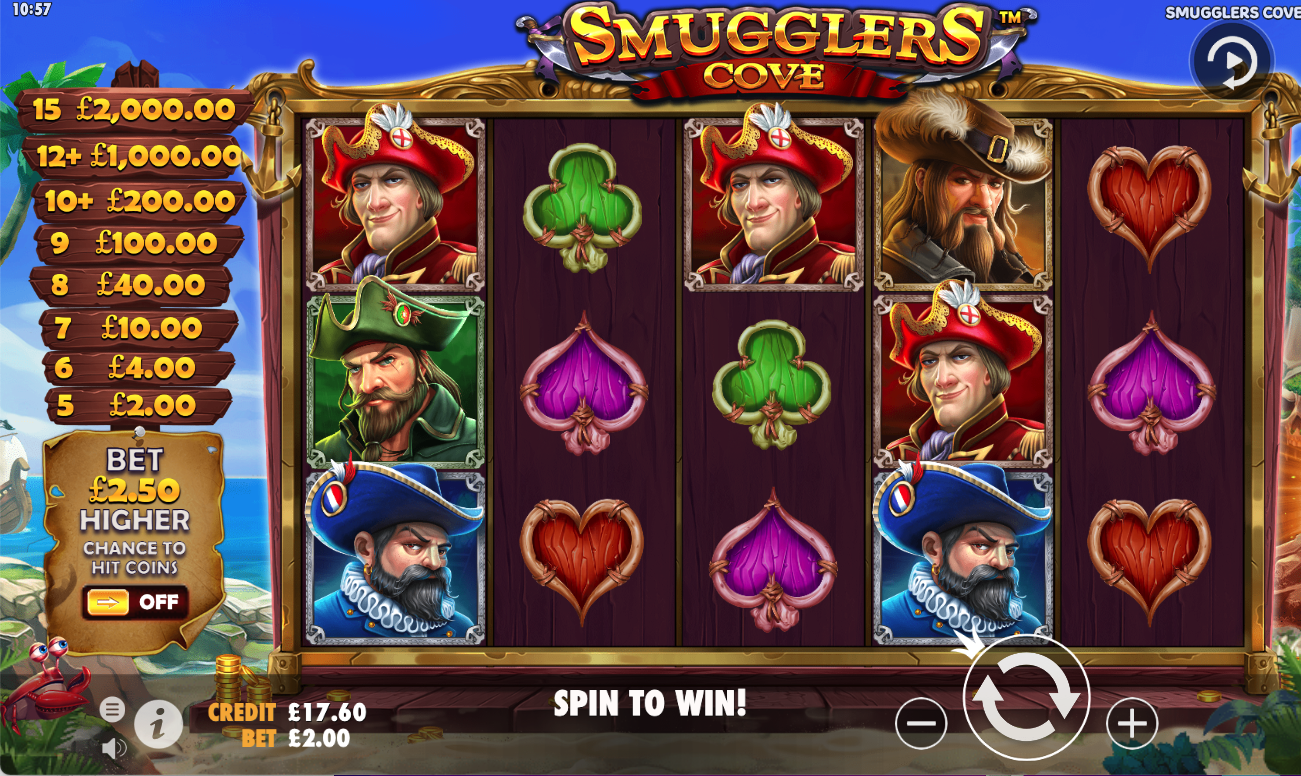 There’s some hidden treasure in a place called Smugglers Cove and the way to get your hands on it is to match the symbols and trigger the features on this online slot of the same name – it’s developed by Pragmatic Play and from £0.20 per spin those buried prizes include free spins and the Treasure Bonus.

Smugglers Cove looks sunny enough to be in the Caribbean and behind those five reels and twenty paylines there are cheerful crabs, glowing prizes and pirate ships bobbing about in the calm water.

Four pirate captains in helpfully differing colours – green, red, blue and brown – represent the higher value symbols while playing card symbols in similar colours make up the lower values. The ‘wild’ coin is wild and the skull and the gold coins are the bonus symbols.

Landing at least five of the gold coins anywhere in view will activate this feature and the prize is a multiplier of the total bet between 1x for five coins and 1000x for fifteen coins. If you’re lucky enough to a wild coin or a super wild coin on reel five on the same spin then another multiplier of up to 10x will be applied to the total win.

For a higher chance of triggering this feature there’s an option to increase the stake by 25%.

This is triggered by landing at least three bonus symbols anywhere on the reels and you’ll receive 8, 10, 12, 15 or 20 free spins depending on the generosity of the machine; 8 more spins can be won during the round by landing three more bonus symbols.

The Treasure Bonus is also active during this feature with multiplier prizes ranging from 1x to 10,000x.