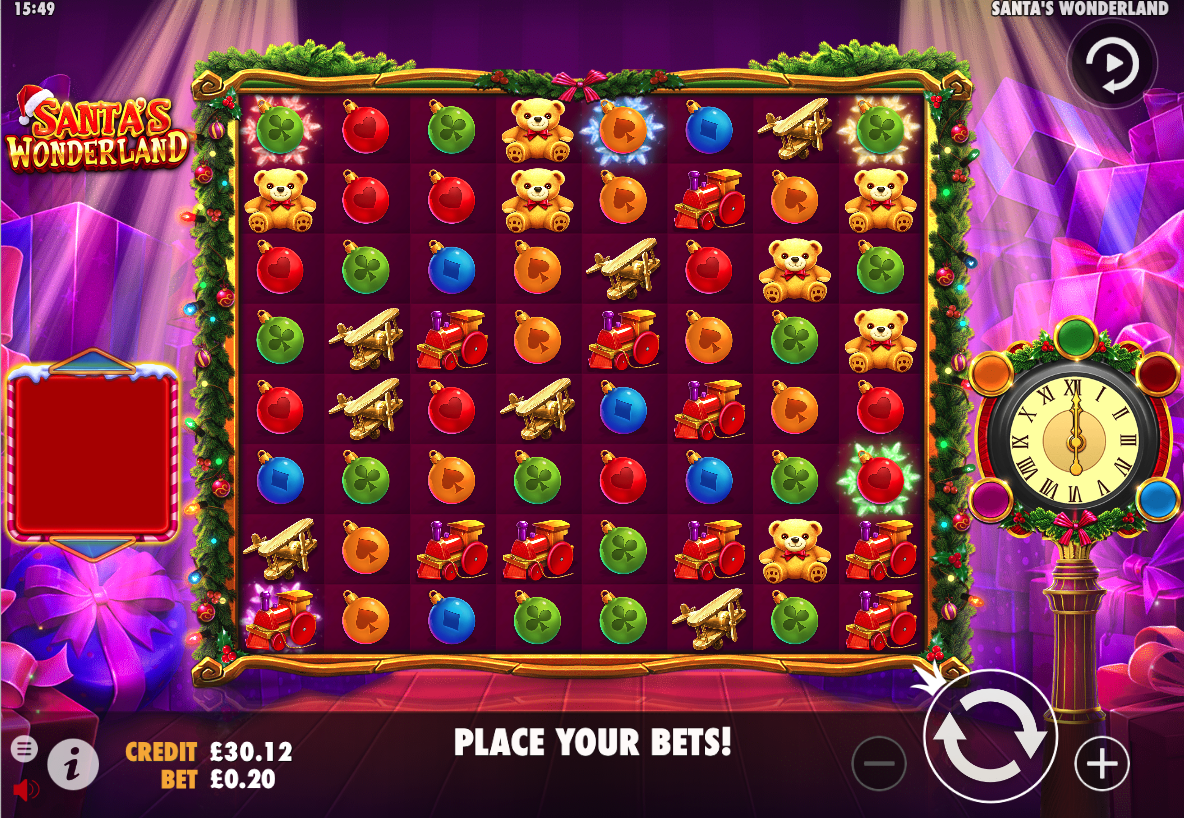 It doesn’t really matter if you’ve been good or bad this year, everyone gets the same chance to play and win on this Christmas-themed online slot from Pragmatic Play – it’s called Santa’s Wonderland and it comes with a cluster gameplay mechanic with five different reel modifiers and the Midnight Riches main bonus feature.

An 8×8 grid is where all the gameplay takes place and behind those festive reels there are stacks of purple-hued gifts waiting to be delivered; the clock on the right hand side takes note of any modifiers won and the list on the bottom left displays any wins on this particular spin.

The symbols are a Christmassy bunch and include teddy bears, toy trains and aeroplanes along with four tree baubles of various shiny colours; Santa is the wild symbol.

There’s a tumble gameplay mechanic at work here in which forming a successful cluster of at least five matching symbols will cause those symbols to disappear and make way for more to fall in from above, potentially continuing the process.

On every spin snowflakes in different colours will appear on five randomly-selected positions and if you can create a win on at least one of those positions the following features are awarded:

It’s possible to trigger more than one of these features in a spin and if that happens they’ll activate in the order listed above.

Every symbol in a winning combo is collected on a particular spin and listed on the left hand side; when 140 have been grabbed the Midnight Riches feature begins at Level One with a 3x win multiplier and all five Spin Features guaranteed to occur on this spin.

Collecting symbols on this spin can lead to higher levels for the next spin with bigger multiplier rewards:

The feature ends when you fail to collect enough symbols to advance to the next level.