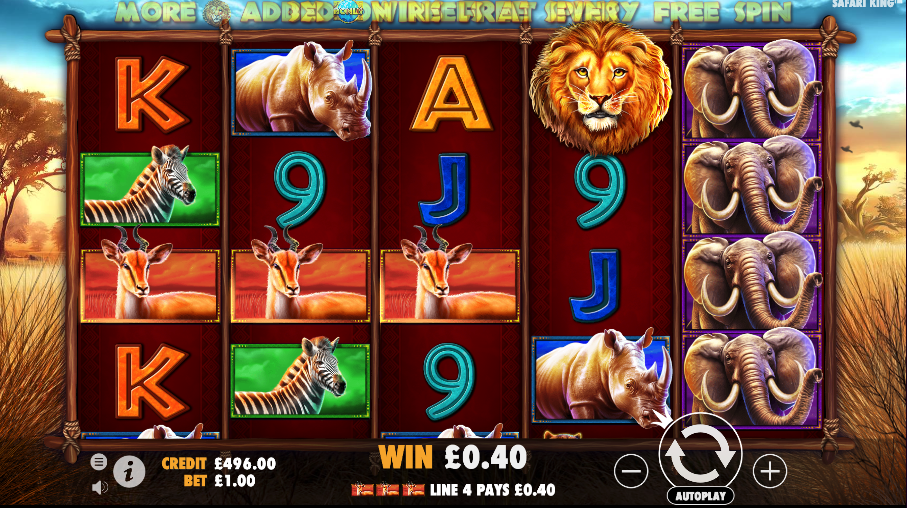 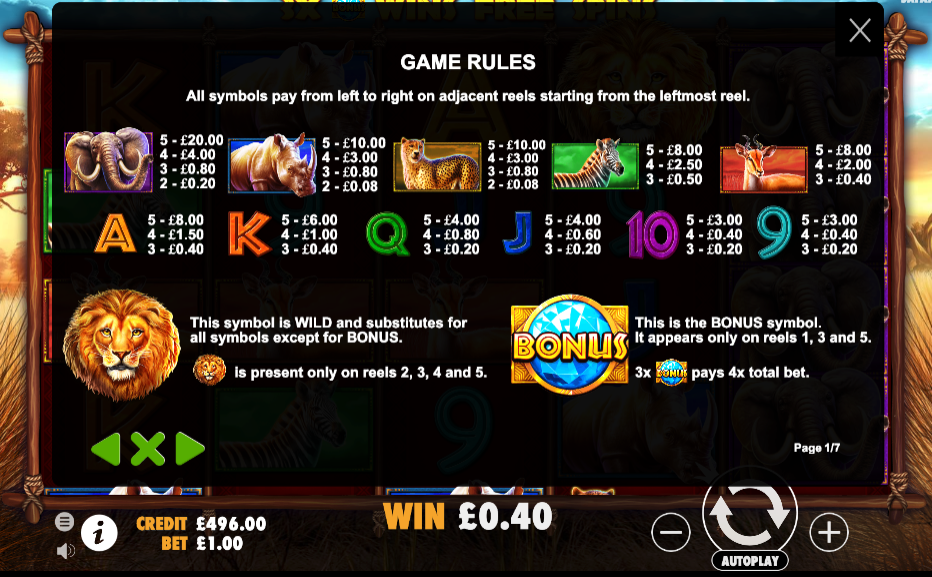 The scorching plains and wide grasslands of Africa are our destination now as we run the rule over this wildlife-themed online slot from Pragmatic Play; it’s called Safari King and it offers players a glimpse of some amazing animals as well as an enhanced free spins round.

Safari King is a five reel slot with four rows and fifth fixed paylines; tribal music and drums accompany your gameplay which takes place on a set of reels bound to a frame made of sturdy branches; the backdrop is a view of the dry savannah with the odd bird flying across the scene.

The higher value symbols are some familiar safari animals including elephants, rhinos, cheetahs, zebras and something like an Impala or Kudu; 9, 10, J, Q, K and A make up the lower values.

The lion is appropriately wild, he appears only on reels two to five and he’ll substitute for all others to help form winning combos except for the sparkling bonus symbol.

This is triggered by landing three of the sparkly bonus symbols anywhere on reels one, three and five; you’ll receive an initial eight free spins but these can be extended with one more spin added with each bonus symbol appearing during this feature.

The extra good news is that before each free spin a wild symbol is add to reels two, three, four and five so after a few spins there are plenty of wild symbols available to help out with some bigger wins.

Safari King takes us deep into the African wilderness to visit some impressive animals but also to take a shot at winning a bit of cash, especially in the free spins round; it’s big, bold, colourful and it comes with suitably tribal soundtrack.