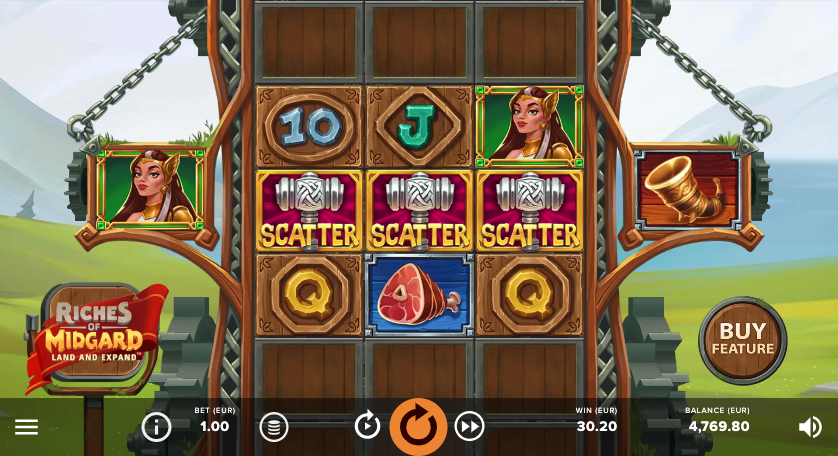 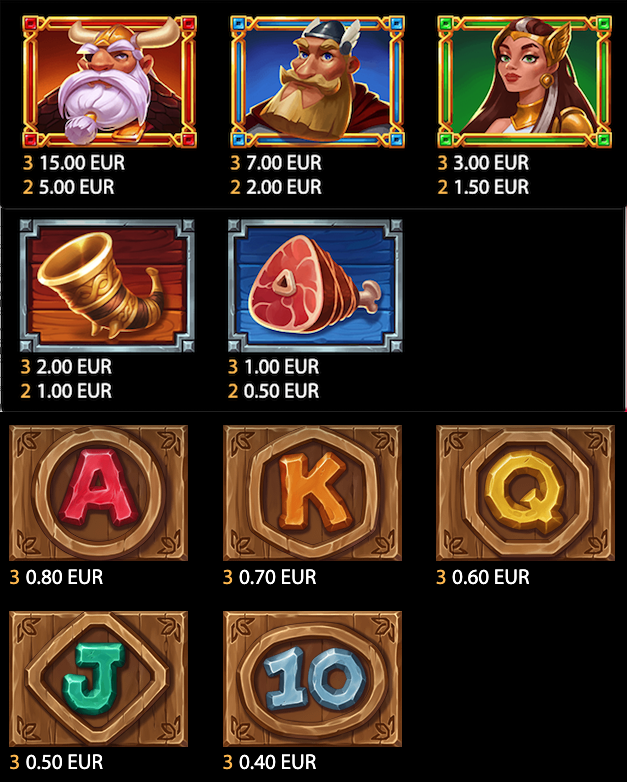 In Norse mythology Midgard was the name for Earth and we’re taking a trip back to those times now in the company of Net Entertainment and their online slot, Riches of Midgard: Land and Expand; from £0.10 per spin there’s some innovative gameplay available along with free spins and respins.

Riches of Midgard: Land and Expand is a three reel slot with three rows and nine paylines; the symbols spin on a mechanical structure complete with large cogs and moving parts and we’ll explain why there are separate positions on either side a bit further down.

The five high value symbols include three Viking characters from this story, a drinking vessel and a side of ham; 10, J, Q, K and A carved from wood are the lower values. The golden ‘Wild’ is wild and the hammer is the scatter symbol.

The Hot Spot Reels are the separate positions on either side of the main reel set and although they don’t contribute to payline combinations they will trigger the respins if they display matching symbols along with at least two more matching ones on the main set.

Those matching symbols will all lock in place and expand to fill their respective reels while any other reels will respin to try and improve the win. There’s always a guaranteed win here, even if the locked reels are not adjacent or starting from the left hand side.

This is triggered by landing three of the hammer scatter symbols anywhere in view and you’ll receive eight free spins initially. Once the round starts each hammer which lands on reel three will award an extra two spins plus an extra row added to the reel set. If all seven rows are active there will be twenty nine paylines active.

The wild symbol only appears during this round and only on the left hand Hot Spot but it will always match the symbol appearing on the right hand side, making it easier to activate the Land & Expand Respins.

Some casinos may offer the opportunity to buy straight into the free spins feature and this will cost 80x the stake.

Riches of Midgard: Land and Expand is another clever slot from Net Entertainment with an innovative gameplay mechanic and two potentially profitable features, one of which triggers regularly. This is a not-to-be-missed Viking-themed outing.