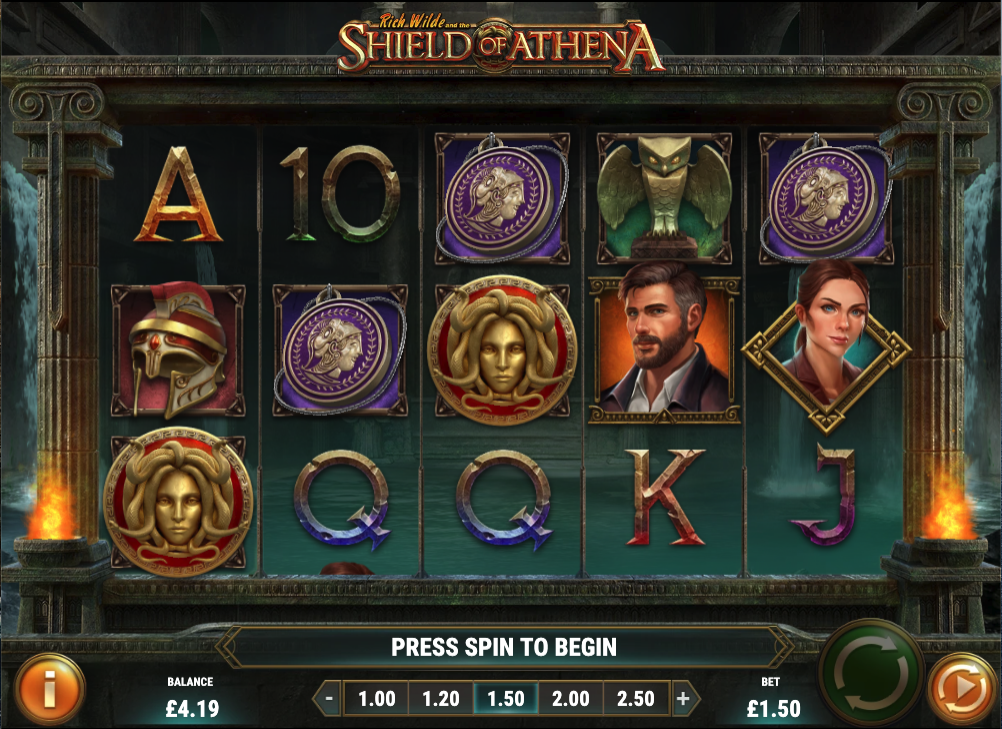 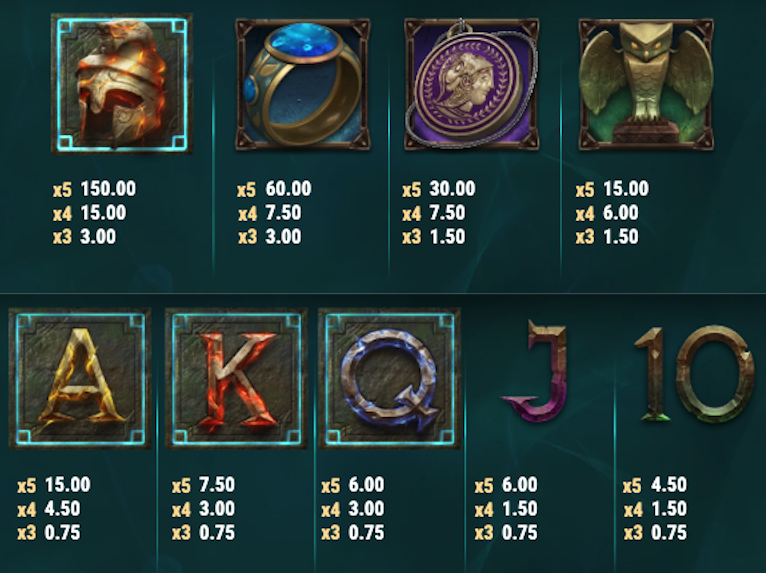 We haven’t seen Rich Wilde around for a while but if you’ve been concerned about his well-being then fear no more – he’s back in Rich Wilde and the Shield of Athena, an online slot from Play N Go themed on the Greek goddess of wisdom which promises players free spins and wild respins.

Rich Wilde and the Shield of Athena is a five reel slot with three rows and ten fixed paylines; the setting for this adventure is an underground temple around which water pours from waterfalls to set the scene.

The high value symbols include the helmet, the ring, the pendant and the golden owl; 10, J, Q, K and A represent the lower values. Rich himself is wild and he’ll replace all standard symbols to help form winning combinations; Cat Wilds and the The Shield are the special symbols.

Watch out for the The Shields landing anywhere in view because when they appear they can trigger the Medusa respin; the shield (or shields) will lock in place and act as a wild symbol for one spin; if there’s a win then those symbols plus any more shields will lock and award another spin. Rich will also turn into a shield if he lands here.

Landing three, four or five of the Cat Wilde scatter symbols anywhere in view will award 10, 12 or 15 free spins respectively – more spins can be retriggered in the same way an unlimited number of times. During this round The Shield will always trigger the Medusa respins feature.

Rich Wilde doesn’t usually let us down and that’s the case here in an enjoyable slot themed on the Greek goddess Athena; the Medusa Respins bonus keeps things ticking along nicely until Cat Wilde eventually triggers those free spins.