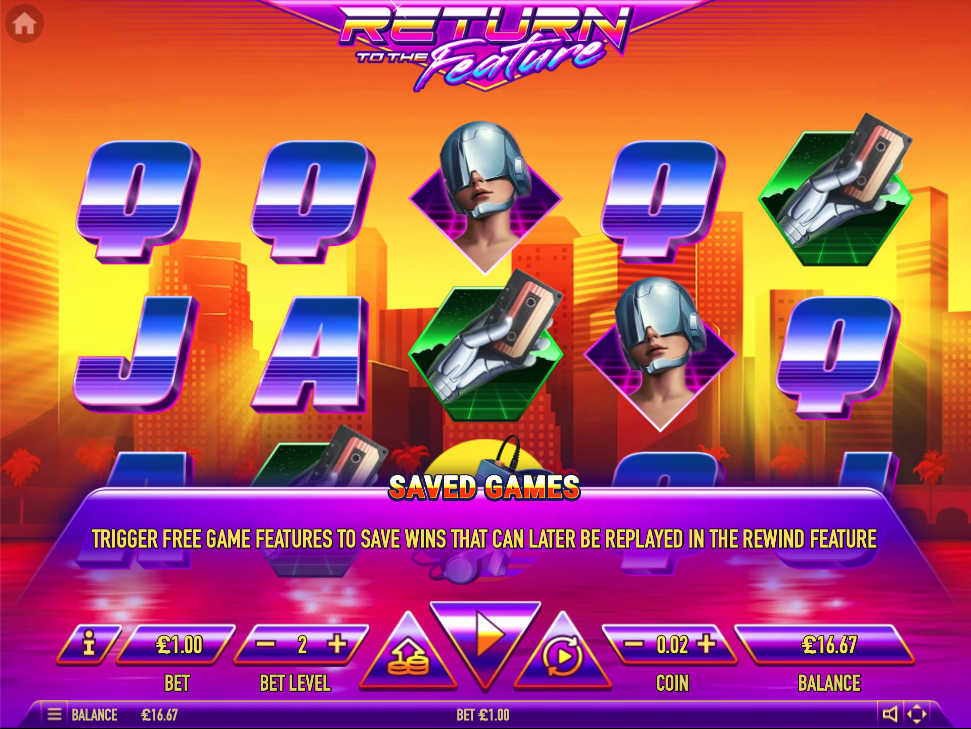 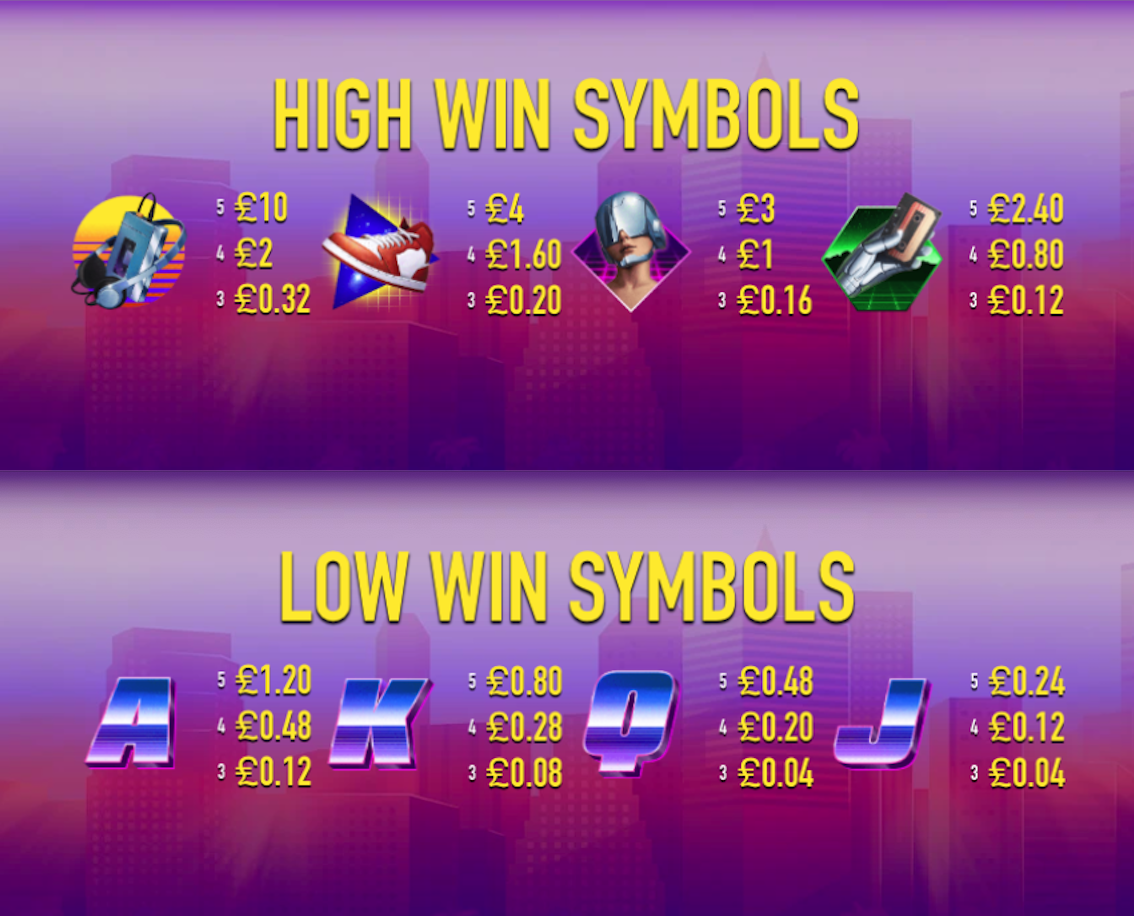 Join us now as we travel to a time in the future when iconic items from the past are celebrated – this is an online slot called Return to the Features, it’s developed by Habanero Systems and along with free spins and respins it comes with the opportunity to replay your best feature wins.

Return to the Feature is a five reel slot with three rows and 243 ways to win; there’s a 1980s feel to the design and soundtrack with a bright backdrop illuminated by the sun rising over some blocky skyscrapers.

The high value symbols include a Walkman, a cassette tape, a girl in a VR helmet and a basketball trainer; J, Q, K and A represent the lower values. The car is wild and the special symbols are the ‘Rewind’, the golden cassette Money icon and the detonator.

Return To The Feature Bonus Features

Landing three, four of five of the detonator scatter symbols anywhere in view will award 10, 20 or 100 free spins respectively; there are no enhancements during this round and it can’t be retriggered.

This is triggered by landing at least three golden cassettes anywhere in view but if you only land two you’ll receive a multiplier prize of up to 2888x the stake.

When the Money Respins begin the cassettes are locked in place and you’ll have four spins to land and lock some more – each one will reset the spins to four again. Each cassette has a cash prize attached and when the spins are over you’ll receive the total amount – filling all positions will also apply a 10x multiplier to that prize.

The Rewind symbol won’t appear on the reels until you’ve triggered your first free spins round but after that three such symbols will activate the Rewind feature; the machine remembers the best seven free spins results and plays one, two or three again depending on whether the Rewind feature is triggered with three, four or five symbols. The extra good bit of this bonus is that wins may pay in both directions and all wins can sometimes be doubled.

The two big draws for Return to the Feature are the retro science fiction theme and the Rewind feature which is something we’ve not seen before; it’s clever stuff and comes with a nice high RTP of 96.80%.

Return to the Feature FAQs

Return to the Feature is a science fiction-themed video slot from Habanero Systems with five reels and 243 ways to win.

The Return To Player percentage for Return to the Feature is 96.80%.

How To Win On Return to the Feature?

Where can I play Return to the Feature?