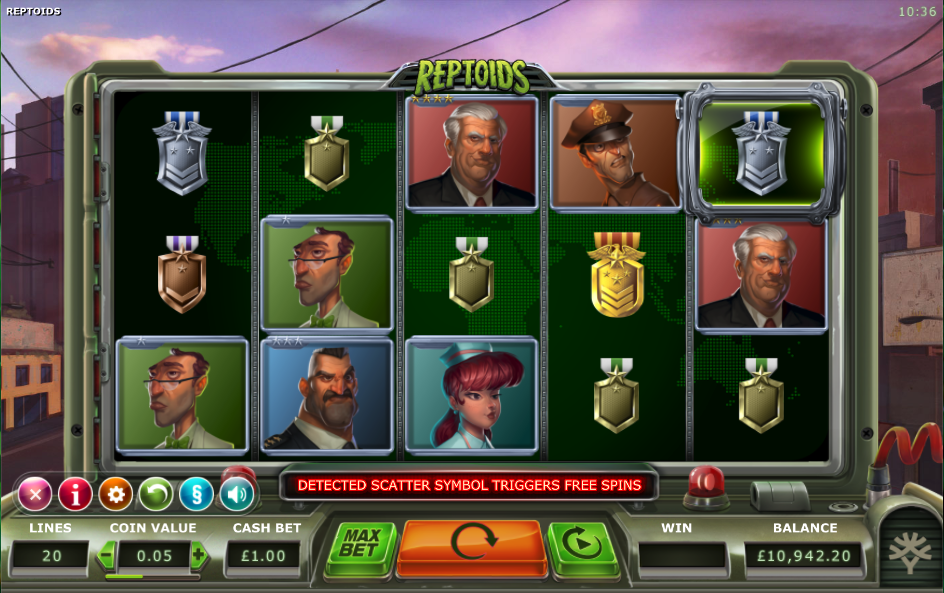 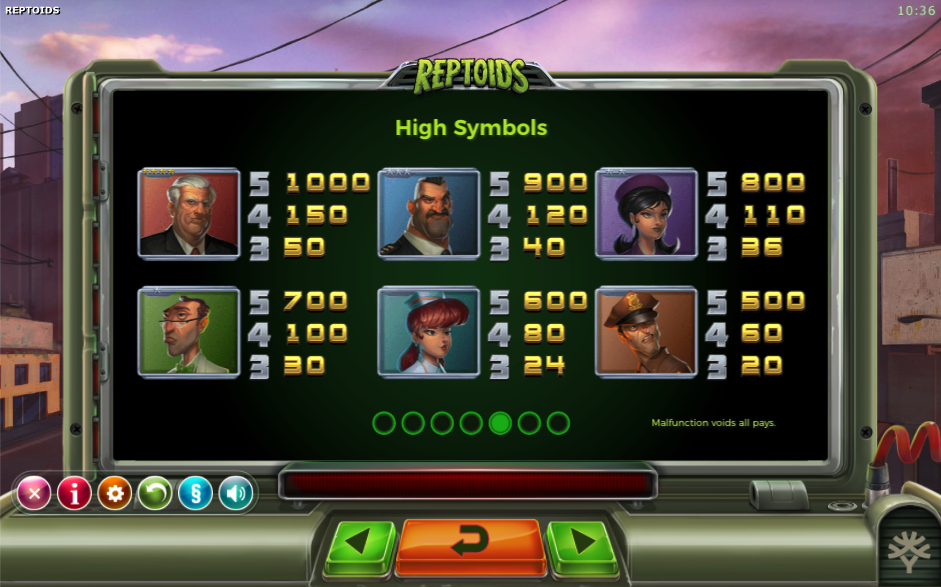 This online slot from Yggdrasil Gaming tells the story of a world invaded by creatures who can transform into humans – these are the Reptoids of the title and uncovering them will reward you with free spins and cash prizes.

Reptoids is a five reel slot with three rows and twenty fixed paylines; those symbols spin within a contraption which is designed to detect those alien intruders while the backdrop is that of an industrial street in an unnamed town.

The six high value symbols are all Reptoids in human form – businessmen, soldiers, nurses and the like – while the lower values are four military medals of various hues.

We’ll explain how the wild works shortly but when it appears it will replace all others to help form winning combos except for the gold coin scatter symbol.

A constant feature of the reels is the Repto Detector which shifts randomly from position to position on each spin; if it lands on a character the Reptoid will be uncovered and all matching symbols in view will become wild.

This is triggered by landing a scatter symbol in the Repto Detector for which you will receive an initial seven free spins; that may not sound like many but for every two Reptoids uncovered during this round you’ll receive an extra two free spins up to a maximum of six.

In addition any Reptoids which are uncovered by the Repto Detector will remain in place until the spins end which can mean a reel set occupied by plenty of wild symbols.

Reptoids is another really entertaining slot from Yggdrasil which uses a clever mechanism to create wilds and to activate the free spins; there’s an early 1990s TV vibe to the design which we like and an RTP of 96.10%.