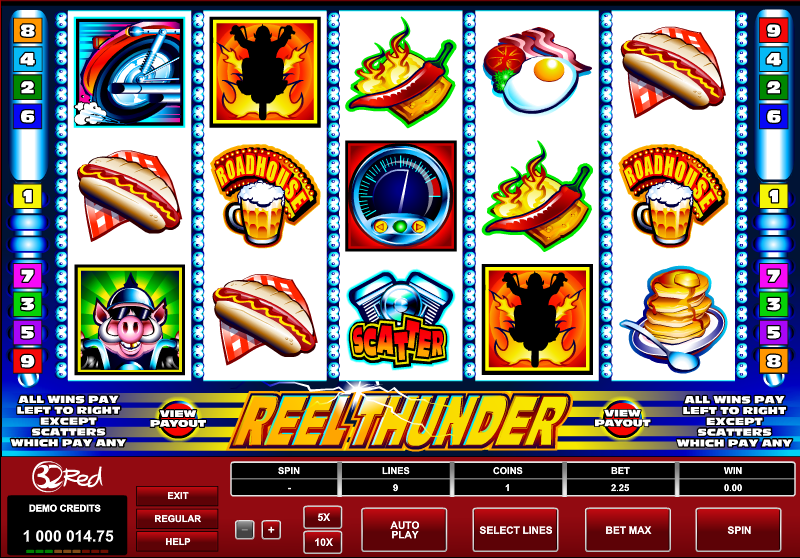 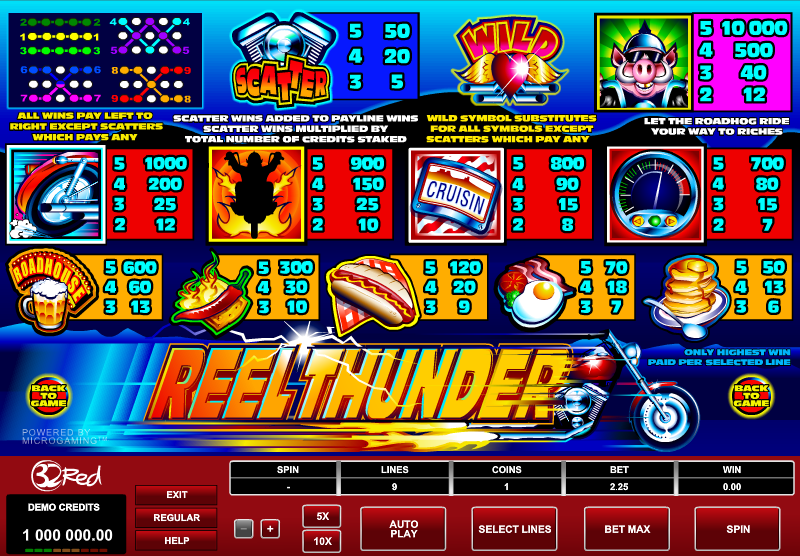 A glimpse of life on the open road awaits anyone wanting to check out Reel Thunder; it’s a colourful online slot from Microgaming in which the main character is a pig riding a chopper – literally a hog on a hog. What it lacks in bonus features it makes up for in clear graphics and amusing sound effects so read on to find out more.

Reel Thunder is a five reel slot with three rows and up to nine paylines; this is one of the older Microgaming releases designed before pretty backgrounds were de rigeur and there’s a certain attraction in this simple style.

The symbols are all related to our protagonists journey along the highways and byways and include roadhouse food such as pancakes, eggs and bacon, a hotdog, a chilli pepper and a foaming beer. Other symbols include a speedometer, a number plate, the silhouetted hog on his bike, a spinning rear wheel and the grinning hog himself, worth 10000x your line stake for five on an active payline.

The wild symbol is a sparkling heart with gold wings on top of twin exhausts and it will substitute for everything else except scatters. That scatter symbol is a gleaming engine part and will pay out for three or more appearing anywhere in view.

There are no bonus features in Reel Thunder so the enjoyment is all in the basic gameplay and the sound effects which offer occasional clips of motorbike noises along with more standard slot sounds.

There’s nothing much wrong with Reel Thunder is you’re looking for something basic; it has a fairly wide betting range between £0.25 to £90.00 and a better-then-average RTP of 96.95%. Check it out if you like, but perhaps not for too long.