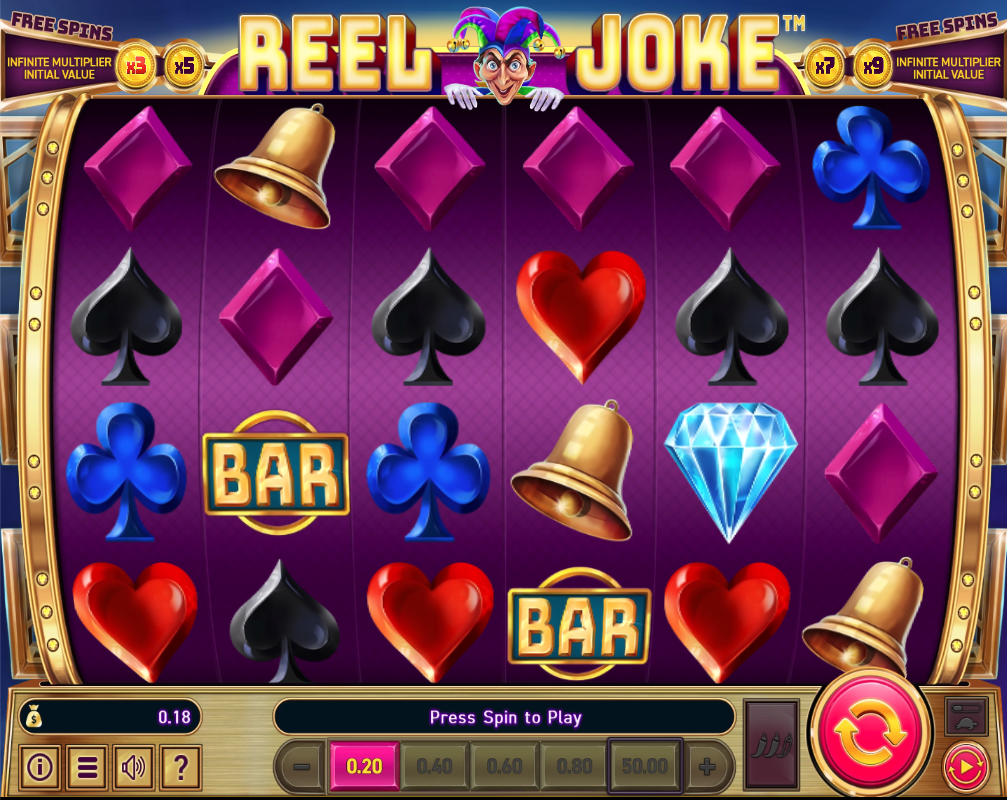 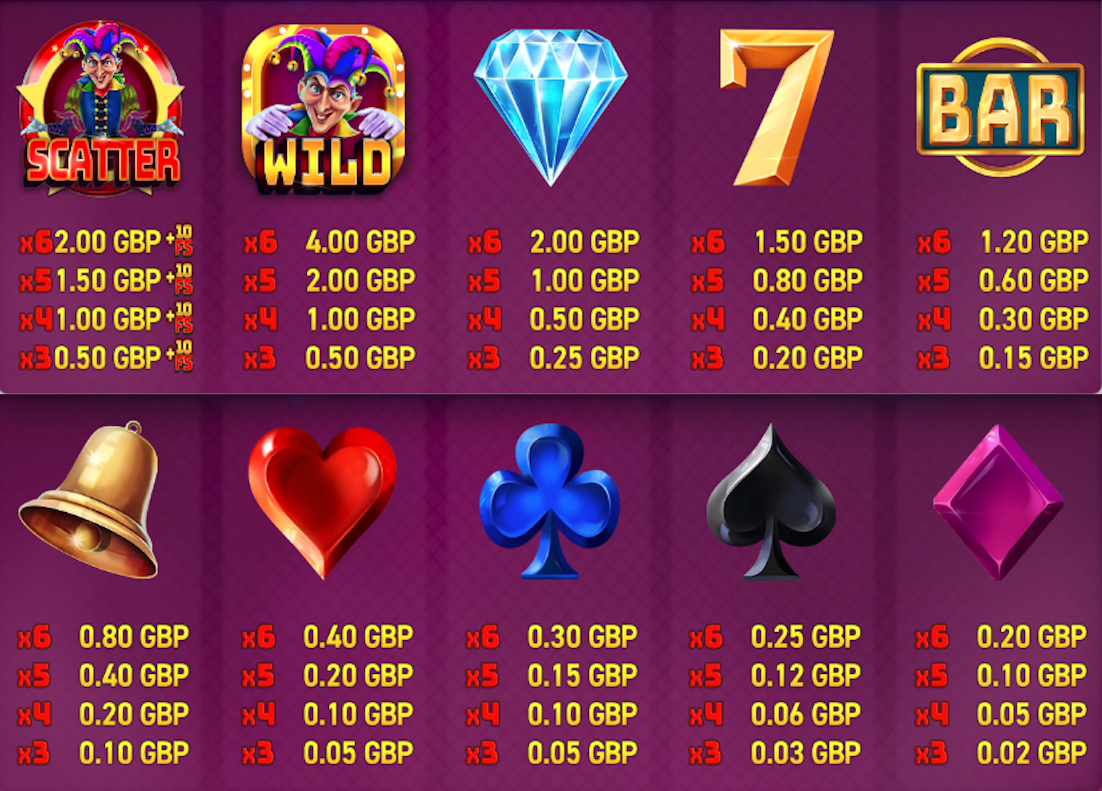 Some classic reel spinning action combines with clever features in this online slot from Wazdan; it’s called Reel Joke and from £0.20 per spin it tempts players with an innovative free spins round and ‘infinite’ multipliers in that feature.

High value symbols include the diamond, the golden seven, the Bar and the bell; playing card symbols in red, blue, black and purple represent the lower values. The jester in the gold frame is wild and the jester in the circular frame is the scatter.

Landing at least three of the jester scatter symbols anywhere in view will award an initial ten free spins but these can be retriggered in the same way when the round starts.

Whenever a winning combination lands during the feature the reels will all move one position to the right and allow new symbols to appear on reel one – if another combo is formed or a current one is extended then the process continues, also increasing the multiplier value by 1x with no maximum; in this way the multiplier value is ‘Infinite’.

We particularly like the way that a classic design has been integrated with a clever bonus feature to produce a slot which is familiar and entertaining at the same time – highly recommended!