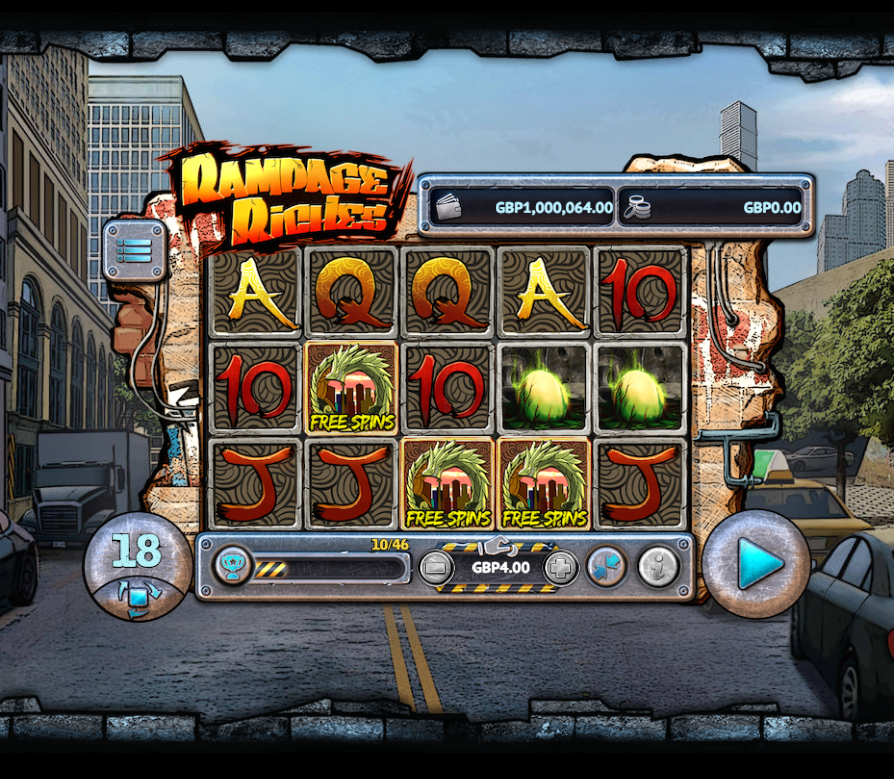 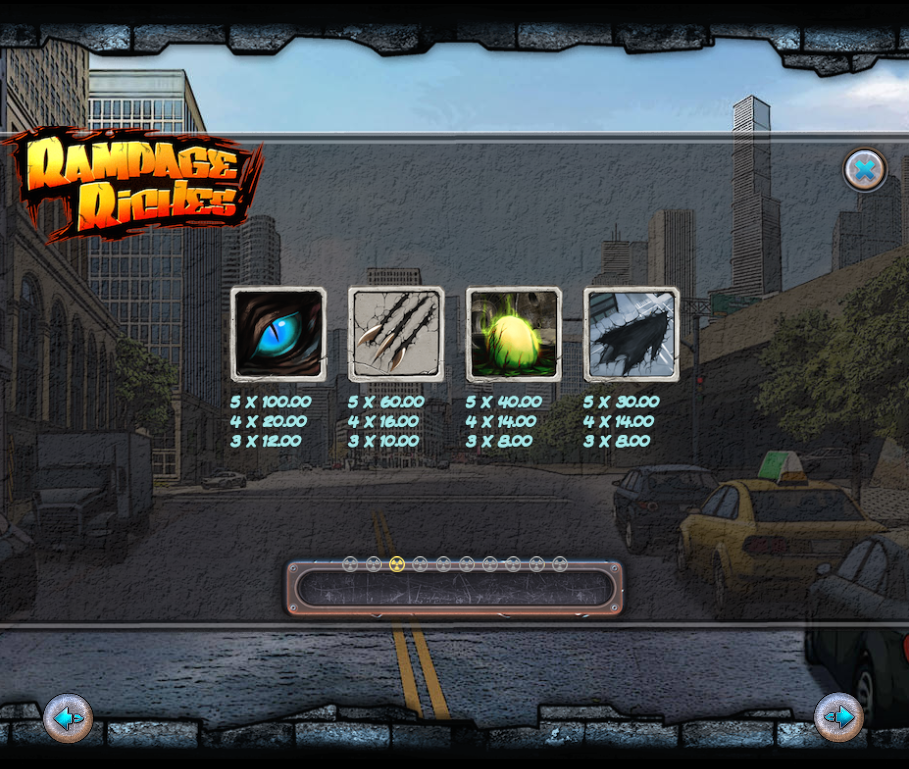 Rampage Riches is an interesting and colourful online slot developed by Lost World Games on the Odobo development platform. The theme is a slightly odd one and revolves around mutated monsters causing mayhem and destruction in some unnamed American city. Read the full review below for more information about the bonus features and how to trigger them.

Rampage Riches is a five reel slot with three rows and twenty fixed paylines; the reels spin on a fragment of damaged wall and the background is the city about to be smashed up.

There are several characters in this story (not symbols) including Chronos, Tyranazoid, King Genma, Giga Shell and Allirog – you can read their back stories in the paytable.

The four high value symbols are a monster’s eye, ripping claws, a glowing green egg and a monster’s footprint; lower values are the standard 10, J, Q, K and A.

There are two wild symbols, a standard one and an exploding wild (more details below), the bonus symbol is a flying monster and there’s a ‘Free Spins’ icon which appears on reels two, three and four.

The Exploding Wild symbol appears only on reel three and has a chance of triggering this feature in which up to five more symbols on the reels will be turned wild.

Trigger this by landing three bonus symbols anywhere on reels one, three and five and you now get to pick one of four monsters to take part in a picking round. This is the equivalent of a monster battle and the further you get through the various levels the greater the prizes.

The little trophy icon under the reels reveals a list of all your achievements (play 100 spins, trigger bonus, etc) if you like to keep a track of that sort of thing.

Rampage Riches is clearly influenced by by Japanese monster movies and it’s all the better for it; it’s an entertaining jaunt with some easily triggered bonus features and it’s one to recommend.