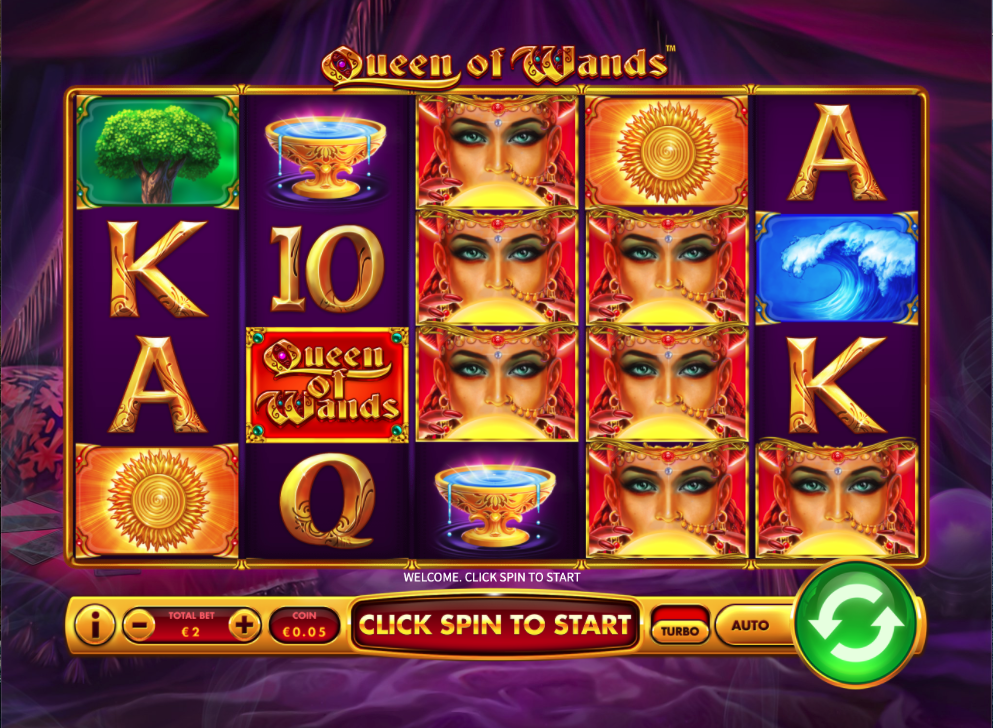 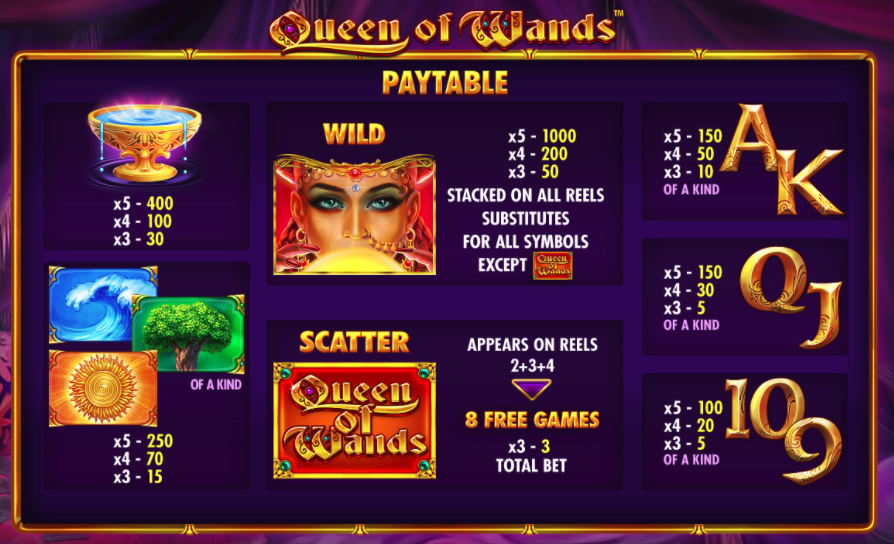 Somewhere in a Middle Eastern desert there’s a luxurious tent filled with expensive carpets and cushions and it’s here we’ll find the Queen of Wands, the inspiration behind this online slot from Skywind; it tempys players with free spins, extra wild symbols and comes with a bet per spin of £0.40 to £200.00.

Queen of Wands is a five reel slot with four rows and forty fixed paylines; the interior of the aforementioned tent provides the backdrop to those gold-framed reels and there’s an appropriately twinkly soundtrack to accompany your gameplay.

The high value symbols include a golden cup full of water, a huge w3ave, a tree and a stylised sun; 9, 10, J, Q, K and A make up the lower values. The queen herself is wild, she may appear stacked on all reels and she’ll replace all symbols except for the Queen of Wands logo to help create winning matches.

The Queen of Wands scatter symbol appears on reels two, three and four and if you can land three there on the same spin then the free spins will be triggered; you’ll receive an initial eight free spins but more can be earned indefinitely during this round by landing three more scatters.

As an added extra there are more wild symbols present on the reels during the free spins which means that you’re more likely to land some wins (and hopefully some big ones) in this feature.

Queen of Wands doesn’t have the innovative gameplay of other Skywind slots such as Rambo but it’s enjoyable nonetheless with some high quality graphics and plenty of free spins available for the luckier players.