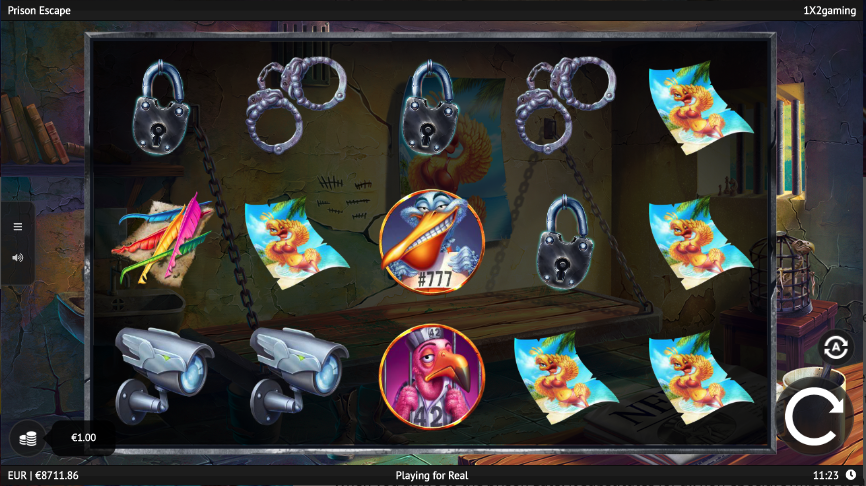 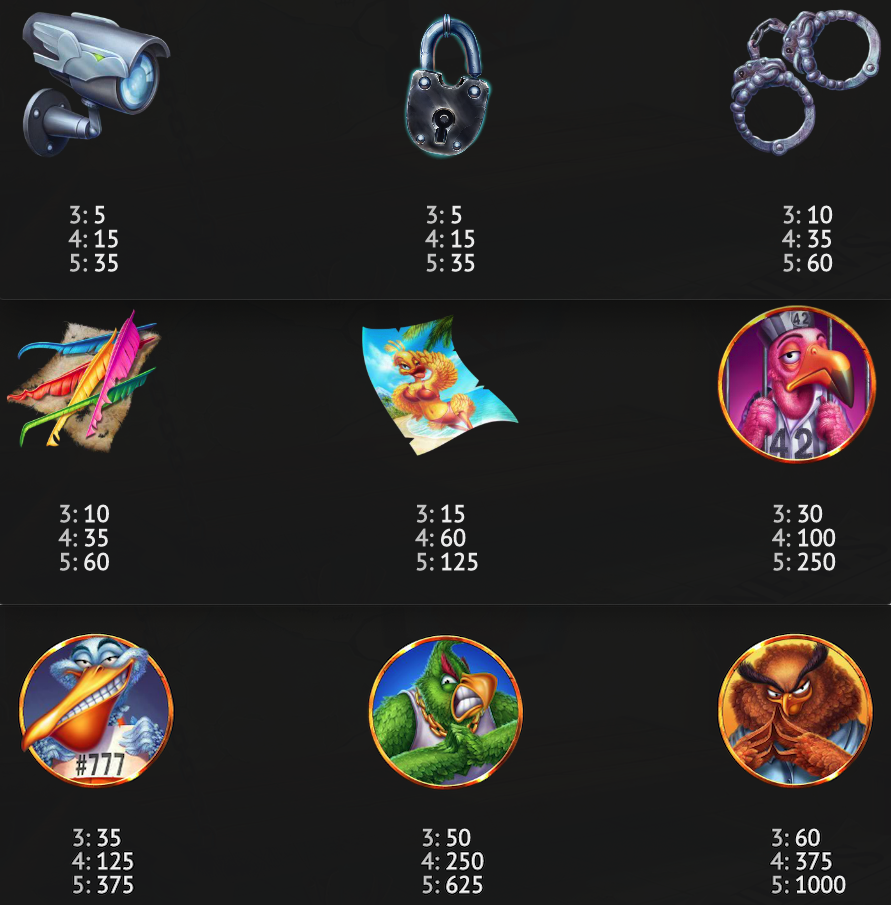 A life behind bars is probably not a pleasant one, especially if you’re locked up with the assortment of animal characters who feature in Prison Escape, this crime-themed online slot from 1×2 Gaming; you’re only respite from hard labour could be the free spins round with its sticky wilds!

Prison Escape is a five reel slot with three rows and twenty five fixed paylines; through those transparent reels we can see the setting is the interior of a prison cell where a few books, a dead bird and a tiny window are the sole comforts. 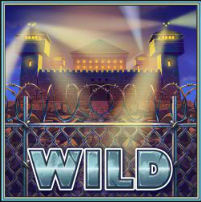 All the symbols are tied to the theme and include a security camera, a padlock, a pair of handcuffs, some colourful feathers (quill pens?), a photo and then four incarcerated animals of various demeanours.

The view of the prison from the outside is the wild and it will substitute for all standard symbols to help form winning matches; the pigeon prison officer is the scatter symbol and key to the main feature. 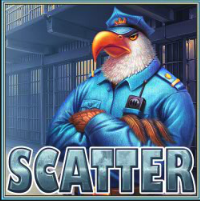 Landing three of the pigeon scatter symbols anywhere on reels one, three and five will award five free spins initially but the good news is that wild symbol which lands during this round; the even better news is that each one of those wild symbols landing will stick in place until the round ends meaning that the chances of big wins increases as the spins stack up.

Prison Escape doesn’t really offer much in the way of creativity in terms of gameplay but it’s a perfectly playable slot with an unusual theme and some nice graphics – give it a go if it looks like your cup of tea.