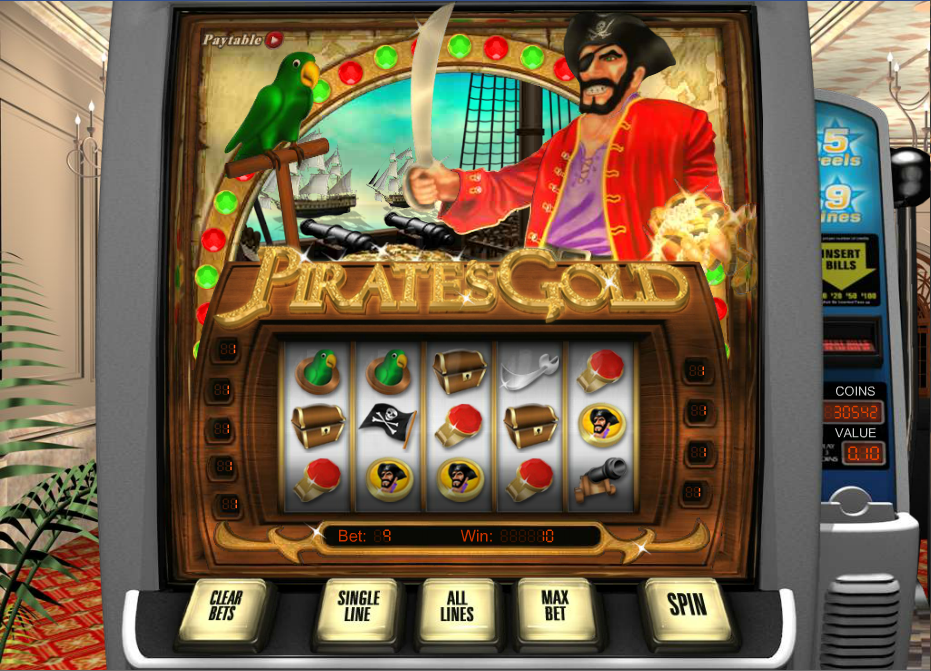 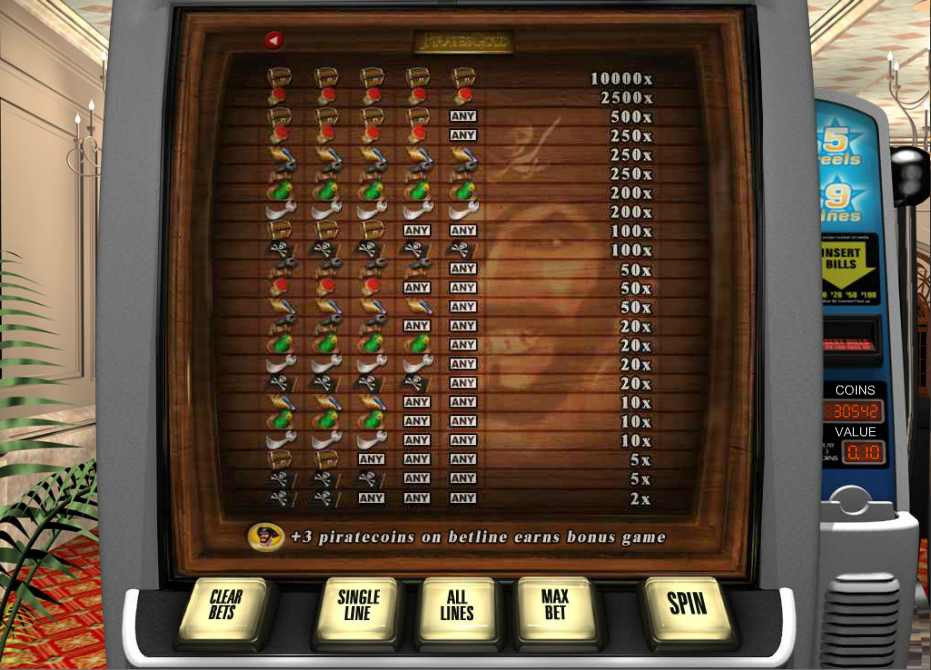 Here’s something a little different from Net Entertainment, a company who are quite capable of developing online slot machines with tons of creative features and the highest quality graphics. It’s called Pirates Gold II and we can only think that the idea behind it is to place the player back in a bricks and mortar casino, spinning the reels on a game which is far more basic than you would expect from a five reel slot.

Pirate’s Gold II features those five reels and just five paylines  and it’s certainly a realistic-looking machine, placed in front of another slot and in a room carpeted and decorated in typical casino style. The reel area is quite small but that leaves lots of room above them for the pirate and parrot to engage in various amusing antics.

The main symbols are all of the piratey variety and include the skull and crossbones, treasure chest, parrot, cutlass, a ring, and a shell.

There’s also a pirate coin which is the bonus symbol that activates the main feature.

Surprisingly there is an extra feature her and it’s triggered by landing three or more of the pirate coins on a payline (they don’t have to be adjacent from left to right).  The game is in two stages as follows:

Stage One – use the left and right buttons to position your cannon and then time your shot correctly to hit one of the ships as it circumnavigates the island. The next screen will be a short movie showing you how much you’ve won for doing that and if you’re lucky you will also find the golden key. If so you you will progress to the next stage – if not the round is over.

Stage Two – on this screen you will see the parrot grab the key and fly away and you must guide it to one of five treasure chests to reveal a (hopefully) big prize.

In stage one of the feature, aim your cannon just in front of the ship to make sure you get a hit.

This is an odd one but we sort of like it; in the times we’ve played it we’ve never failed to win money but of course that’s just good luck. A pretty high RTP of 97.3% is certainly attractive.