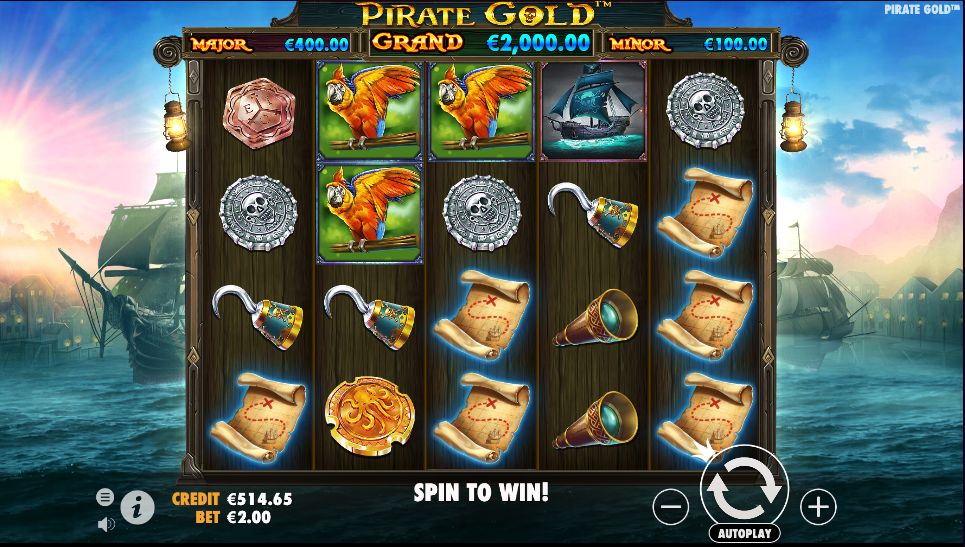 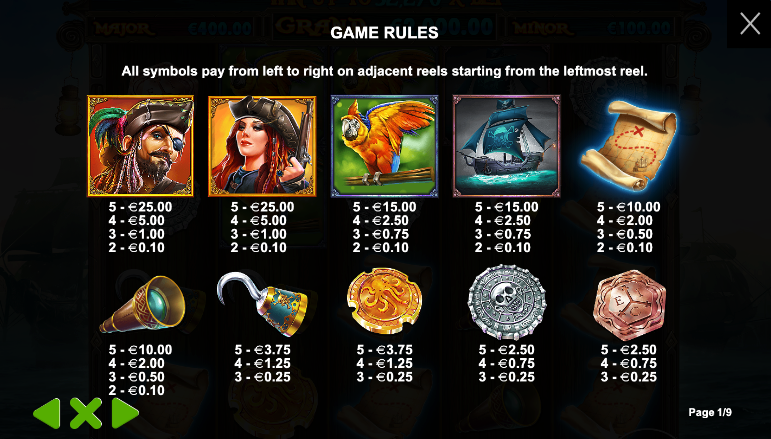 The life of a seventeenth century pirate may have been short and violent but these seafarers have left a legacy of many fine online slot machines including this one from Pragmatic Play – it’s called Pirate Gold and it comes with free spins, a lucrative Treasure Bag bonus round and tasty jackpot prizes.

Pirate Gold is a five reel slot with four rows and forty fixed paylines; behind those wooden reels is a beautifully rendered image of a Caribbean port with houses on stilts and ships bobbing in the choppy water.

The symbols are all related to the theme and include male and female pirates, a parrot, a pirate ship, a treasure map, a telescope, a hooked hand and gold, silver and bronze coins.

The treasure chest is wild and it will substitute for all standard symbols to help form winning combos; the compass and the money bags are the bonus symbols.

This is triggered by landing three of the compass bonus symbols anywhere on reels two, three and four; you’ll receive an initial ten free spins but these can be won again an unlimited number of times in the same manner.

During this round the two pirates will transform into wild symbols when they appear on reels two, three, four and five.

The money bags all have a coin value or a minor/major jackpot value attached and if you can at least eight in view this feature will trigger; those bags will be held in place and all other positions display only blanks or more bags. You’ll start with three free spins but each time a new bag lands it will reset the number of spins back to three again – when there are no more new bags the round ends and you’re awarded the total value of the bags.

Bags may also display a multiplier value of up to 5x which will applied to your total win or a retrigger chest which will start the round again with the original bags in place. Filling all positions with bags will award the Grand Jackpot. 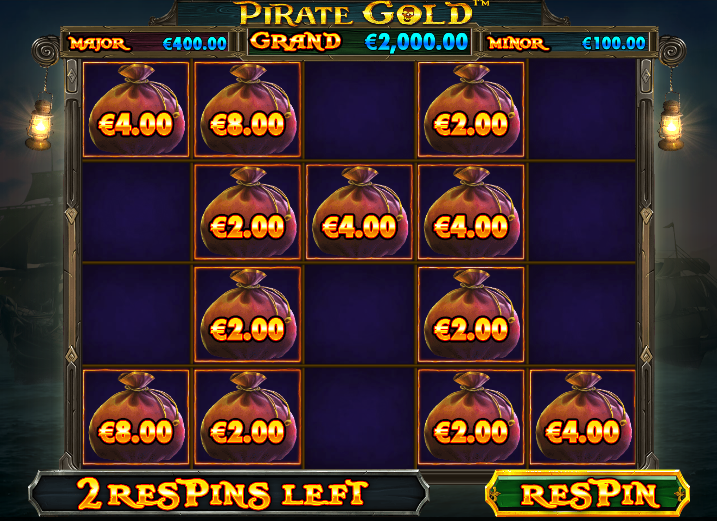 We’ve yet to play a bad pirate-themed slot and we’re pleased to say that Pirate Gold is another enjoyable visit to a time of short-lived riches and violent murder; the piratey soundtrack adds an edge to the great graphics and there’s certainly some money to be won in the Lucky Treasure Bag feature.