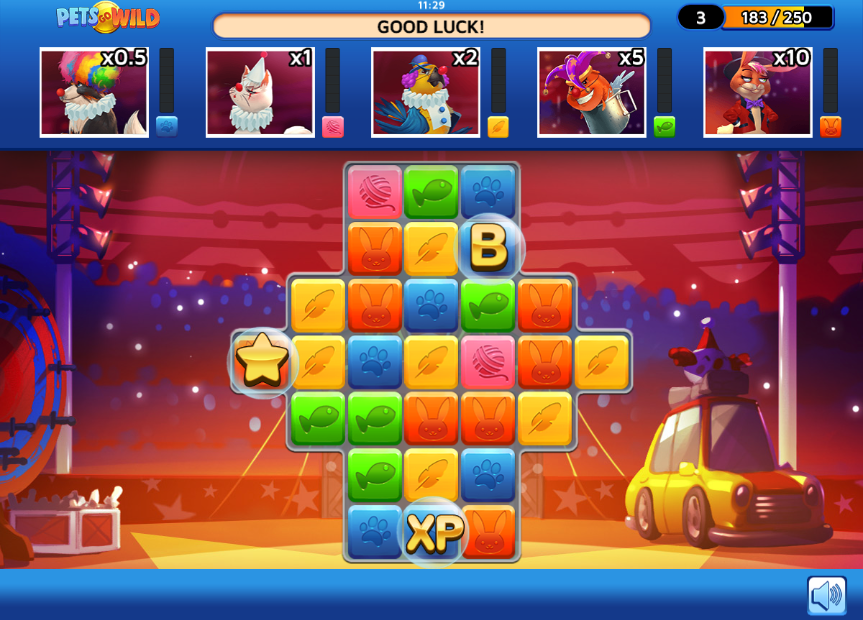 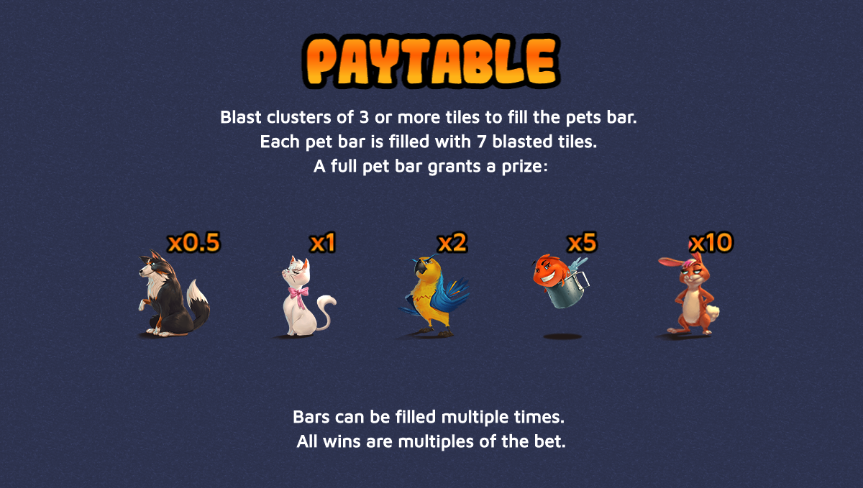 Out of control animals misbehaving in a number of unlikely scenarios is the theme of this online slot machine from Skillzzgaming; it’s called Pets Go Wild and it offers plenty of player interaction along with level progression and loas of bonus features.

Pets Go Wild is played on grids of various shapes and sizes depending which chapter you’ve reached and the aim is to find blocks of at least three matching symbols which, when clicked, will disappear and be replaced by more falling in from above.

There are five basic tiles in Pets Go Wild and reach represents an animal – green fish, orange rabbit, blue dog, yellow bird and pink cat. There are no wild but there are golden special symbols, ‘B’, ‘XP’ and the star.

Each winning combo formed will award some XP points which accumulate in the top right hand corner – when the required amount is reached you’ll be able to open the next chapter to visit the next level. Progressing through the levels will open up new bonus features as follows:

Bonuses are triggered by creating a winning combo which also displays an overlaid ‘B’; extra XP are also collected in this way, as is the gold star, five of which will kick off the Cruise Event. This feature awards ten free spins with a 30% prize awarded on top of any wins. In addition forming a cluster of 777 tiles will award a top prize of 1000x.