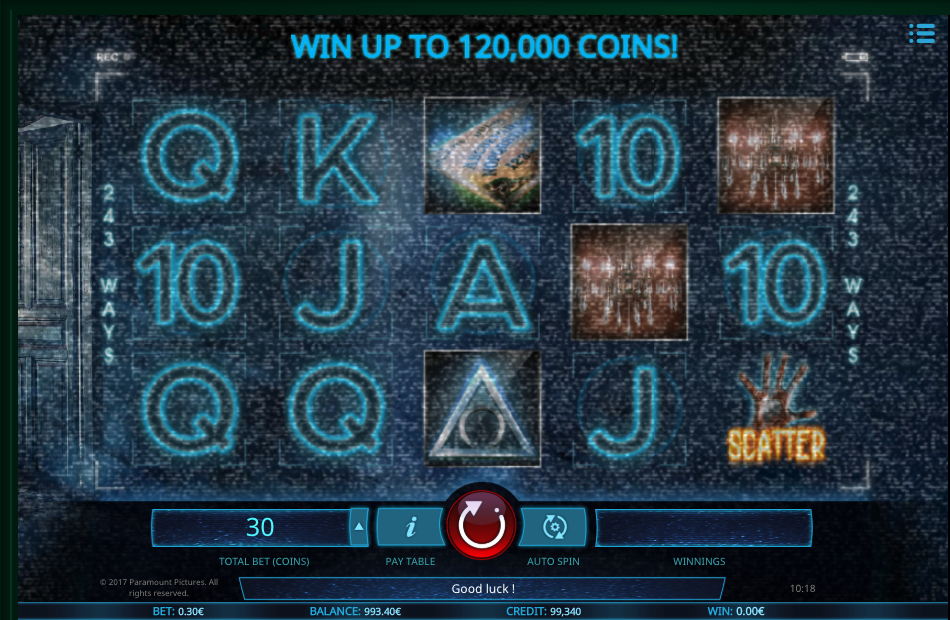 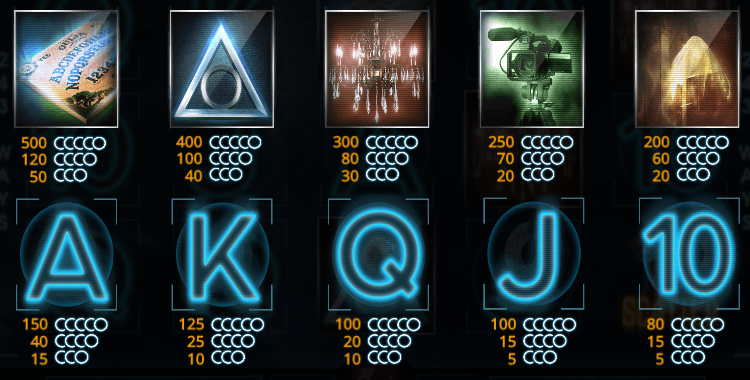 Horror fans will surely be familiar with the Paranormal Activity series of films in which cameras capture the movements of ghosts around various houses; iSoftBet have now developed a creepy online slot based on these movies with three separate free spins rounds to enjoy.

Paranormal Activity is a five reel slot with three rows and 243 ways to win; unnerving sound effects complement the gameplay which takes place through the viewfinder of a video camera in some haunted, old house.

The higher value symbols include part of a Ouija board, the films logo, a chandelier, a video camera and a ghost; 10, J, Q, K and A represent the lower values.

A scary ghost child is wild and she will substitute for all others to help form winning combos except for the bonus and scatter symbols.

This is triggered by landing three of the bonus symbols anywhere on reels one, three and five and the first thing to do is watch the wheel spin to determine which of the following free spins rounds will be awarded:

This can occur randomly on any base game spin and you will see up to five extra wild symbols added to the reels to help you out.

Paranormal Activity is a very creepy slot which creates a spooky atmosphere to rival the sense of spookiness in the film series (well at least the first one); wins hit regularly, there’s a nice selection of free spins options in the feature and relatively high RTP of 96.75%.