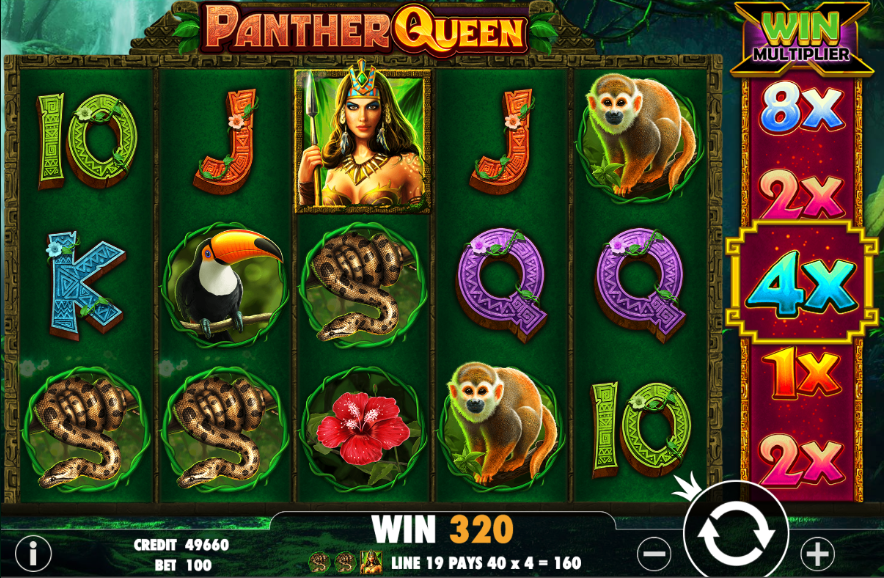 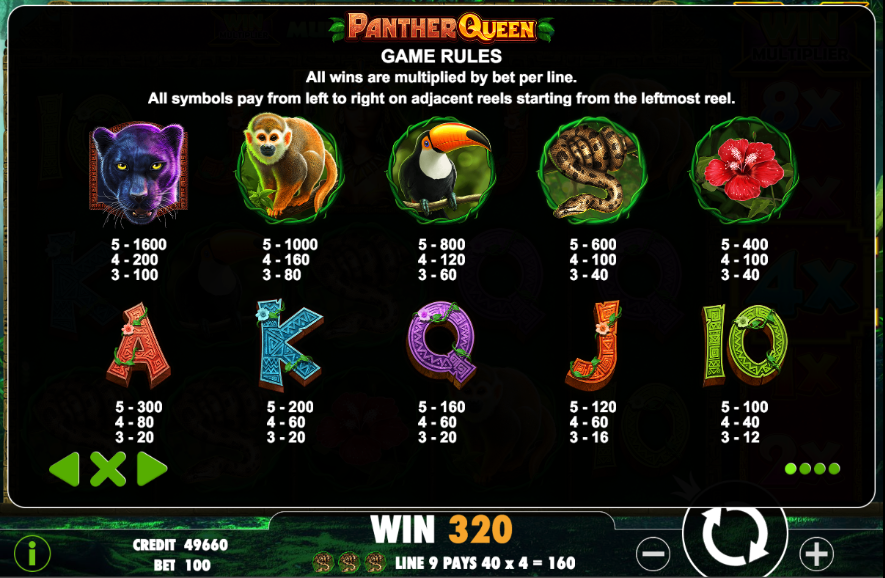 At a rough guess we’d say that about thirty years ago a baby girl was abandoned in the jungle and via a frankly unlikely sequence of events she’s now in charge of a bunch of wild animals; that’s the premise behind Panther Queen, this online slot from Pragmatic Play with some clever gameplay and good looks.

Panther Queen is a five reel slot with three rows and twenty five fixed paylines and there’s jungle soundtrack to accompany your gameplay on reels contained within ornate carvings; we’ll explain the multiplier reel on the right hands side shortly.

The five high value symbols include a panther, a monkey, a puffin, a snake and a bright red flower; 10, J, Q, K and A represent the lower values.

The Panther Queen is wild and she will replace all other symbols to form winning combos; if she lands in the middle of any particular row she will expand to fill all positions there, hopefully for a big win.

The multiplier reel on the right hand side spins along with the other reels and the value it lands on (up to 10x) will be applied to any wins on that spin.

The only way to trigger this is to land the temple symbol in the frame on the multiplier reel and you will receive five free spins which may not sound like much but during this round reels two, three and four always land on one giant 3×3 symbol. The multiplier reel is still active here so there are some big wins to be had if you can make some matches.

More spins are available unlimited times by landing the temple on the multiplier reel again.

Panther Queen is a very playable slot with some high quality graphics and nice animations when a winning combo hits; the multiplier reel is well thought out and there are some big wins possible during the free spins round. This game comes with an RTP of 96.50%.