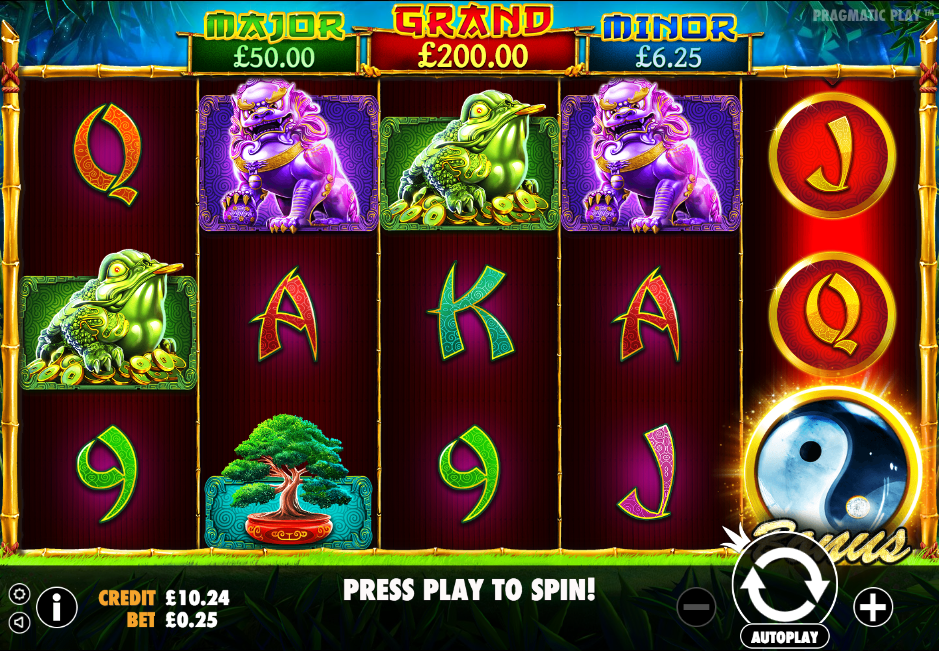 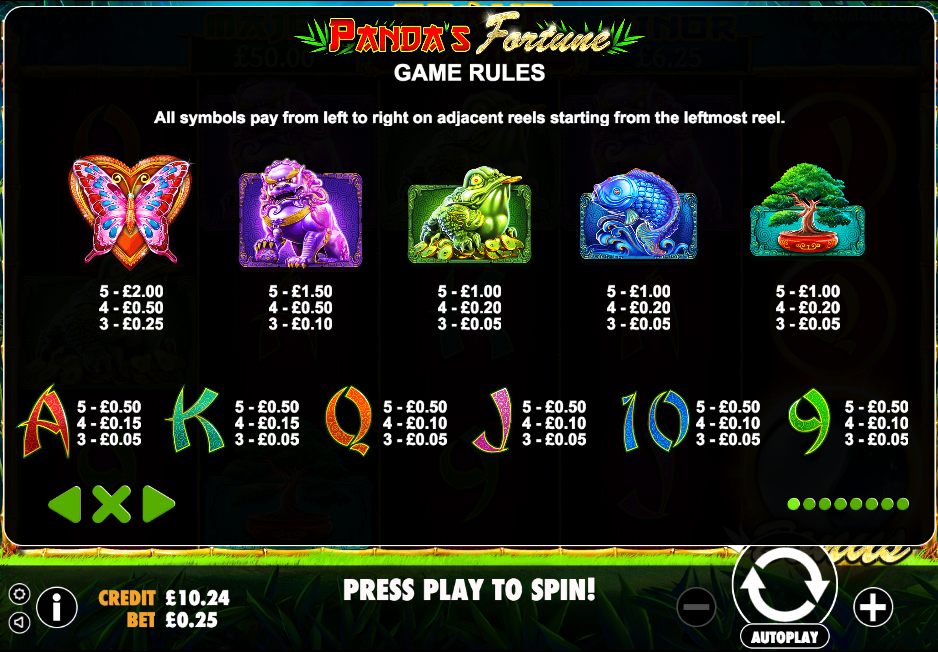 Fans of online slot machines will already know that the exotic East is as mysterious as it is inscrutable but it does inspire many games from multiplier developers; Panda’s Fortune is a release from Pragmatic Play with some captivating graphics and a jackpot feature.

Panda’s Fortune is a five reel slot with three rows and twenty five fixed paylines; bamboo poles lashed together form the frame holding those reels and in the background we can just about make out trees merging into a hazy blue atmosphere.

There are five higher value symbols, all designed with detail in mind and these are a pink butterfly, a purple dragon, a green frog, a blue fish and a bonsai tree; 9, 10, J, Q, K and A make up the lower values.

The panda is wild, appears only on reels two, three, four and five and he will substitute for all others to help form winning combos except for the Yin Yang bonus icon.

This is triggered by landing three, four or five of the Yin Yang bonus symbols anywhere in view for which you will receive 8, 10 or 15 free spins respectively; during this round a red and yellow firecracker symbol may appear stacked on reels two to five and it these will all transform into one of the standard symbols when each spin has stopped.

A gold version of each standard symbol may appear on reel five and it will help you attain one of the jackpots in the following way:

The good news is that more than one jackpot prize (up to twenty five) can be won on a single spin if you have enough five of a kind wins.

Panda’s Fortune follows the design template of most Pragmatic Play slots but it’s a winning formula so that’s Ok; it has good looks, two bonus features and an RTP of 96.17%.