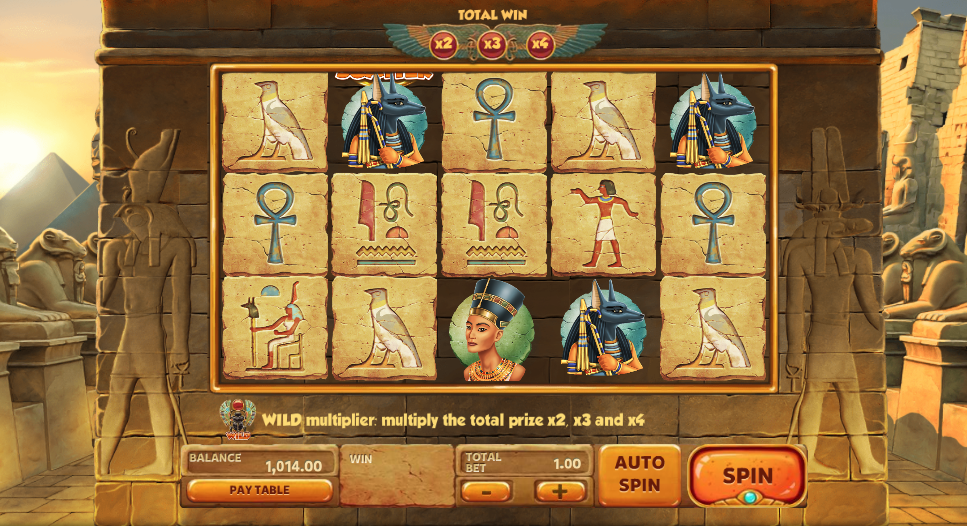 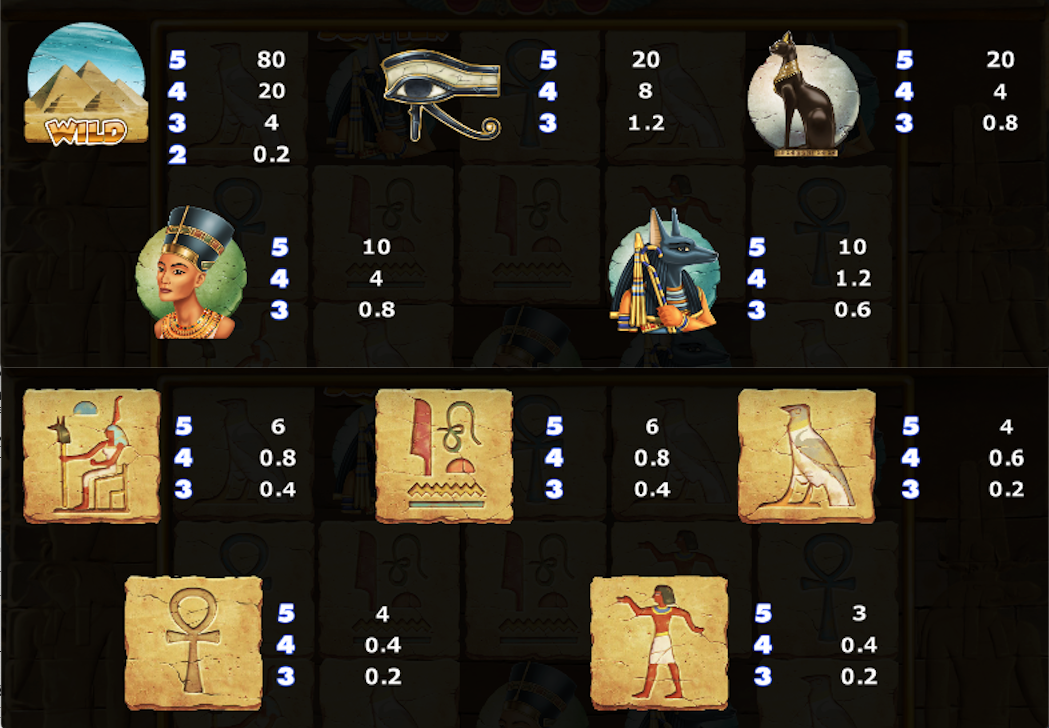 Hieroglyphics and Ancient Egyptian gods are the inspiration for this online slot from Red Rake Gaming – it’s called Mysteries of Egypt and from £0.20 per spin it tempts players with wild win multipliers and free spins.

Mysteries Of Egypt is a five reel slot with three rows and twenty five fixed paylines; the design is great and behind the carved wall on which those reels spin there are hints of the grandeur of this ancient civilisation with statue-lined causeways and lofty pyramids.

High value symbols include the Eye of Ra, Nefertiti, Bastet and a feline statue; five intricate hieroglyphs represent the lower values. The pyramids are wild and will apply a 2x multiplier to any win they help with – each extra wild in that combo will increase the multiplier by 1x; Tutankhamun is the scatter symbol.

Landing at least three of the Tutankhamun scatter symbols anywhere in view will award an initial seven free spins but look closely below the reels when the round starts and you’ll see a meter which is slowly filled up by collecting Anubis scatter symbols for the following rewards:

The quality of the graphics and accompanying music lay the groundwork for a really impressive slot machine from Red Rake; it looks great and the aesthetics are complimented by some entertaining gameplay and an interesting free spins round.