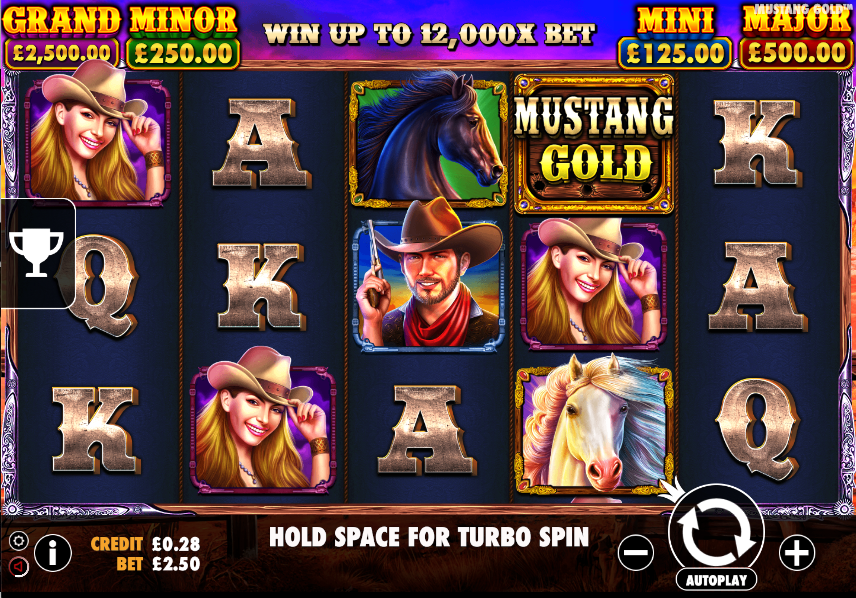 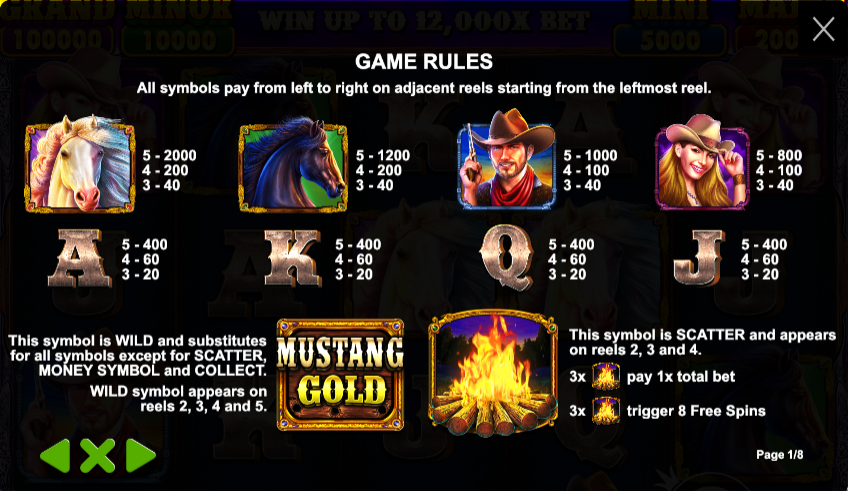 As fans of online slot machines we’ve made a few virtual journeys to the Old West and now we’ve got another chance to saddle up in the company of Mustang Gold, a release from Pragmatic Play with free spins, instant wins and a progressive jackpot.

Mustang Gold is a five reel slot with three rows and twenty five fixed paylines; the gameplay on those wooden reels is by a striking guitar soundtrack interspersed with the sort of noises you’d expect from a movie of this genre.

Black and white horses along with cowboys and cowgirls represent the high value symbols while J, Q, K and A make up the lower values.

The Mustang Gold symbol is wild, it appears on reels two, three, four and five and it will replace all others to help form winning combos except for the fire, ‘Collect’ and golden horseshoe bonus icons.

This is triggered by landing the fire scatter symbols anywhere in view for which you will receive eight free spins – these can be retriggered in the same manner within this round. There are more golden horseshoes and ‘Collect’ symbols now and these are explained below.

If the horseshoe displays ‘Jackpot’ then you’ll get to play the Jackpot Reveal Bonus Game for a shot at one of the Progressive Jackpots – Grand, Major, Minor or Mini.

Mustang Gold may not have the most outstanding graphics but it has some enjoyable gameplay and two features to aim for – the Money Collect in particular seems to hit quite often. It’s a fun addition to the genre.