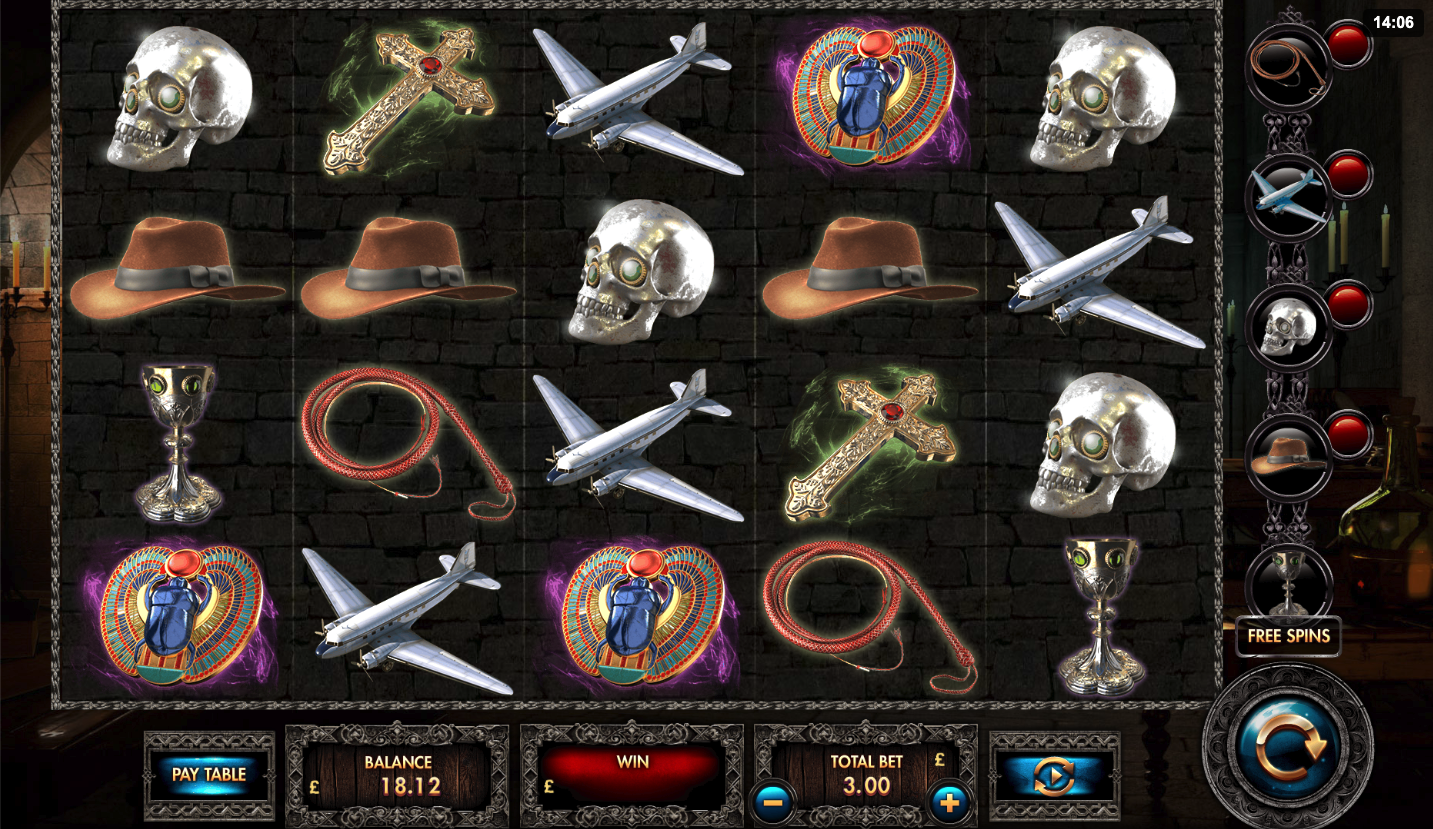 Career choices are probably pretty limited if your name is Max Dangerous but ‘explorer’ should definitely be on the short list; this online slot machine from Red Rake Gaming is called Max Dangerous & The Lost Relics and it takes us to various global locations in the search for treasures and five different bonus features.

Max Dangerous & The Lost Relics is a five reel slot with fifty fixed paylines; there’s a gloomy, tomb-like atmosphere to this game with the symbols and controls the only bright and colourful on-screen elements. Look out for the five meters represented by five of the symbols.

All the symbols are related to the theme and include jewelled crosses, scarab beetles, golden keys, planes, hats, whips, skulls and cups; Max is the wild symbol.

This slot uses collapsing reels which means that symbols in a winning combo will disappear and be replaced by new ones falling in from above; if those symbols are whips, planes, skulls, hats or cups then they’ll count towards filling up the spaces in their respective meters. Each symbol is worth one space on the meter and the whip, plane and cup meters have eleven spaces while the skull and hats have ten.

Filling up a meter will award the following features:

It’s possible to trigger more than one meter feature at once and they’ll be played out in order; it’s also possible to fill the meter more than once on a single spin in which case you’ll see a number attached displaying the number won.