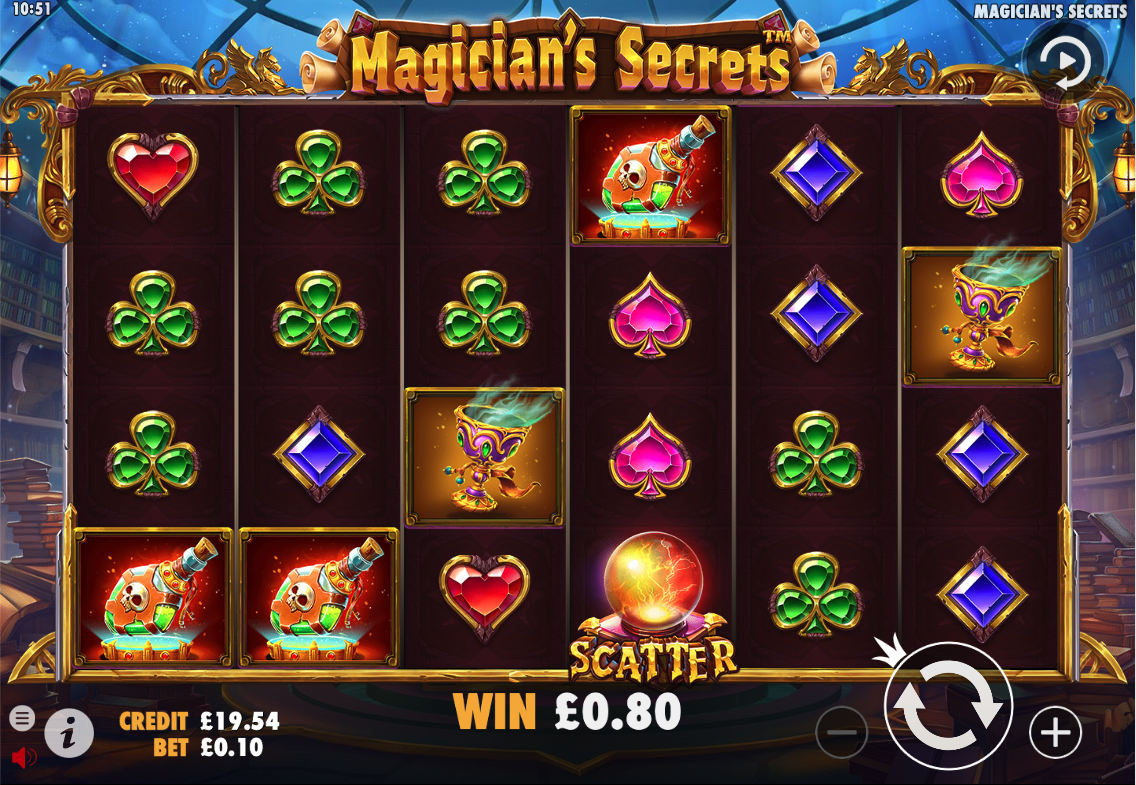 There’s magic afoot in this online slot from Pragmatic Play which takes us back to some undetermined time in the past when imagination superseded science; it’s called Magician’s Secrets and players can expect scatter prizes, expanding wilds and two different free spins modes.

Magician’s Secrets takes place in a vast, book-lined room and the six reels and 4096 ways to win spin beneath a glass ceiling which gives the occupants a stellar view of the starry night sky.

High value symbols include the spell book, the dagger. the vial of potion, the drinking vessel and the golden pendant; playing card symbols and a jewelled triangle represent the lower values. The magician is wild and when he lands there’s a chance he’ll expand to fill all positions on his reel and apply a multiplier of up to 10x to any wins. The crystal ball is the scatter symbol and it will pay the highest prize of 2000x the stake for six in view.

The spins are triggered by landing at least three of the crystal ball scatter symbols anywhere in view and you’ll get to choose from one of the following free spins options:

Free Spins With Expanding Wilds – awards ten free spins and during this round each time a wild lands on reels three or four it will expand, lock in place and award unlimited respins as long as wins are landed. The win multiplier increases by 1x with each respin event. This round can be retriggered an unlimited number of times.

Free Spins With Sticky Wilds – awards eight free spins with a regular symbol chosen at random; that symbols will turn wild and lock in place until the end of the round when it lands along with any normal wilds. Creating a reel full of wilds will award three more spins.