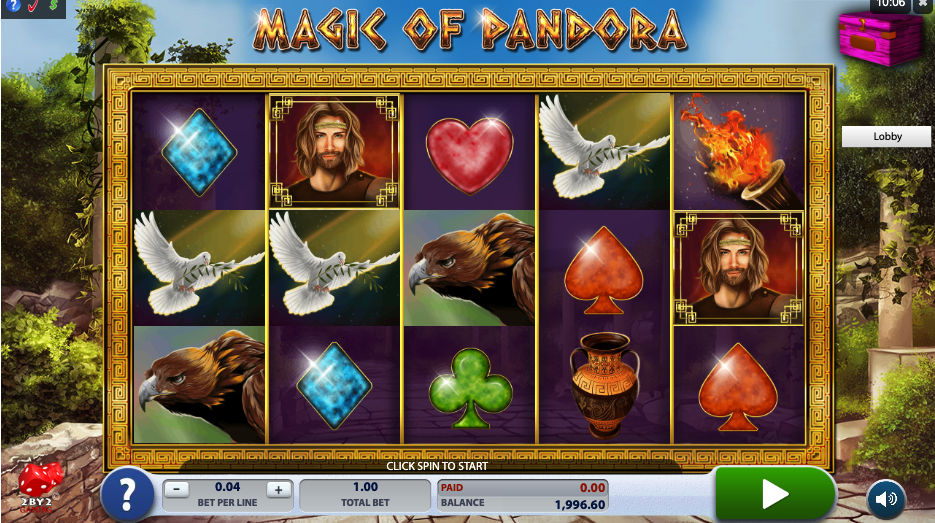 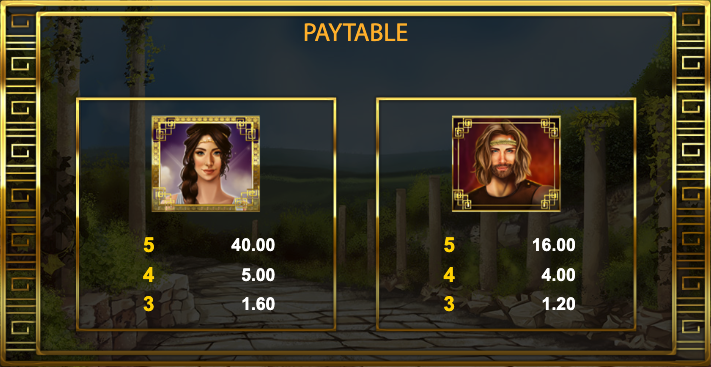 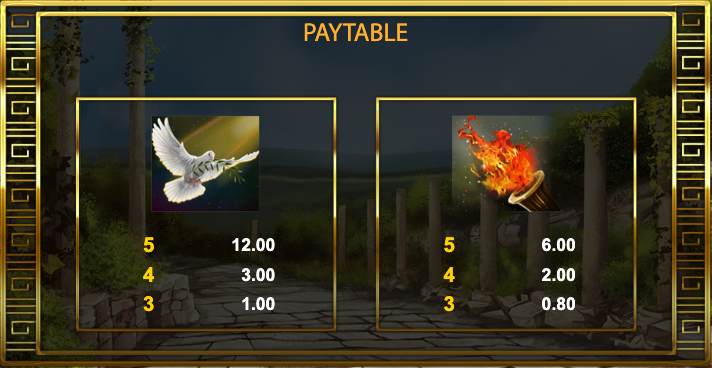 As all online slots fans will know, Pandora was the first human created by the Greek gods and she was given the box of all human evils to look after; Magic of Pandora is developed by 2By2 Gaming and themed on that story, offering players base game features and an interesting free spins round.

Magic of Pandora is a five reel slot with three rows and twenty five fixed paylines; an ornate golden frame constrains those reels which float against a sunny Mediterranean backdrop.

The six higher value symbols include Pandora, a chap (possibly Hephaestus), a dove, a flaming torch, an eagle and an amphora; playing card symbols in red, orange, blue and green make up the lower values.

Pandora’s Box is wild, it appears on reels two, three, four and five and it will substitute for all others to help form winning combos except for the bonus symbol.

During the base game Pandora’s Box (bot the wild symbol) may appear and award one of the following mini-features:

This is triggered by landing three, four or five of the bonus symbols anywhere in view for which you will receive 8, 12 or 16 free spins respectively; you can now accept the spins with one of the Pandora’s Box features awarded or distribute your spins among them yourself.

During this round a Pandora’s Box appearing will award four extra spins.

Among the many Zeus-themed online slots, Pandora doesn’t usually get much of a look in but she gets it all to herself here and it’s good fun; there are plenty of base game features and we like the opportunity to choose the way the free spins play out.