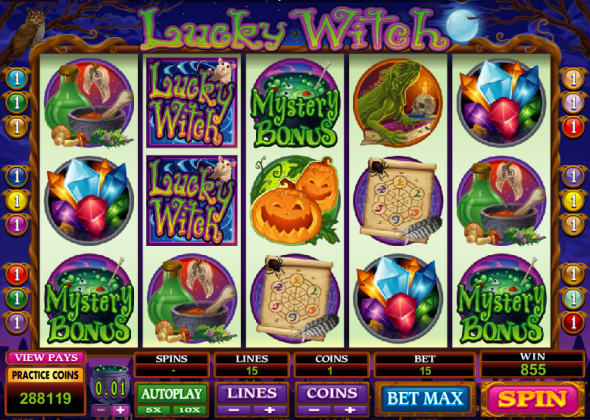 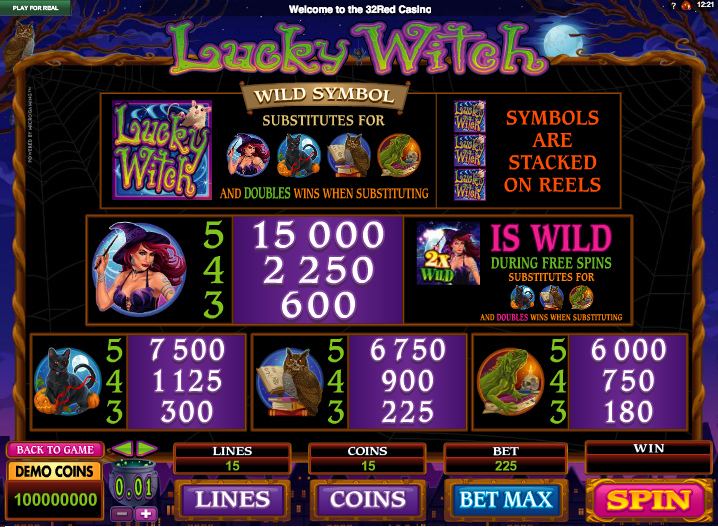 With Halloween just around the corner it’s an appropriate time to have an in-depth look at Lucky Witch, the spooky online slot from Microgaming.  As well as pumpkins and witches, it features a range of spooky symbols and several bonus features for those who like a little extra.

Lucky Witch is a great looking game set against a backdrop of a full moon, a dark night and leafless branches framing the reels.  All the symbols are theme-related and so we have pumpkins, crystals, potions, a spell, a gargoyle, a lizard, an owl and of course a black cat. 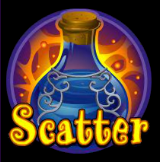 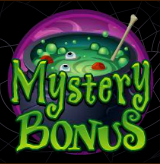 You might expect a free spins round from a Microgaming slot and you won’t be disappointed; there of the blue potion scatter symbols anywhere on the reels will grant you thirteen (unlucky) spins.

This feature can be re-triggered from within the round and it’s also possible to activate the Mystery Bonus from here.

The first thing to do is to land three of the bubbling cauldron symbols on reels one, three and five and you will then gain entry into one of four bonus games from which a 30,000 coin win is possible.  It’s picked randomly for you and the four are as follows:

Firstly, keep the sound on for maximum spooky effect; next, increase your stake within your comfort zone so you can take advantage of the bonus features should you trigger them.

Lucky Witch is a great game to set the Autoplay, sit back and just watch the reels while enjoying the creepy music.  Loads of bonus features will cheer anyone who likes all the bells and whistles.