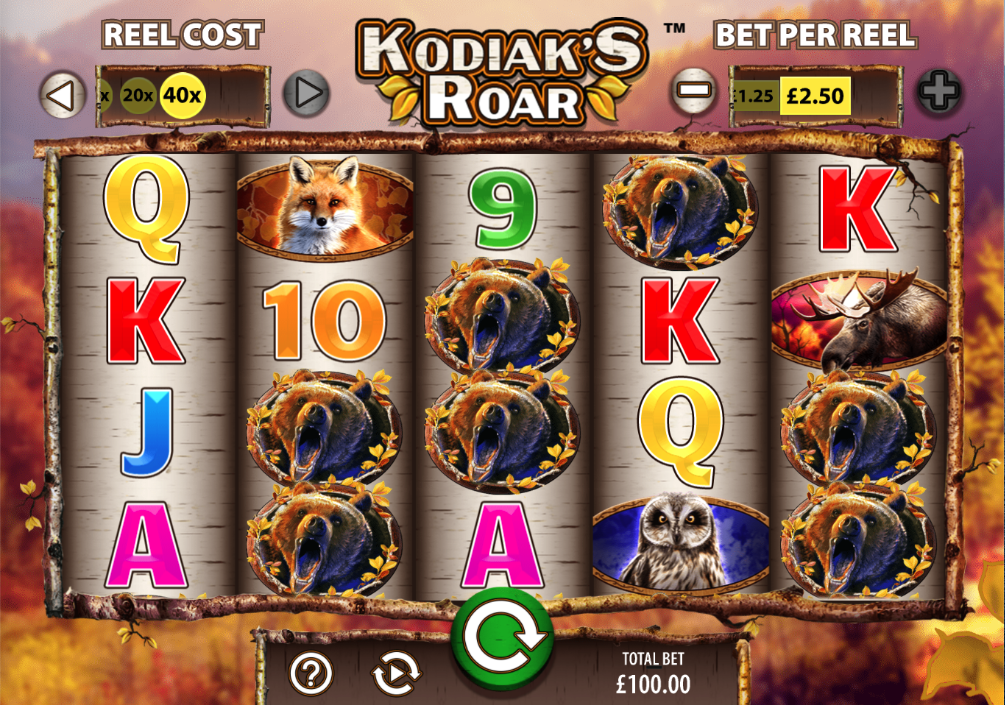 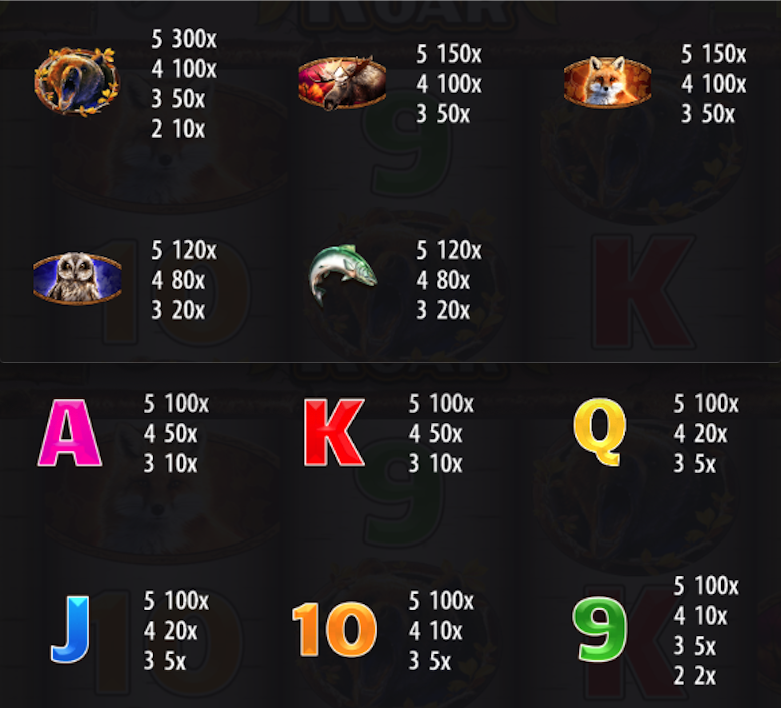 The ever-helpful Wikipedia tells us that that southwest Alaska is the home of the Kodiak Bear, one of the largest ursine mammals on the planet; Kodiak’s Roar is an online slot from WMS Gaming which promises players free spins and the option to select the number of paylines in use.

Kodiak’s Roar is a five reel slot with four rows and up to 1024 paylines; branches surround those reels which float against a backdrop of the brown, Alaskan wilderness. Above the reels there are two options, the Reel Cost which effectively increases the number of paylines in use – 4, 16, 64, 256 and finally 1024. The Bet Per Reel on the right hand side allows stakes of between £0.10 all the way up to £100.00.

High value symbols include the roaring bear, the moose, the fox, the owl and the leaping salmon; 9, 10, J, Q, K and A make up the lower values. The stalking Kodiak is wild, he appears on reels two, three and four and he’ll replace everything except for the pawprint to create winning combos.

Landing three, four or five of the pawprint scatter symbols anywhere in view will award 8, 15 or 20 free spins respectively; the same number of spins can be won again within the spins and in addition two or five scatters will award 5 or 25 spins.

During the free spins any wild involved in a winning combo will apply a 2x or 3x multiplier to that win – more than one wild will have their values multiplied together.

Kodiak’s Roar is an enjoyable enough slot but we’re not sure if the ability to change the number of paylines is groundbreaking or not – didn’t we used to do this all the time? Anyway bears, free spins, owls – if that sounds like your cup of tea then give this a whirl.