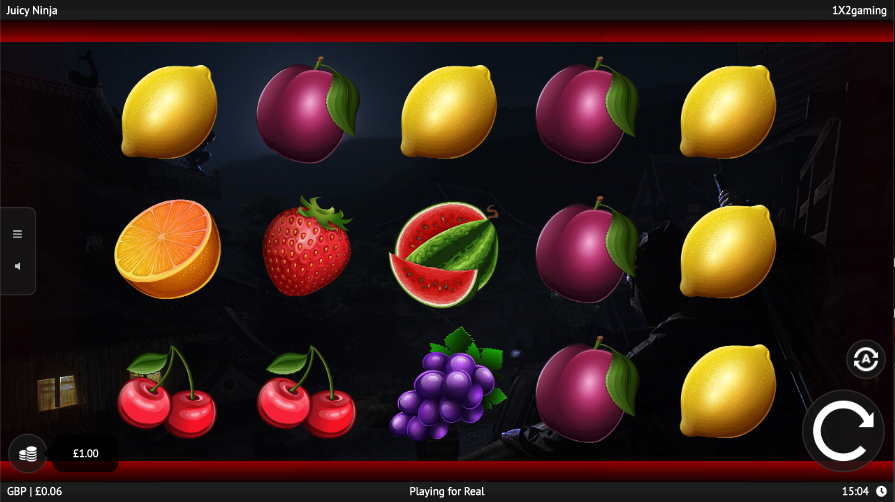 Those who appreciate their online slot machines with a little less complexity and a little more simplicity will know that these games are becoming steadily more rare but fear not – some developers know how to create something playable and engaging without too many bells and whistles and one such example is Juicy Ninja; it’s developed by 1×2 Gaming and you can read about what it does (and doesn’t) do below.

Juicy Ninja is a five reel slot with three rows and 243 ways to win; this means that there’s no payline structure and wins can be formed as long as there are matching symbols in adjacent reels starting from the left hand side. Look closely and behind those fruity reels you may just be able to make out a ninja creeping about between some buildings – or maybe that’s our imagination.

The non-fruity symbols here are a ninja star, a red seven and a bell; the fruity offerings are watermelons, bunches of grapes, strawberries, oranges, plums, lemons and cherries. 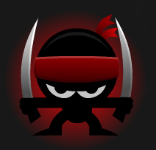 The wild symbol is the little ninja and he will substitute for all others to help form winning combinations; he’s also the only nod towards any sort of bonus feature in Juicy Ninja because he will expand to cover all positions on his reel when he appears. Note though that he only appears on reels two, three, four and five.

That’s all there is to it so just pick your stake of between £0.20 and £100.00 per spin, press the spin button and enjoy the fruity ride.

Juicy Ninja combines some very high quality graphics with gameplay simplicity which will appeal to those who prefer their slots served this way; we’d prefer a few more features but each to his own – this is good stuff.