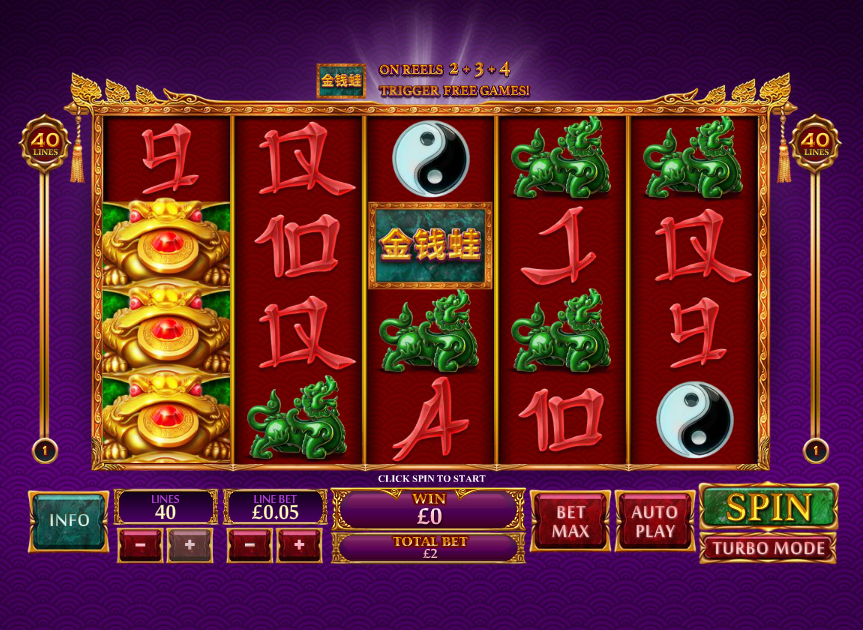 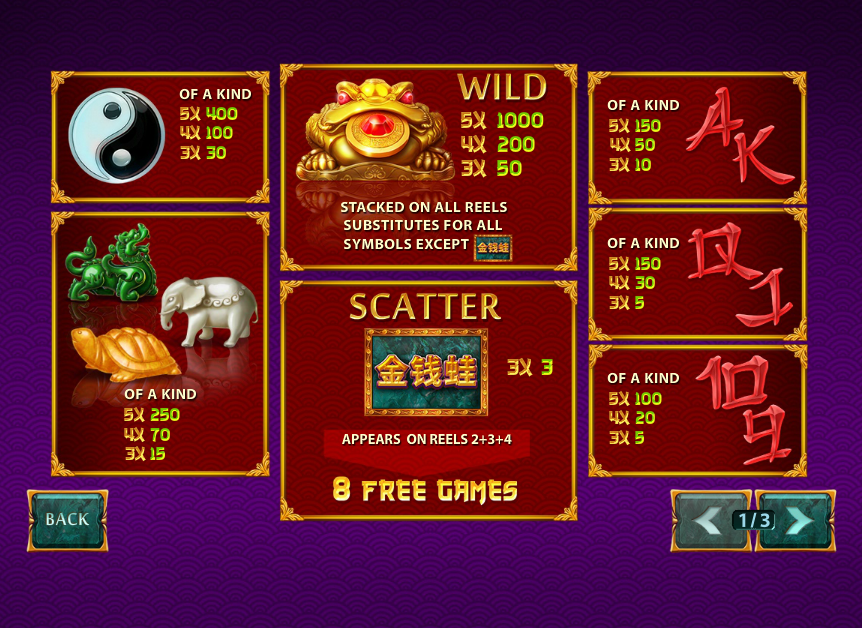 That twinkling background music may make you feel like you’re in a Chinese restaurant but in fact this is another oriental-themed online slot from Playtech; it’s called Jin Qian Wa and it joins a long list of games which look east for inspiration – you can find out all the essential details below.

Jin Qian Wa is a five reel slot with three rows and up to forty paylines; those reels spin inside an ornate golden frame which itself sits on a dark purple backdrop.

The high value symbols include a Yin Yang icon and three carved animals – a dragon, a tortoise and an elephant; 9, 10, J, Q, K and A represent the lower values, designed in a Chinese fashion.

The wild is a large golden toad with a gem in it’s mouth and it’s worth 1000x your line stake for five on an active payline; it also substitutes for all others except the scatter which is the Jin Qian Wa game logo.

Jin Qian Wa is a playable enough game with exactly the same gameplay mechanics as Queen Of Wands, another recent release. It perhaps lacks a little creativity but it looks nice and it comes with an RTP of 96.96%.