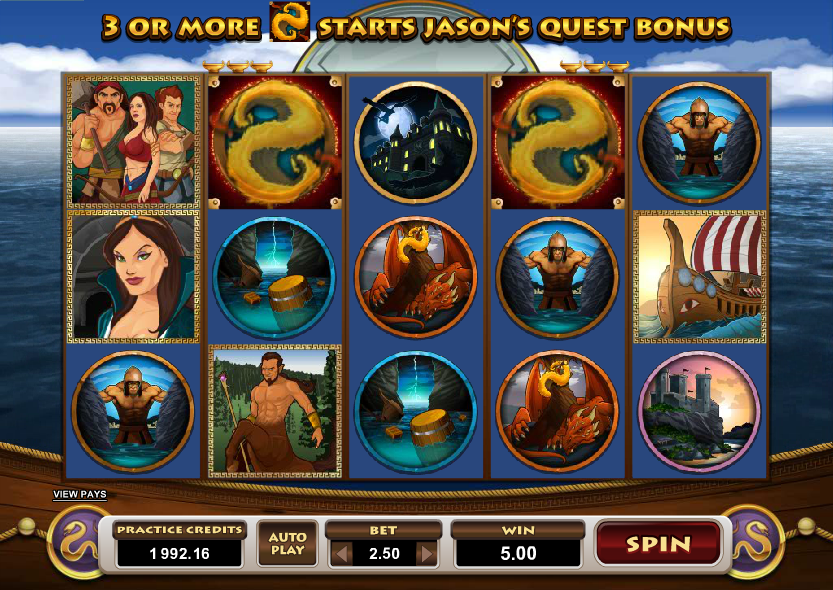 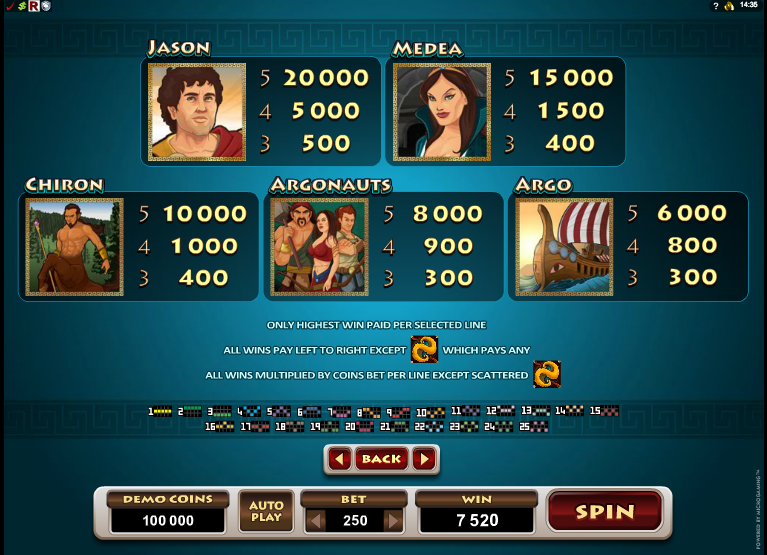 Microgaming‘s online slot does a pretty good job of squeezing in a range of characters and tasks from the epic adventure and it also includes a number of bonus features; it’s a five reel and twenty five payline slot set against a backdrop of a calm sea.

The symbols are all Jason-related so from low to high value we have the areas Jason explores – Iolcus, Mysia, Symplegades, Crete, Sirenum and Colchis.  We also have his ship (Argo), the Argonauts, Chiron, Medea and Jason himself.  The Fleece is the scatter symbol and the game’s logo is combined wild/scatter.

This is the smaller of the bonus games and is triggered by landing three, four or five of the Jason and the Golden Fleece logos anywhere on the reels; you will win 10 free spins at this point and every prize will be subject to a 3x multiplier.  You can re-trigger more spins by landing more scatter symbols and you can also trigger Jason’s Journey Bonus.

This is the main bonus feature and and the idea is that you move from one bonus game to another completing Jason’s tasks.  Only one game is available on the first trigger of the bonus but as you reach it more times the others will become available.

Three, four or five of the Golden Fleece symbols will start the bonus and they are as follows:

Some very nice graphics, suitably dramatic sound effects and a variety of bonus games all go to ensure a satisfying experience for fans of Greek mythology and online slots alike.