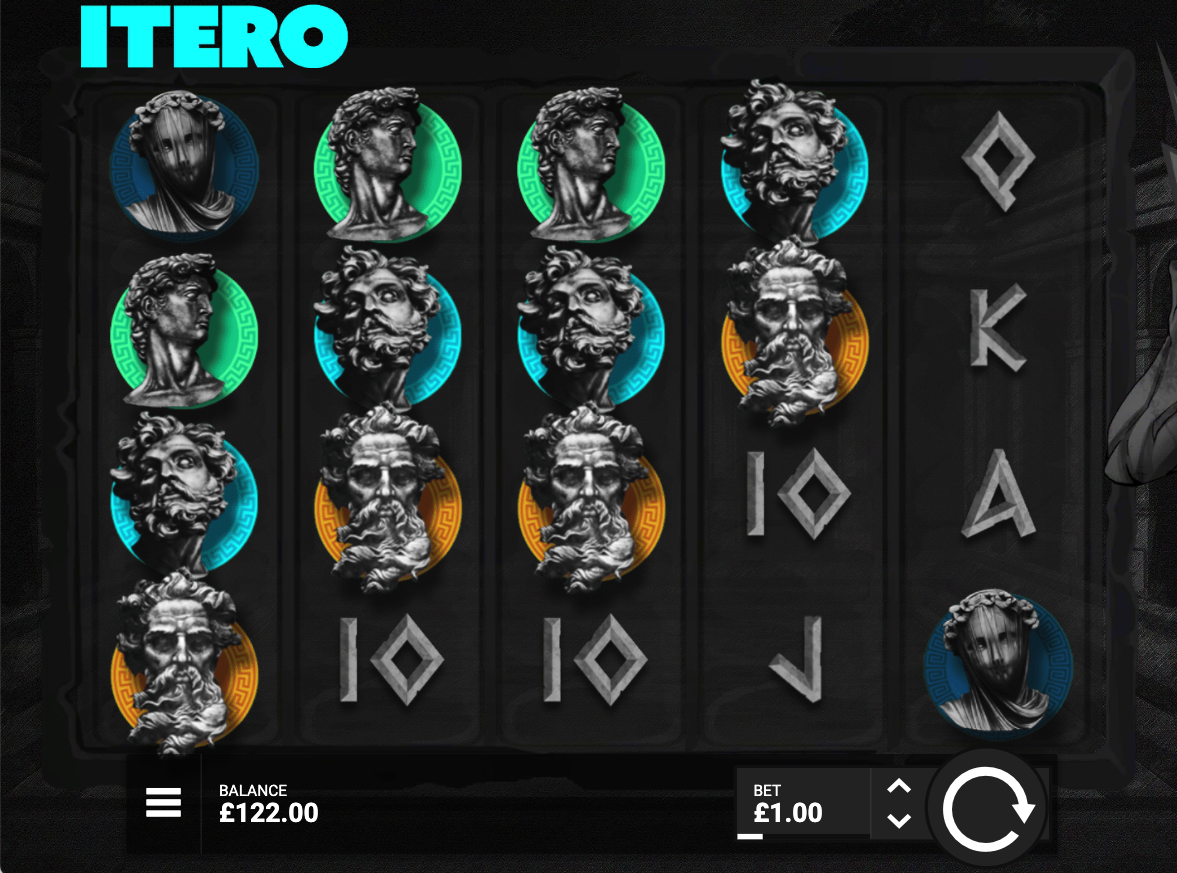 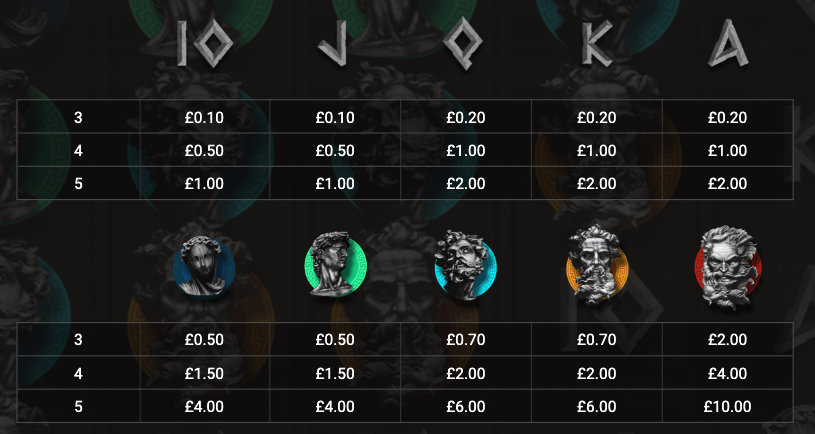 Itero may sound like the name of a Roman statesman or philosopher but as far as we can tell it’s a word which translates from Latin as something like ‘repeat’ which sits well with the EchoSpins gameplay mechanic developed by Hacksaw Gaming; there are also two free spin rounds and progressive multipliers.

Itero is a five reel slot with twenty fixed paylines and an interesting design which sees colourful symbols spin against a fairly stark, grey backdrop.

The heads of five states are the high value symbols while 10, J, Q, K and A in a Roman style are the lower values; the three-headed Cerberus (from Greek mythology?) is wild and the lion door knocker is the scatter symbol.

EchoSpins & The Hand Of Jupiter

In the base game if you can land the Hand of Jupiter symbol on the same spin as a win then this feature will be triggered – the hand will flash and display a number between one and eight and then the reels will repeat the winning spin that number of times. If any multiplier values appear during these respins they’ll be added up and applied progressively to your wins.

There are two free spins rounds, Wrath Of Jupiter and Gift From The Gods and they’re activated by landing three or four lion scatter symbols respectively.