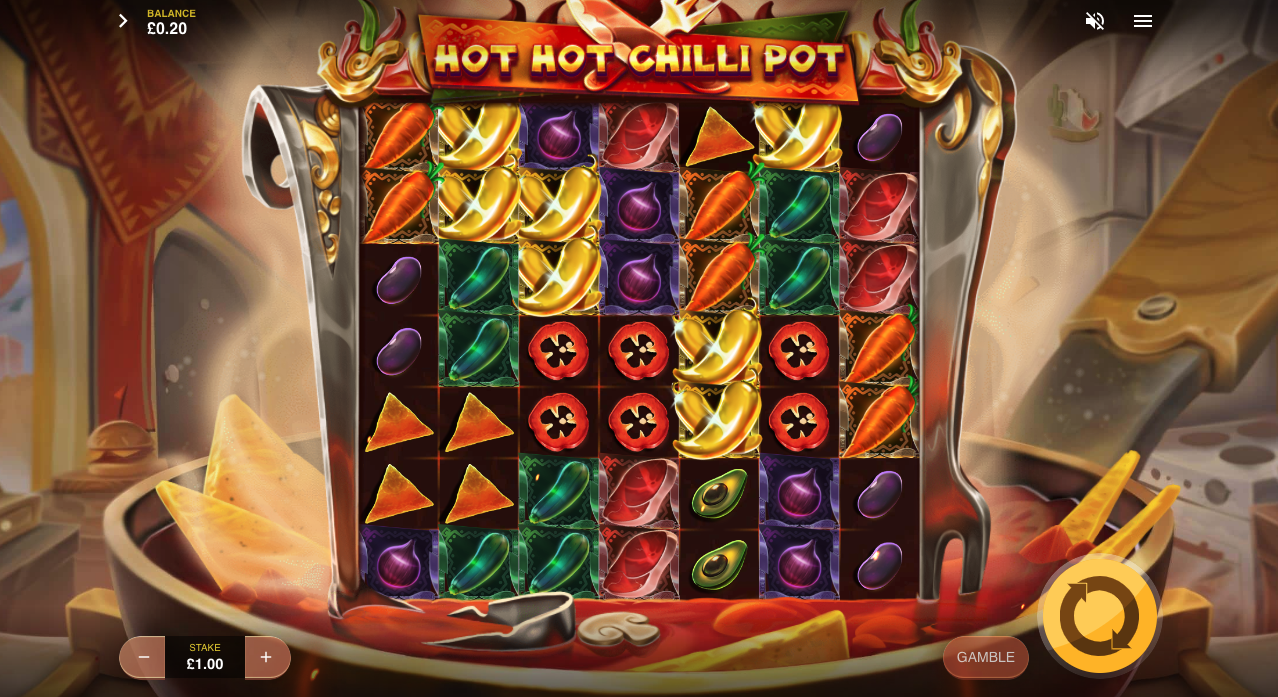 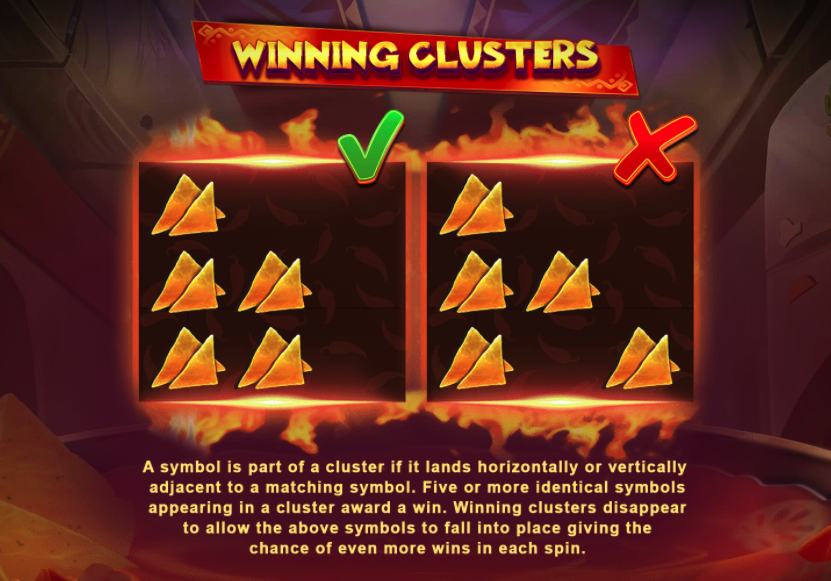 Most meals could do with a bit of spicing up and the same could be said for online slot machines too – Hot Hot Chilli Pot is a release from Red Tiger Gaming which offers players not just one but three different chilli sauces, each corresponding to a fiery bonus feature so read on to find out more.

Hot Hot Chilli Pot is set inside a Mexican cantina and we’re in the kitchen surrounded by ovens, stones and ancient cash registers; the seven reels spin in a huge saucepan of chilli to an appropriately cultural accompaniment.

All the symbols are represented by food items and they include the golden chillis (the most valuable at 100x for 25+ in view), carrots, meat, courgettes, onions, tortillas, peppers, avocados and beans. The higher values can also appears as 2×2 Super Symbols. The regular wild is the flame and the three special wilds are represented by green, yellow and red bottles of chilli.

Wins are formed in this game by creating clusters of at least five matching symbols which connect horizontally and/or vertically; those involved will then disappear and make way for more to fall down, potentially creating more wins.

Landing any of the 1×2 chilli bottles in view will activate this feature and what you receive depends on the colour of that bottle:

The reels will occasionally ignite in a cooking frenzy and if this happens at the same time as a non-winning spin then there’s a greater chance of a Chilli Wild landing on the reels.