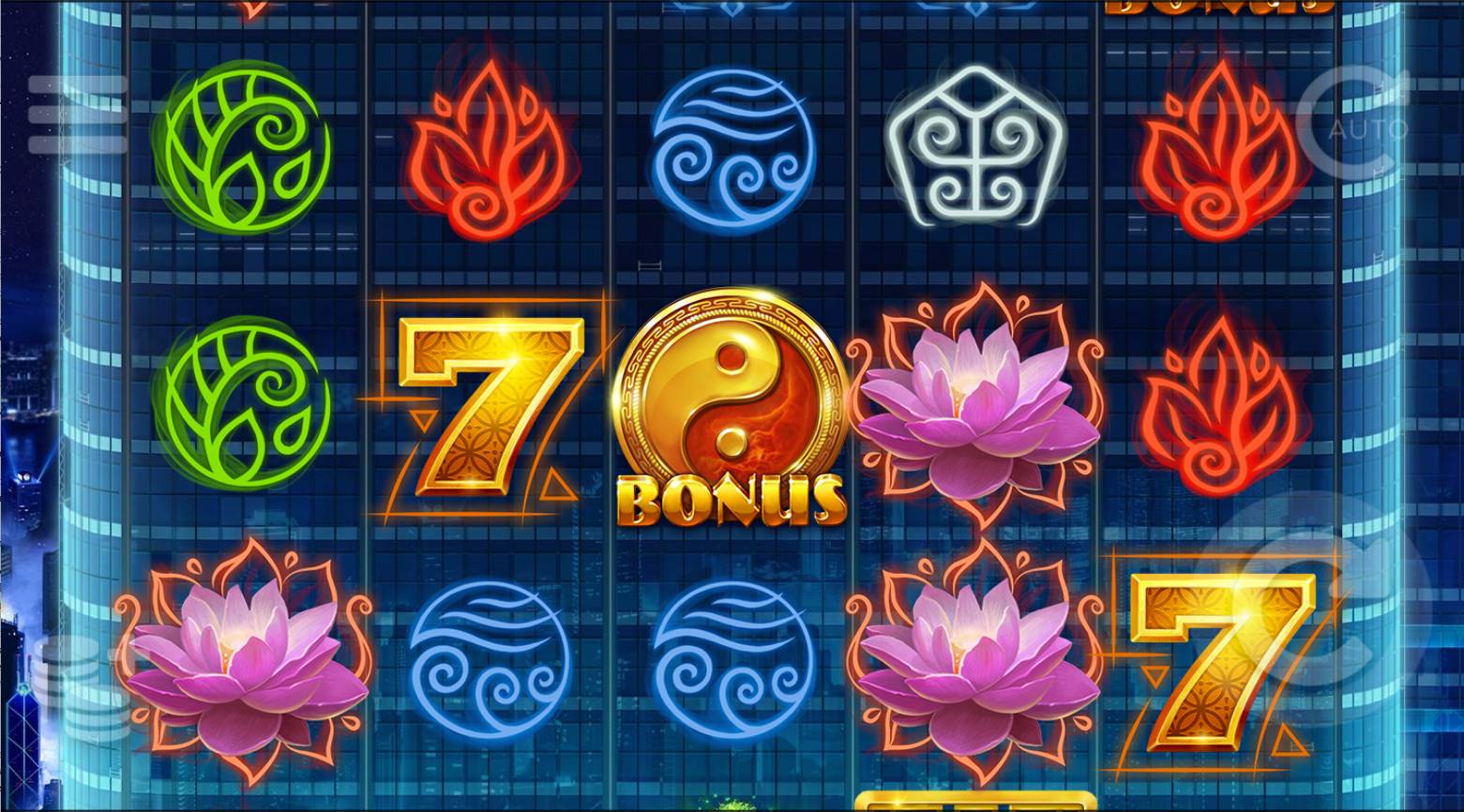 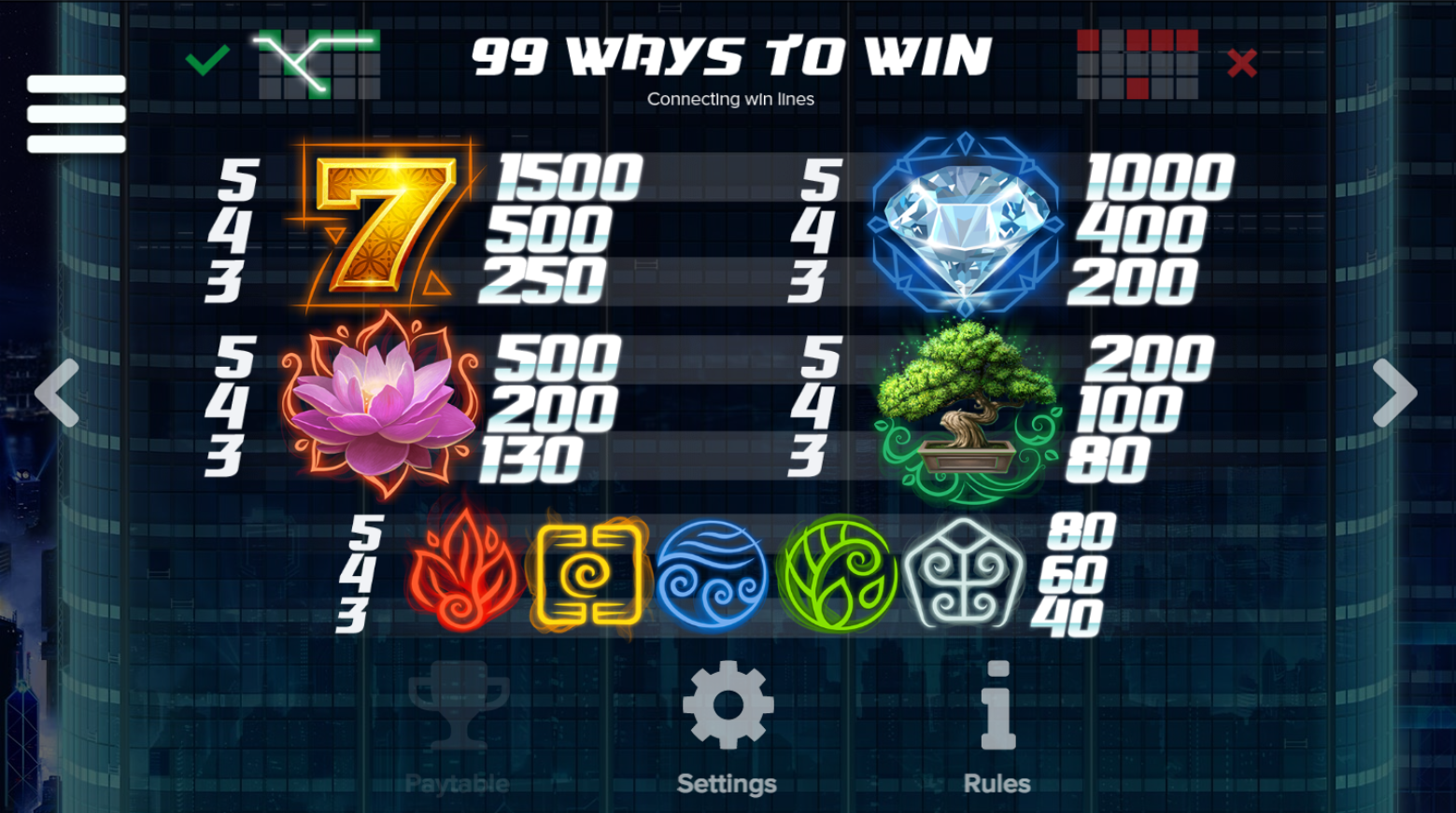 Hong Kong is the concrete and neon city which was handed back to the Chinese by the British in 1997 and it’s now a melting pot of European and Asian cultures; it’s also the theme of this striking online slot from Elk Studios which takes the title of Hong Kong Tower.

Hong Kong Tower is a five reel slot with three rows and ninety nine fixed paylines; this is a typical Elk Studios design with massive colourful symbols spinning against a backdrop of the reflective windows of a huge skyscraper and it’s certainly best played in full screen mode.

The four higher value symbols are a golden seven, a blue-tinged diamond, a lotus flower and a bonsai tree; lower values are nicely designed elemental icons – earth, water, fire and the like.

There are no wilds in this game but there there’s a Hong Kong Tower ‘mystery symbol’ and a red Yin Yang bonus icon which is the key to one of the features.

Any of the Hong Kong Tower symbols landing on the reels will transform into any other symbol to form winning combinations; they can even transform into five bonus symbols which will automatically trigger the Wheels of the Sky feature.

Wheels of the Sky

This is triggered by landing three or more of the Yin Yang bonus symbols anywhere in view for which you will receive entry into the bonus game plus one or two extra lives depending on how many triggering symbols there were.

You’ll now get to play a Wheel of Fortune-style game so spin the first wheel to land on a prize amount, access to the next, more valuable wheel or a blank segment (which ends the round). There are three wheels in total and if you have any extra lives they will save you when you hit a blank segment.

You can’t usually miss an Elk Studios slot with their large and colourful designs and Hong Kong Tower is no exception; it’s developed to a very high quality, it’s fast moving and it has two clever bonus features. This game comes with an RTP of 96.30%.