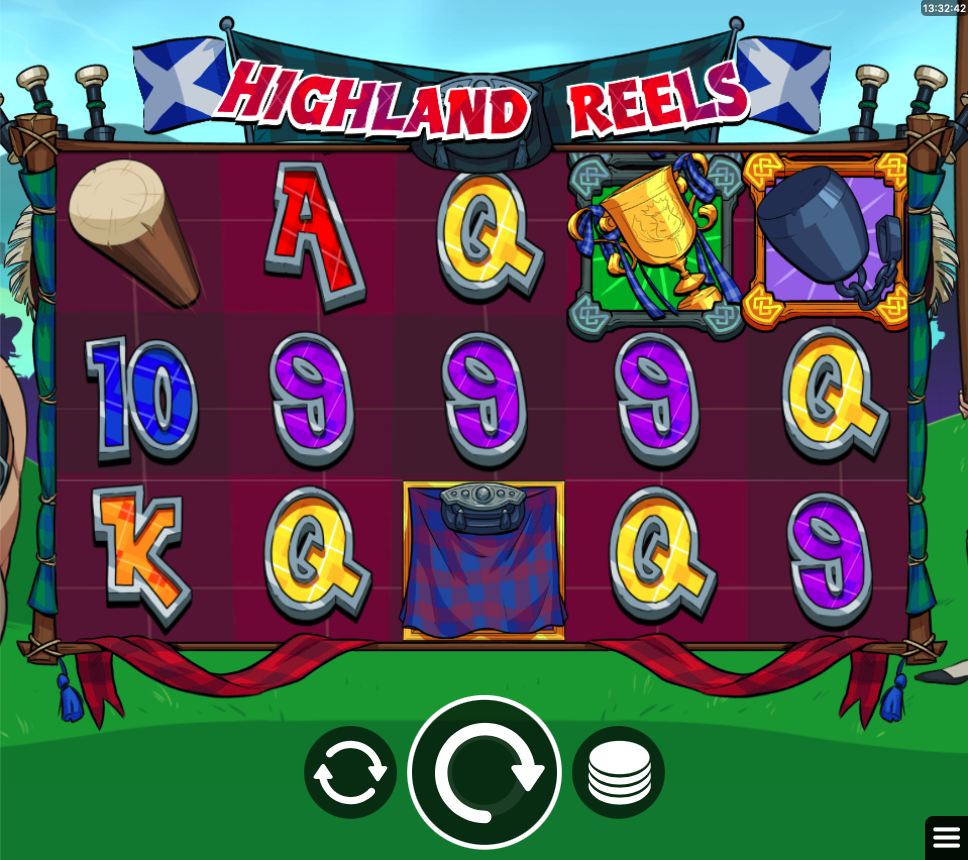 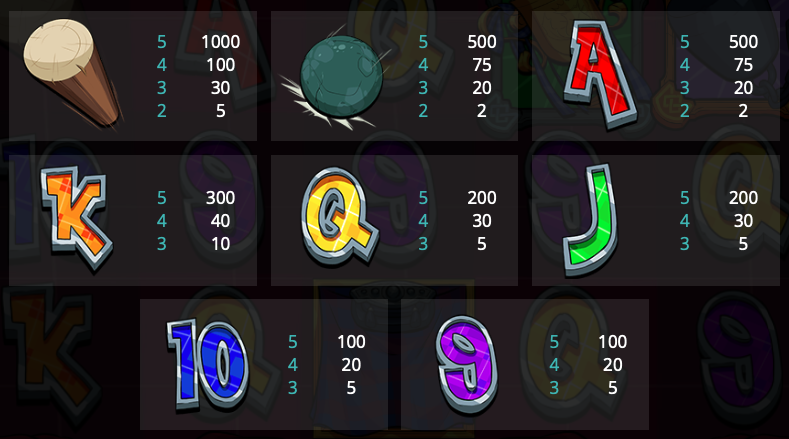 The original Highland Games can date themselves back more than a thousand years but the more recent incarnation of caber tossing, hammer throwing and the like originates with the Victorians; Highland Reels is an online slot from Eyecon designed around those unique sporting events while at the same time offering players kilt-based prizes, multiplier awards and picking rounds with free spins.

Highland Reels is a five reel slot with three rows and up to twenty five paylines; Scotsman of varying sizes compete at traditional events in the background while cheers from the crowd and bagpipe music accompany your gameplay.

Some of the high value symbols are five kilts in different tartan patterns and creating a combo with all five will award the top prize of 3000x the stake; other symbols are the caber, the stone and then 9, 10, J, Q, K and A.

The gold trophy is the wild, it appears on reels two and four and it will double any wind to which it contributes; the Scotsman and the hammer are the scatter symbols.

Landing at least three of the hammer scatter symbols anywhere in view will kick this feature off and it’s a picking round in which you select hammers to reveal stake multipliers until two matching symbols are found, at which point the round is over. Each multiplier will be worth between 2x and 100x.

This feature is triggered by landing at least three scattered Scotsmen anywhere in view with each scatter worth one pick in the next stage. Each pick will see our man toss a caber to reveal a stake multiplier of up to 100x or ten free spins (that’s the most spins you can win).

The template is similar to other Eyecon slots but the theme is good fun and a rare one for sure – in fact it’s probably the first Highland Sports-themed game we’ve ever played. Try it for yourself and you may even get to toss a caber!

Highland Reels is a Scottish-themed video slot with three rows and between one and twenty five paylines.

Yes! The Hammer Throw picking round, the Caber Toss free spins and a wild multiplier.

The Return To Player percentage for Highland Reels is 95.04%.

How To Win On Highland Reels?

Land at least three matching symbols or wilds starting from the left hand side; trigger either of the features.

Where can I play Highland Reels?