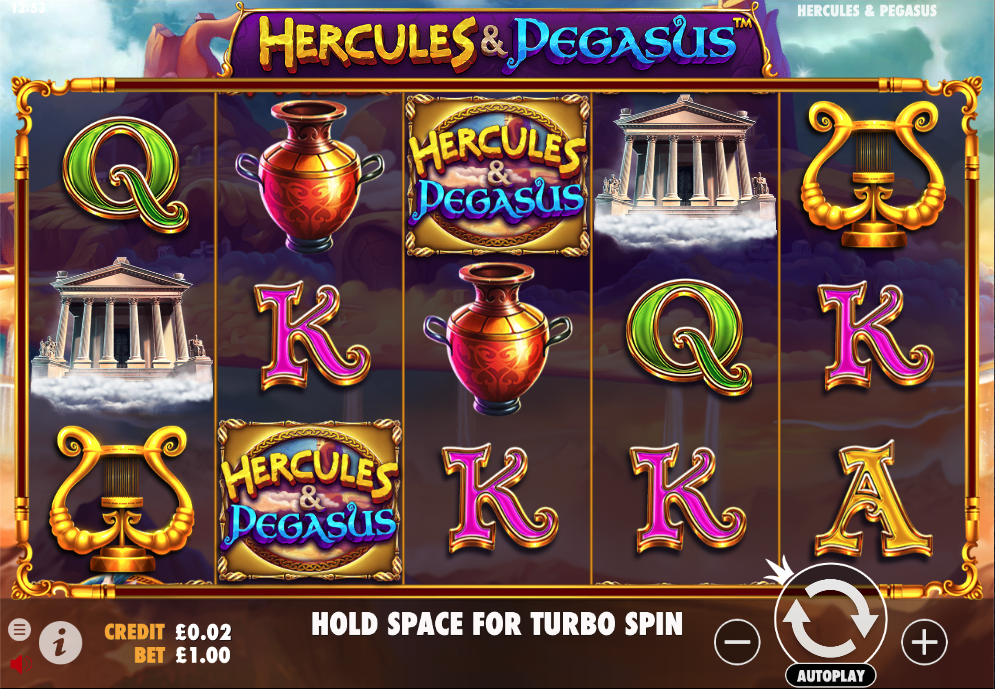 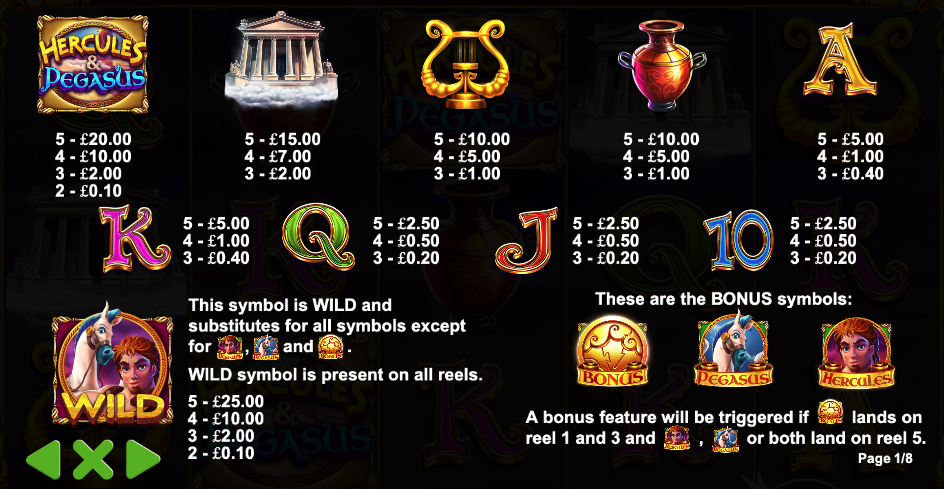 Hercules was the Roman god of strength and heroes and his adventures have been retold many times throughout the centuries; however he also had a winged horse called Pegasus and this online slot from Pragmatic Play features both these characters – it’s called Hercules & Pegasus and it offers several base game features and a three different free spin modes.

Hercules & Pegasus is a five reel slot with three rows and twenty fixed paylines; the graphics are slightly Disneyfied but that adds a comedic touch which is lacking in most games of this genre.

High value symbols include the games’ logo, a temple in the clouds, a golden harp, and a vase; 10, J, Q, K and A represent the lower values.

The symbols with Hercules & Pegasus is wild and it will replace all standard symbols to help form winning combinations; the three bonus symbols are Hercules and Pegasus individually plus the golden shield.

The Free Spins are triggered by landing the golden shield on reels one and three along with Hercules and/or Pegasus on reel five; the modes work like this:

Hercules & Pegasus is an enjoyable, cartoon-style addition to the god-themed slots already out there and it’s packed with features which seem to trigger regularly enough – it’s good stuff!