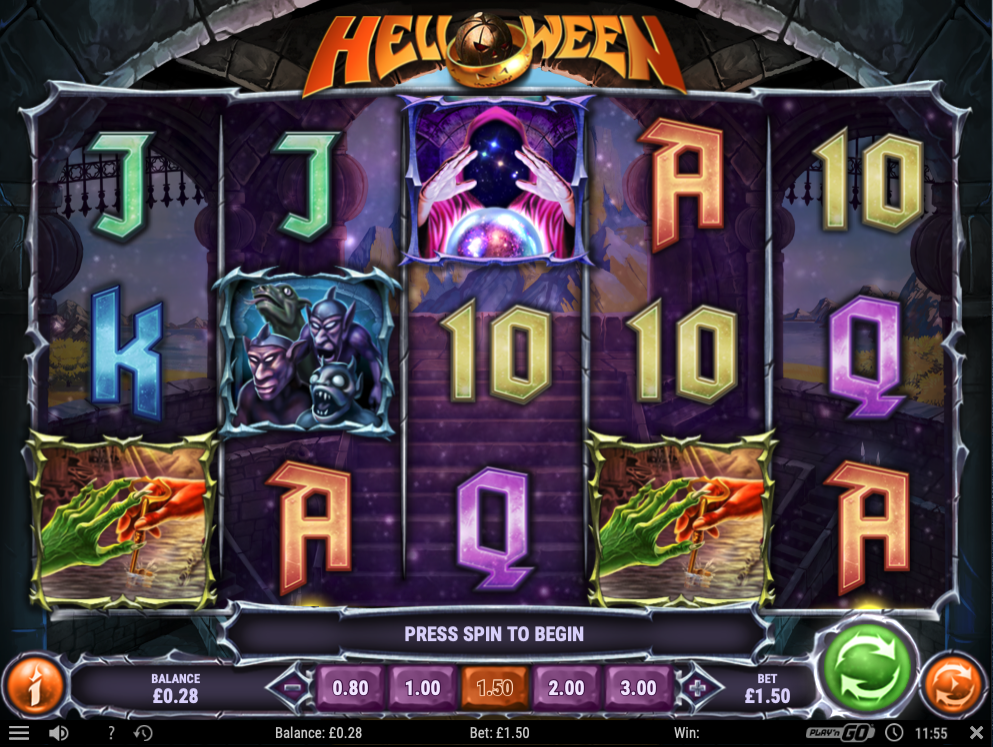 It may or may not be the scary season when you’re reading this review but that doesn’t matter because an online slot such as Helloween can be played at any time of the year; this is game is developed by Play N Go, it’s also themed on the German power metal band of the same name and from £0.10 per spin it offers seven different bonuses in the main feature.

Helloween is a five reel slot with three rows and ten fixed paylines; the design of this game is based on the album cover for Keeper of the Seven Keys with views of distant seas and mountains from castle ramparts.

The high value symbols are a gold ring and three quite creepy animations related to the album; 9, 10, J, Q, K and A make up the lower values. The glowing pumpkin is wild and it will replace all standard symbols to help form winning combos; the floating keys are the bonus symbols.

Landing three of the floating key bonus symbols anywhere on reels one, three and five will trigger this feature in which the wheel will spin to reveal one of seven free spins bonuses:

When the spins have finished the Helloween multiplier above the reels may apply a multiplier of up to 10x for your wins.

Play N Go have done an excellent job of integrating the history of a niche German band with Halloween and there are loads of features here to enjoy if you can keep triggering the main feature. If not at least you can enjoy some of their music as you spin the reels.