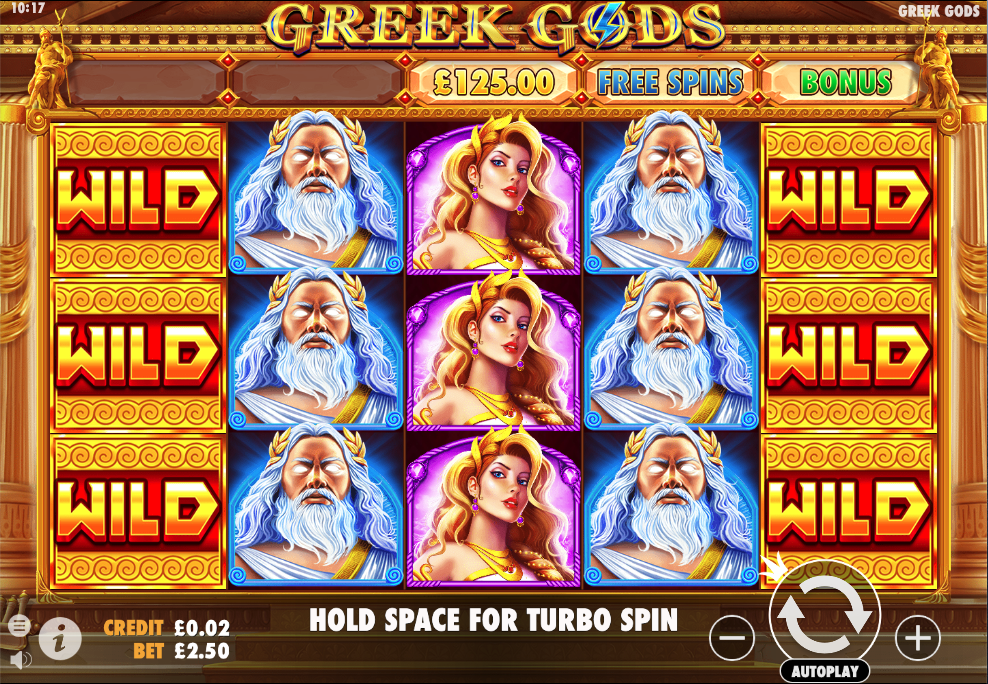 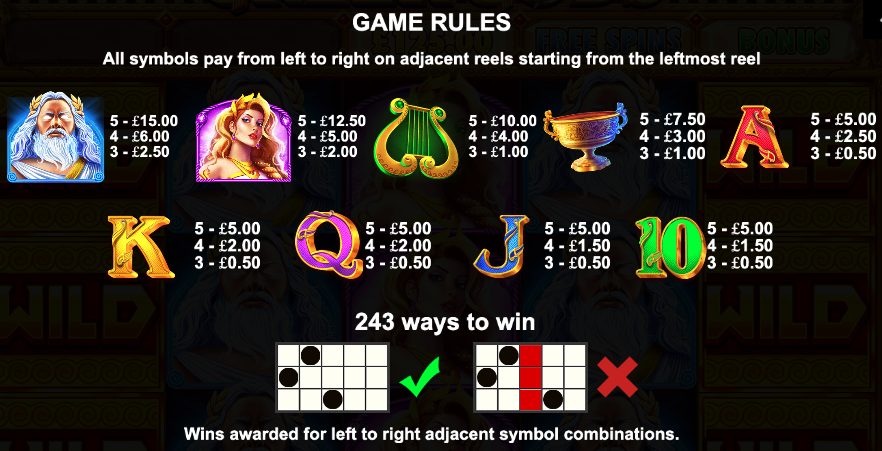 Those ancient deities probably never knew they’d be the subject of so many online slot machines thousands of years into the future but that is indeed the case; here we have one more, it’s called Greek Gods, it’s developed by Pragmatic Play and it offers players a range of cleverly-triggered bonus features.

Greek Gods is a five reel slot with three rows and 243 ways to win which means there’s no payline structure and wins are formed as long as there are matching symbols in adjacent rows starting from the left hand side. The reels spin n a grand temple entrance floating high above the golden clouds of Ancient Greece.

The high value symbols include Zeus, Hera, a lyre and a golden cup; 10, J, Q, K and A represent the lower values.

The golden ‘Wild’ is wild and it will replace all standard symbols to help form winning combinations; the lightning bolt is the scatter symbol.

During the base game you’ll see that there are random bonuses which appear above reels three, four and five – a full stack of lightning bolts on one of these reels will trigger that particular feature which can be one of the following:

This is triggered by landing at least five of the lightning bolt scatter symbols during the base game or via the method described above; you’ll receive three free spins plus one for each scatter symbol or eight spins if it’s triggered via the base game feature. More spins can be won during this feature and note that all reels have a bonus above them until the round ends.

We always like to see something different and Greek Gods provides us with a somewhat unique bonus feature we’ve not seen before; you’ll find that small cash prizes are awarded quite regularly with the free spins and Wheel of Fortune a little trickier to grab.