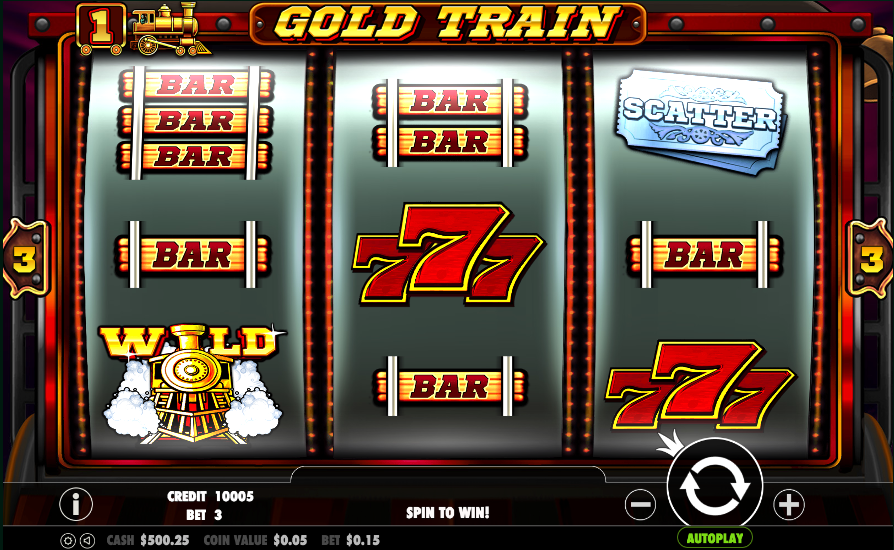 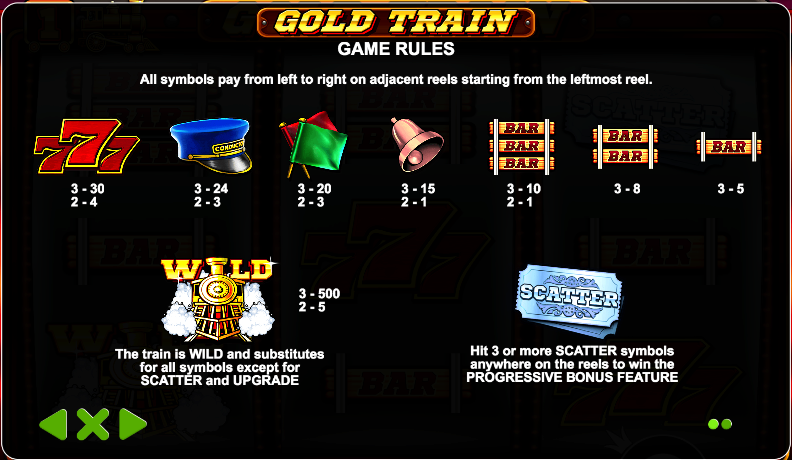 The railway line in the Old West of the United States was one of the great engineering projects of it’s era and it opened up vast new areas for exploration and settlement; Gold Train is an online slot machine based on this mode of transport, it’s developed by Pragmatic Play and you can find out how it works right here.

Gold Train is a three reel slot with three rows and just three paylines; the big reel set occupies all the available screen space but the design is reminiscent of steam-powered travel.

There are three theme-related symbols in Gold Train and these are a conductor’s cap, a pair of signalling flags and a bell; there’s also some red sevens and single, double and triple bars as a nod to more traditional slots.

The wild symbol is a head-on view of the approaching steam train and it will replace all others to help form winning combinations except for the silver ticket scatter and the golden ticket upgrade icons.

Despite the title this is not a progressive prize and it’s triggered by landing three of the silver ticket scatter symbols anywhere in view; you now get to watch a train with at least ten carriages trundle past and each carriage will reveal a prize amount. If a golden ticket is awarded, between four and ten extra carriages will roll past.

During the base game, a golden ticket on reel three will award extra carriages the next time the feature is triggered.

Gold Train is an action packed slot, despite having just three reels and paylines; the feature is regularly triggered and there are some sound effects which will take you back to when games were a little simpler.