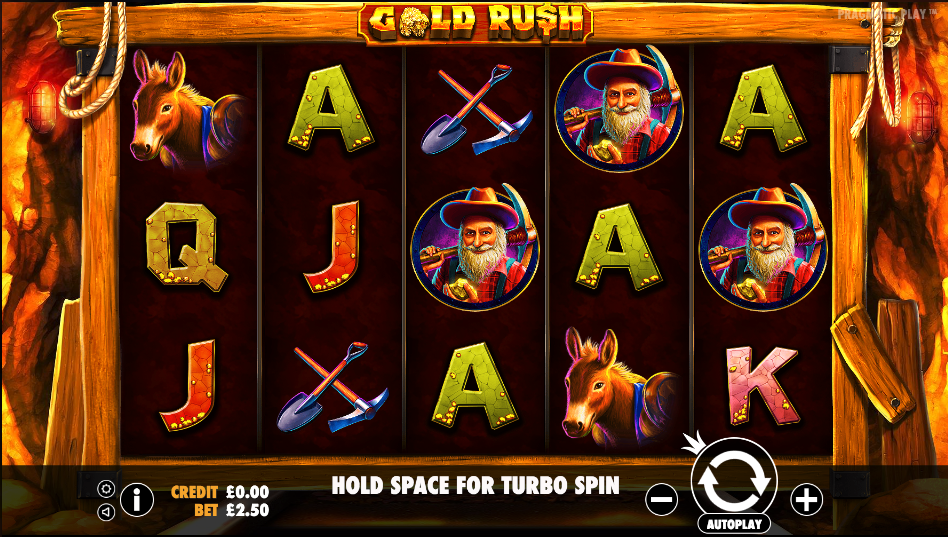 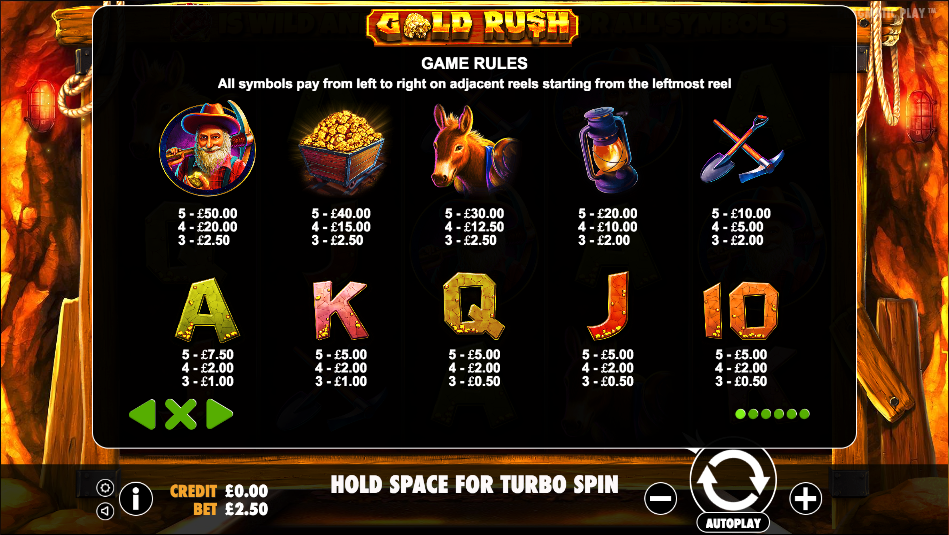 The mining of precious stones has always been a fertile area for online slots developers and in particular they hark back to an age of huge beards, pickaxes and pit ponies; Gold Rush is one more to add to the list, it’s developed by Pragmatic Play and it has an interesting levelling up feature during the free spins round.

Gold Rush is a five reel slot with three rows and twenty five fixed paylines; the entrance to a gloomy mine is the setting for those reels but we know that our cheery prospector is down there looking for gold because we’ll need them in the main feature.

There are five theme-related symbols and they include the prospector, a cart of gold nuggets, the pony, a gas lamp and some tools; 10, J, Q, K and A represent the lower values.

Some sticks of dynamite are the wilds and they will substitute for all others to help form winning combinations except for the tunnel scatter symbol .

This is triggered by landing three of the tunnel scatter symbols anywhere on reels two, three and four and you will initially receive ten free spins although once the spins are underway each scatter will award two extra spins.

Now the gold nuggets come in handy because your task is to collect them with the aim of adding more prospector symbols to the reels (and so increase your chances of bigger wins). You’ll need the following numbers of nuggets per upgrade:

As an extra bonus, if you grab that one nugget you need to reach the next level on your last spin, you’ll get an extra spin awarded.

Gold Rush is a slot which has plenty going for it in terms of playability, sound effects and an enhanced free spins feature but it joins a long list of mining themed slots offering lots of competition. Still it’s pretty good fun and it comes with a healthy RTP of 96.50%.