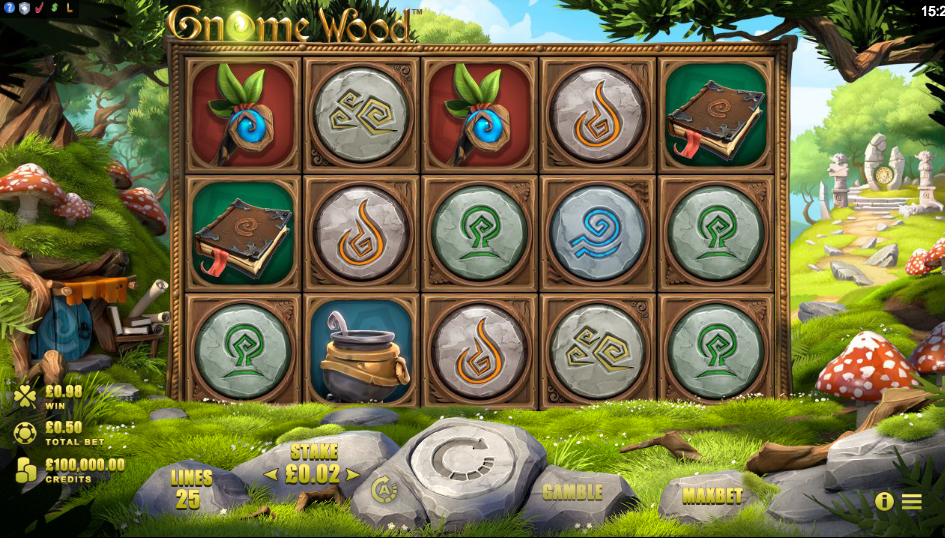 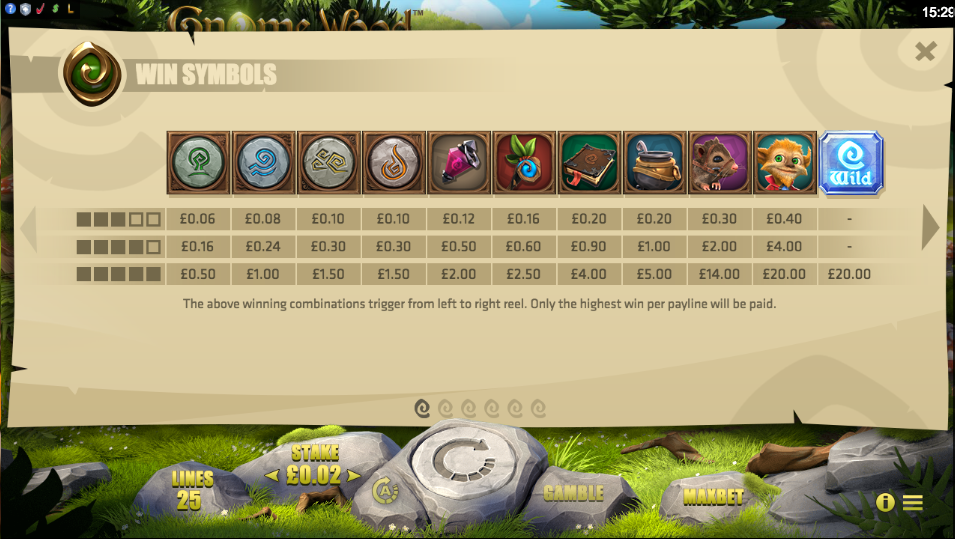 Hiding in the woods in an online casino near you is this fantasy-themed slot machine with small mythical creatures at it’s heart; it’s called Gnome Wood, it’s developed by Rabcat/Microgaming and it sees our tiny friends trying to help us win some money.

Gnome Wood is not only a place, it’s a five reel slot with three rows and twenty five fixed paylines; it’s set in some mystical land where the trees are always green, the sun is always shining and you need to press the rocks below the reels to get things started.

There are some nicely-animated objects on the reels and the high value ones are a gnome, a harnessed rat, a cauldron, a (spell?) book and pink and green ornaments; four rune-ish symbols of different colours (green, blue, yellow and orange) make up the lower values.

There are two wild symbols (Wild and Wild x2) which will substitute for all other symbols except the Free Spins scatter to form winning combos; they also have their own special feature which is explained below.

Both of the wild symbols have the same capability and they only appear on reels two to five; whenever they do the player will receive a free spin and the wild will move one position to the left – this process continues until the wild reaches reel one. If any more wilds appear during this phase the free spins will continue.

This is triggered by landing three or more of the the Free Spins scatter symbols anywhere in view and you will receive ten free spins initially. During this round the wandering wilds can appear on any of the reels (including reel one) to extend the number of spins.

More spins can be triggered by landing three+ more scatters anywhere in view.

Gnome Wood stands out from the crowd with Rabcat’s usual high quality graphics, animations and clever gameplay; the wandering wilds occur regularly enough to make it seem as if you’re always hitting some wins and this game comes with an RTP of 96.16%