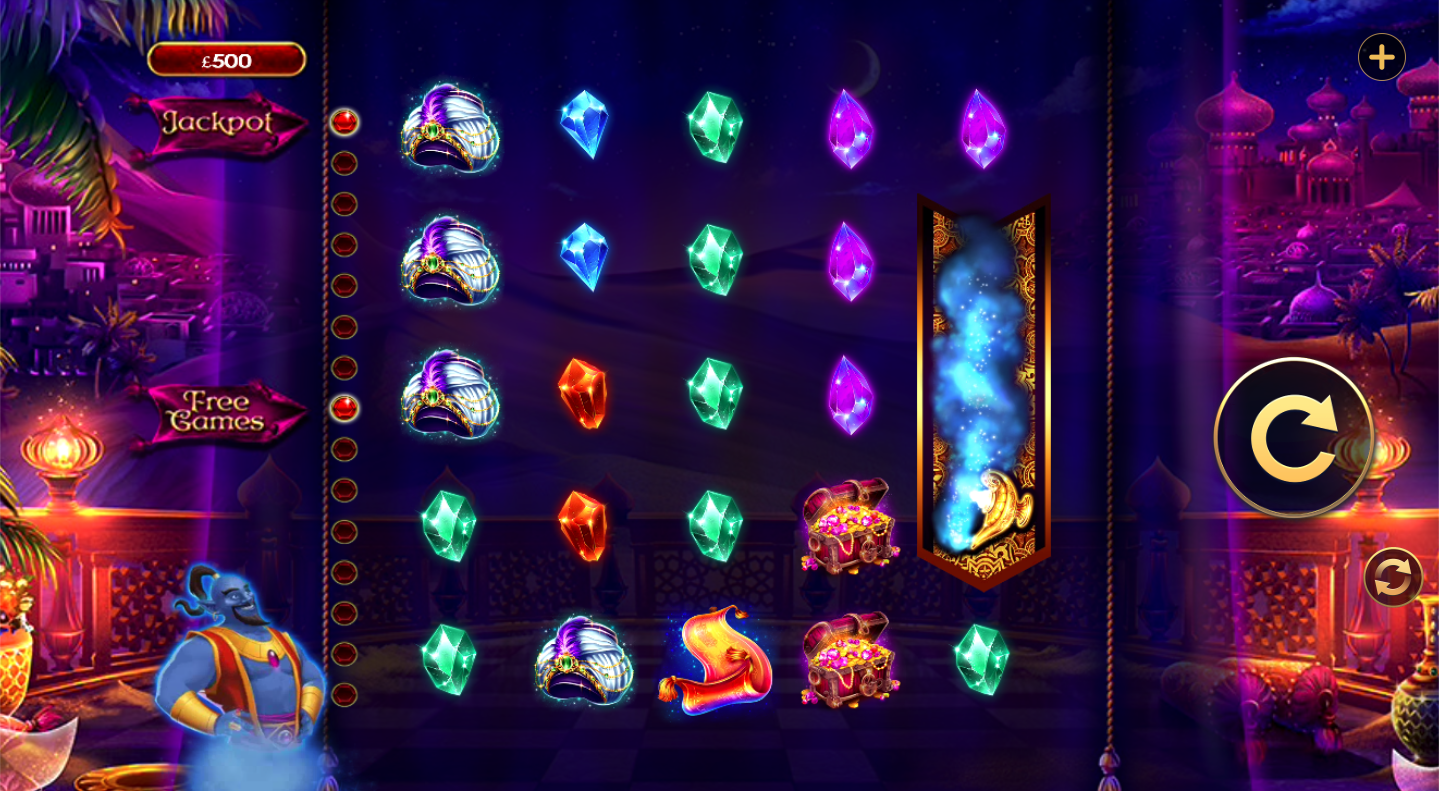 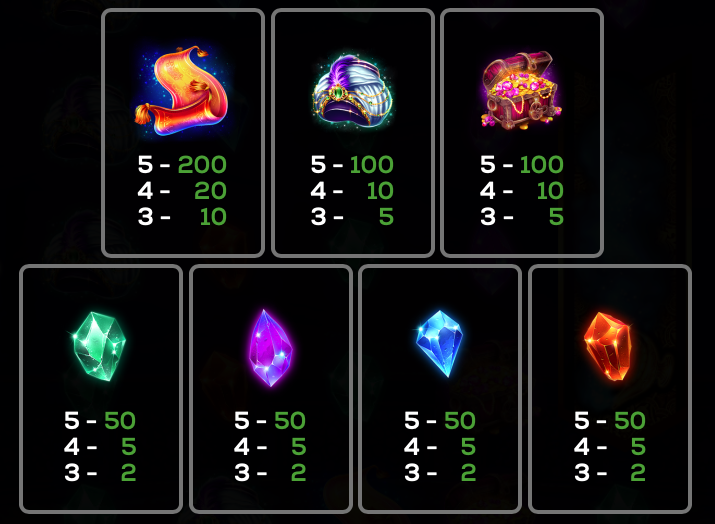 Let’s head back in time to the Arabian Peninsula and the legend of Aladdin and the Magic Lamp – in this online slot we’re in the Genie’s Palace courtesy of High 5 Games and we’re trying to win the Wild Train Feature and some free spins.

Genie’s Palace is a five reel slot with five rows and twenty five fixed paylines; the genie hovers in the bottom left corner in front of a scene showing his palace and a distant view of a city adorned with golden minarets.

High value symbols include the flying carpet, the genie’s turban and the treasure chest; blue, purple, green and orange gems represent the lower values. The jewels are wild and they’ll replace everything except for the genie parts and the lamp coin to help form winning combos.

Landing the three genie parts on reel five together with the wild jewels anywhere on the reels will activate this interesting feature and the genie parts will now form a little ‘train’ and move around the reels, collecting the wild symbols and lamp coins as they go. Each wild symbol collected also increases the length of the train by one position and each coin collected adds up to seven flying carpets to the reels.

When all wilds and coins have been collected spins is awarded with the genie parts acting as wilds and locked in place and continue until no new wilds or coins land and are collected.

Collecting at least five wild jewels during the Wild Train feature will  award five free spins in which those genie parts already on the reels will once again start moving about and collecting wild jewels and coins; each one collected will award an extra free spin.

If you can collect at least twelve wild jewels in the Wild Train and Free Spins there’s a jackpot prize of 2000x the stake on its way to your account.

Genie’s Palace is an enjoyable voyage back to times of myth and legend and the action is effectively enhanced by the clever bonus feature which in turn leads to the free spins – one of our favourites from High 5 for sure.