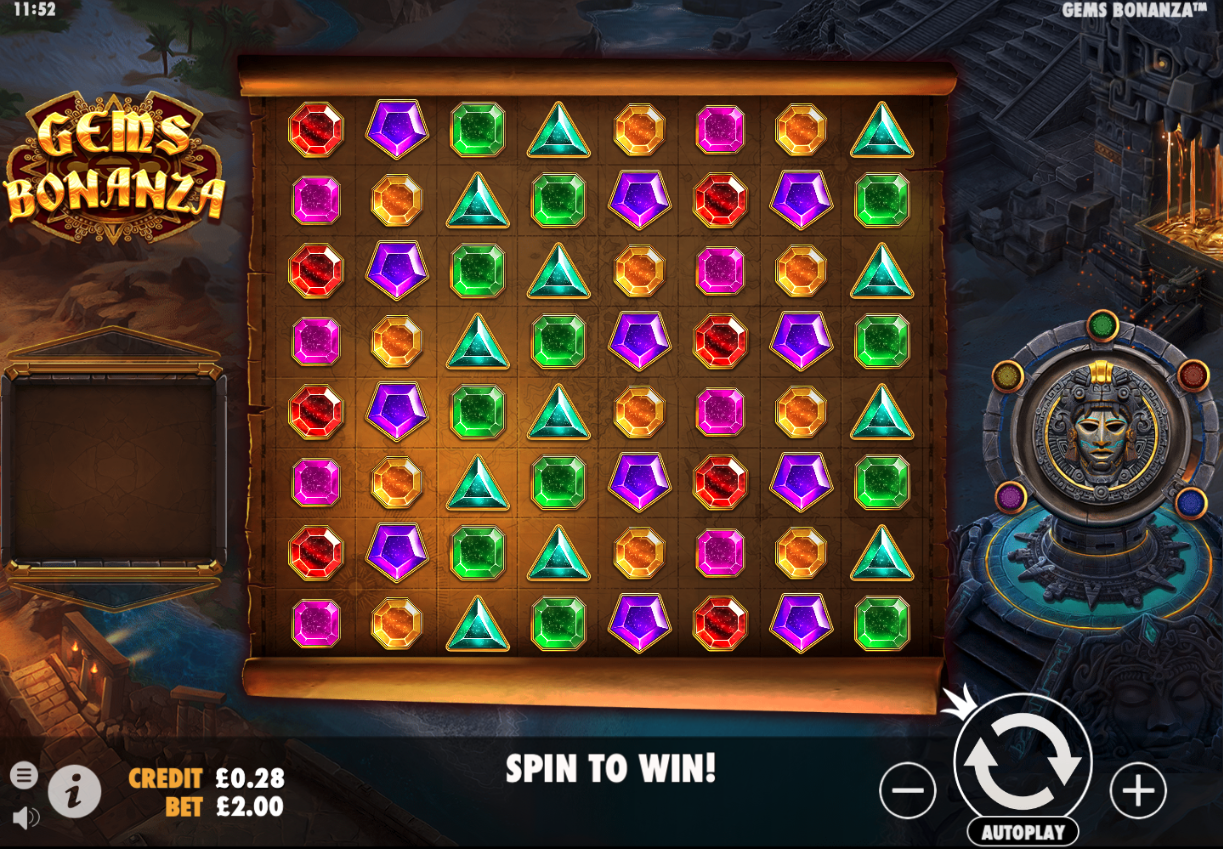 The jungles of South America are the setting for this gem-themed online slot from Pragmatic Play – it’s called Gems Bonanza and your task is to follow the map to find treasures which include tumbling symbols, lots of base game features and the ultimate prize, Gold Fever.

Gems Bonanza plays out on the 8 x 8 grid you can see above and your task is to create clusters of at least five symbols which match horizontally or vertically; strange temples and defies form the backdrop, some of which play a part in the gameplay.

There are seven different gems in this game and if you can match at least five they will disappear and be replaced by more falling from above to continue the process. Wild symbols are created as part of the features.

Bright spots of various colours may appear behind any symbol position and if a win is created over one of these spots the following features are activated:

Each winning combination on a particular spin contributes to filling up the meter on the right hand side; matching 114 symbols will fill it up and trigger the Gold Fever. You can also dive straight in by buying the feature using the button on the left for 100x your stake.

All five of the base game features are awarded one by one and by collecting more symbols you can work your way up through five levels:

On each level all five features are played.

Gems Bonanza has everything we like packed into one game – tumbling reels, cluster wins and a collection feature which can pay out big wins. The cherry on top is a nice high RTP of 96.55%.