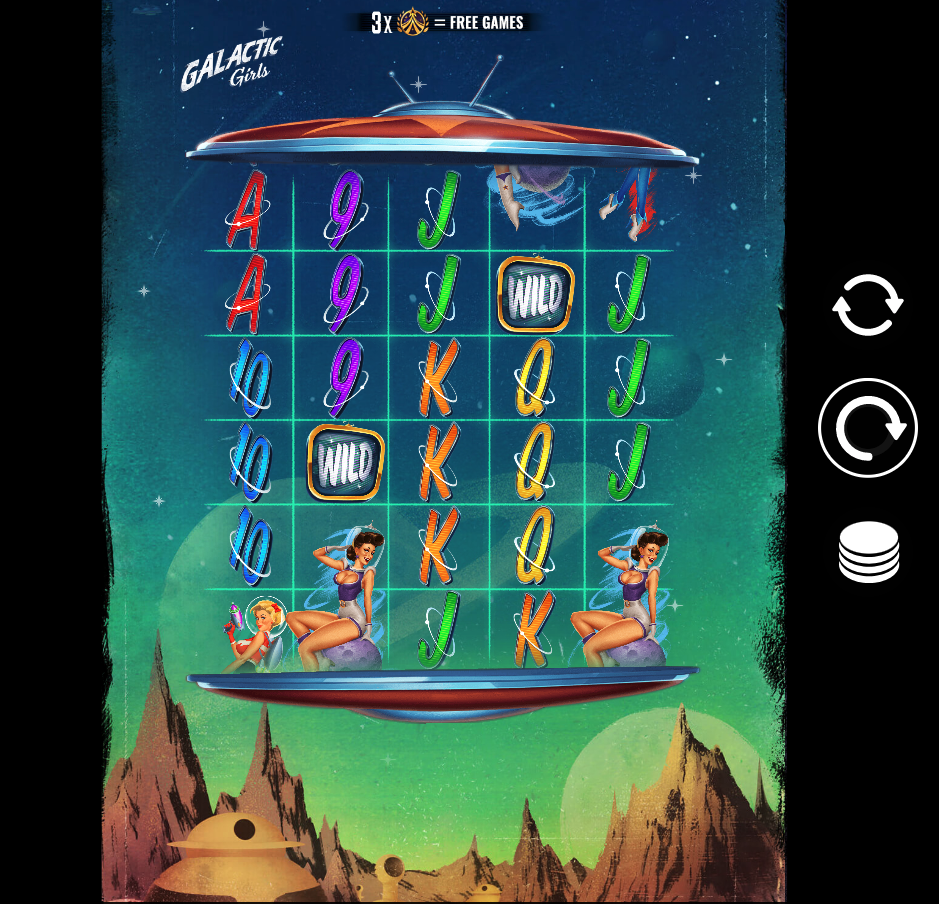 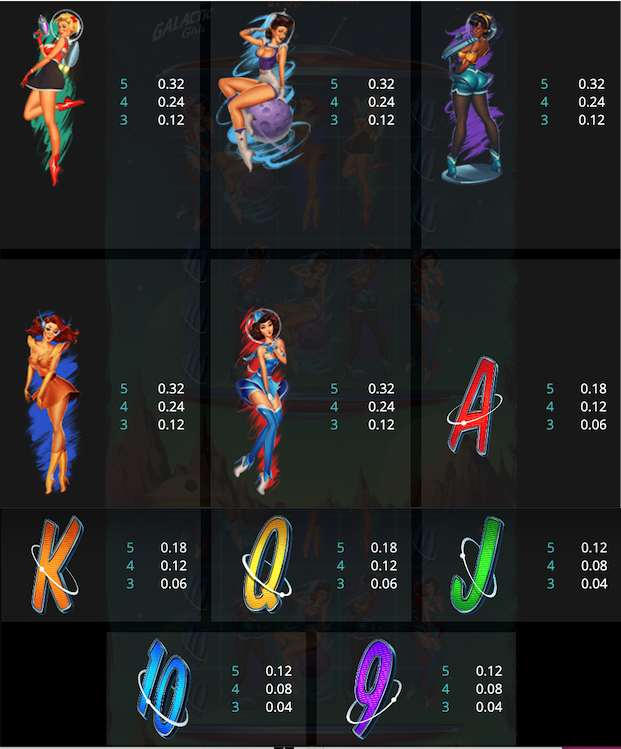 In a style reminiscent of science fiction comics from the 1960s, Galactic Girls is an online slot from Eyecon which follows the adventures of five ladies as they battle aliens across the universe. From £0.25 per spin players can be in with a chance of winning free spins in which stacked girls reveal extra features.

Galactic Girls is a five reel slot with six rows and 7776 ways to win; the design looks great with those retro reels floating above a planet which could straight from a Dan Dare comic.

The five girls – Peggy, Geraldine, Rita, Joyce and Natsumi – are the high value symbols while 9, 10, J, Q, K and A represent the lower values. The fuzzy screen is wild and the golden Emblem is the scatter symbol.

Landing three of the Emblem scatter symbols anywhere in view will award ten free spins initially but more can be triggered up to a maximum of fifteen times.

During this round look out for the stacked girls because each one which lands will be collected and when the spins have finished you’ll receive one of the following bonus games per stack: