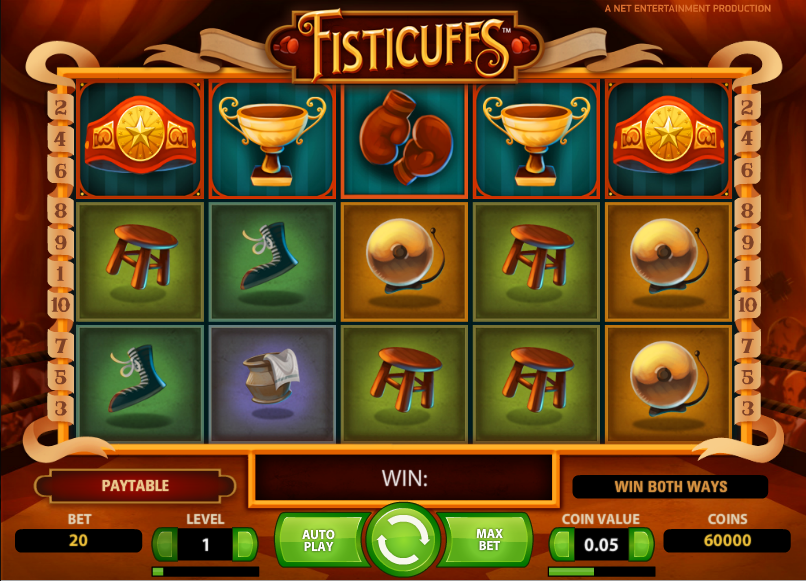 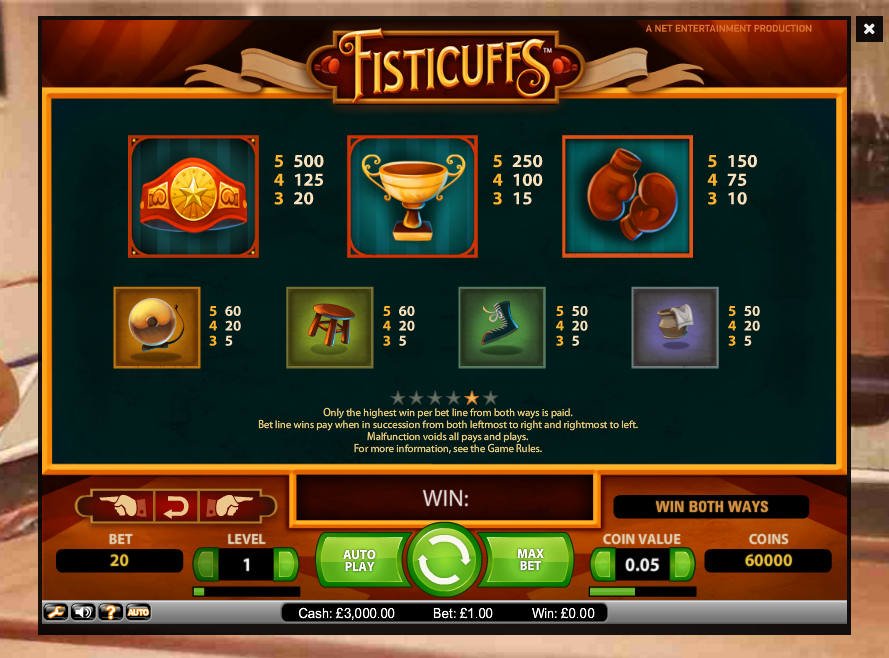 There’s very little that brightens our day like a brand new slot from Net Entertainment; the creativity that goes into each one of these impressive creations is generally something to behold and very other games producers can match the quality of the graphics.

Fisticuffs is fresh off the Net Ent production line and as the name suggests it’s a slot which revolves around the noble art of boxing.  Set at the turn of the 20th century and with a piano-based, music hall style soundtrack, Fisticuffs reminds us of the days when boxing matches went on for hours and a moustache was an obligatory feature of everyday life (and not just for the men).

This five reel and ten payline slot features a range of boxing-related symbols including the trainer’s stool, a pair of boxing gloves, boots, the spit bucket and towel, a bell and a championship belt.  There are two wild symbols which feature our two boxers – one chunky chap (straight wild) on reel three and a more svelte contender (diagonal wild) on reels two and four.

Like a number of recent Net Ent releases (Eggomatic for example) the bonus features take place within the standard game play and there’s no real separate bonus game.

Within the Boxing Feature there are two mini-bonus features as follows:

During the boxing feature respin stacked wilds appear on reels one and five for some extra winning combos.

A game without a definitive bonus feature is usually one for the slots purist but Fisticuffs is good-looking and so playable that it should appeal to all slot machine fans.  The music hall soundtrack also complements the action really well.