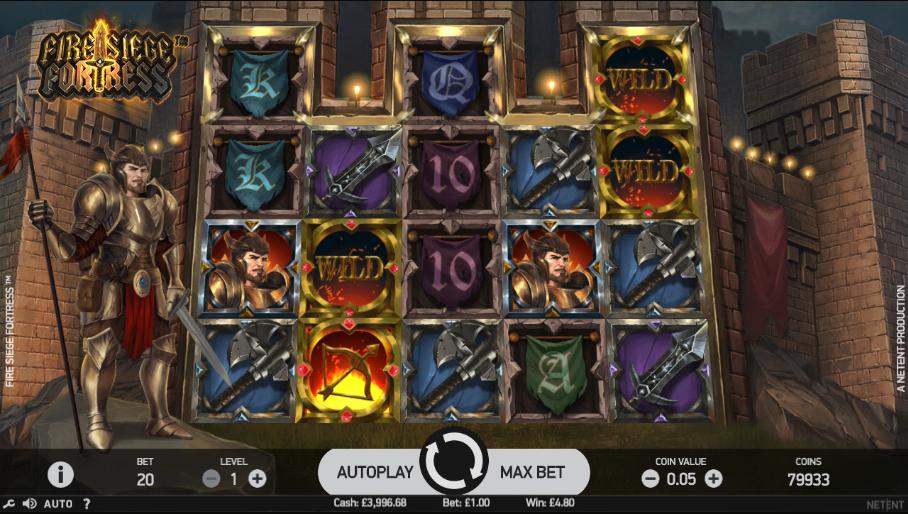 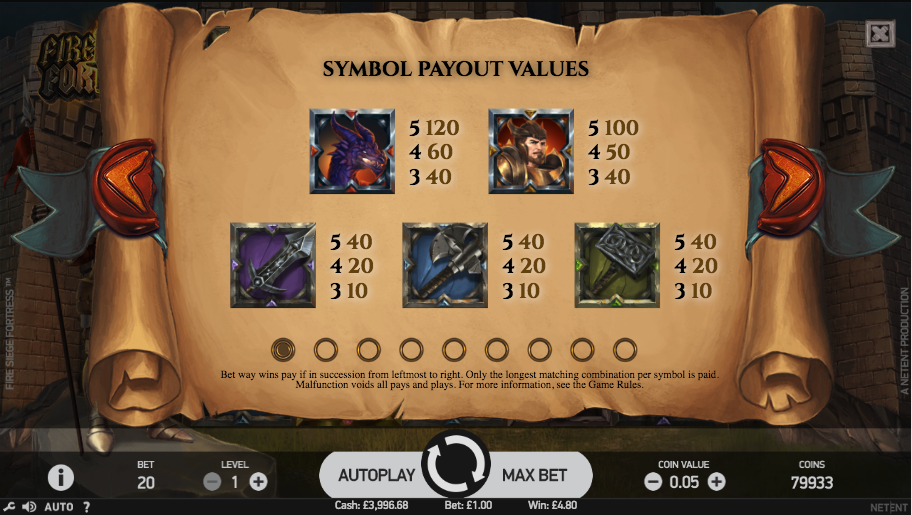 Sometimes the title of an online slot suggests an action packed game and, bearing that in mind, here we have Fire Siege Fortress, a fantasy-themed release from Net Entertainment based on medieval warfare and violence – find out how it all works below.

Fire Siege Fortress is a five reel slot with three/four rows and five hundred and seventy six ways to win – there’s no payline structure, wins are formed as long as there are matching symbols in adjacent rows starting from the left hand side. Those reels are set into the walls of a solid-looking castle, so far withstanding the bombardment and overlooked by a soldier on the left hand side.

The high value symbols include a dragon, the knight, a sword, an axe and a warhammer; the lower values are 10, J, Q, K and A printed on pennants of various colours.

The wild is a fiery, golden ‘Wild’ which will substitute for all others to help form winning combinations except for the crown scatter symbol.

There are three mini-games associated with the wild symbol appearing on the bottom position of reels two, three and four:

This is triggered by landing three crown scatter symbols anywhere on reels one, three and five; these are the taller reels so any crowns on the top row will award six spins while crowns anywhere else will award three spins.

If you land just two crowns but one of them is on the top row, you’ll receive three free spins or a Tower Coin win worth 5x the total stake. It’s not possible to trigger any more spins during this round.

Fire Siege Fortress has a action-packed name and for sure it’s an action-packed slot with the threat of violence just around the corner; there are flames everywhere, a moody setting and several themed bonus features to keep the action crashing along. There’s an RTP of 96.01%.