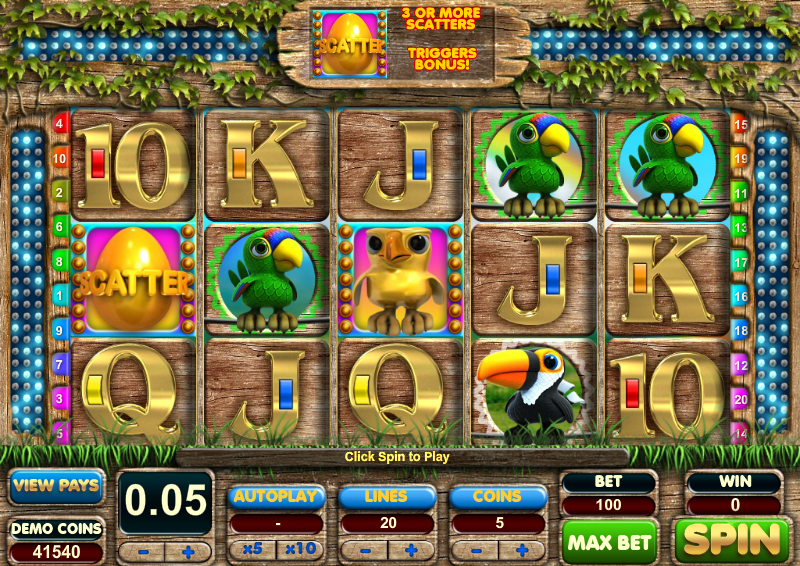 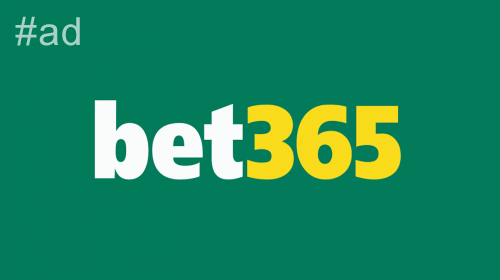 We’re always keen on a game which features some cute animal characters and Feathered Frenzy, the new online slot from Big Time Gaming, has some of the most charming little fellas we’ve ever seen.  As you might have guessed, this slot is all about birds but it’s of a style which will probably appeal more to Wallace & Gromit fans rather than ornithologists.

There are twenty paylines spread over five reels and the whole game is very mechanical; there are some lovely ratcheting noises when you spin the reels and a soundtrack which overlays some gentle music with authentic-sounding birdsong.

Aside from the standard, low value playing card symbols, we have a range of funky bird characters which we think are a robin, a blue tit, an owl, a parrot and a puffin.  There’s a golden bird wild symbol  and a golden egg scatter which you’ll need to trigger the bonus feature.

Just the one bonus feature here then and it’s everyone’s favourite – free spins.  You can grab this reward by landing three, four or five of the glinting golden egg scatter symbols and for that you will receive fifteen free spins.

During the free spins, any wins you land will be subject to a 3x multiplier and there’s even better news because you can keep re-triggering those spins by landing more golden eggs until you hit the maximum of one hundred and eighty.  When you’re playing this round, the background changes to a sunny rural setting topped by a rainbow.

Of course you will also receive a prize for landing the scatter symbol winning combo to start with.

We say you should just enjoy the gameplay on Feathered Frenzy; it’s a pleasure just to listen to the mechanical sound of the reels and watch the little animated characters when they make a winning combo.

A lovely slot to play which may well be for those who value gameplay over multiple bonus features.  Great graphics and a chilled soundtrack mean you should check this slot out.