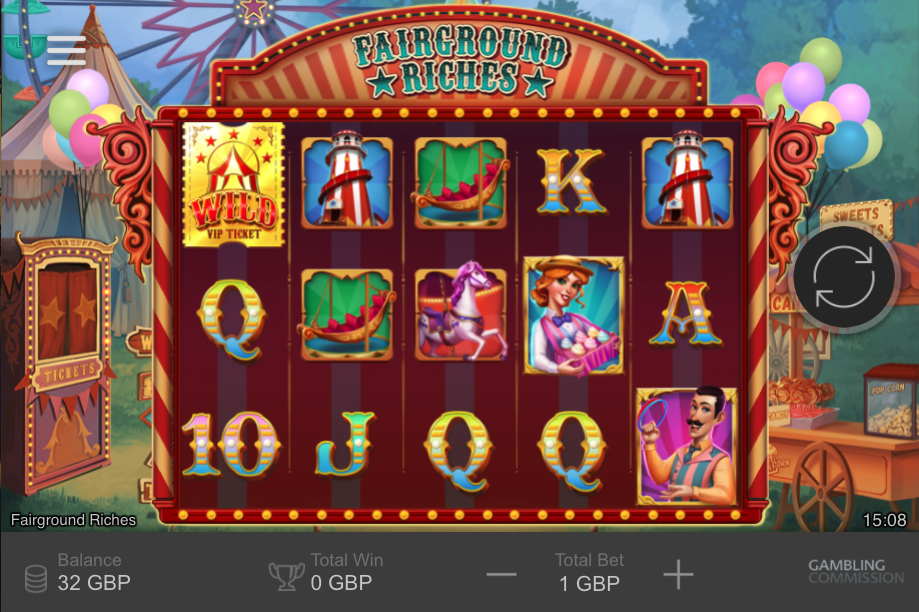 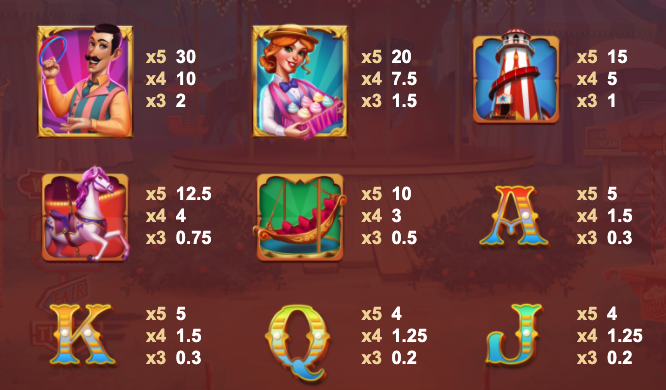 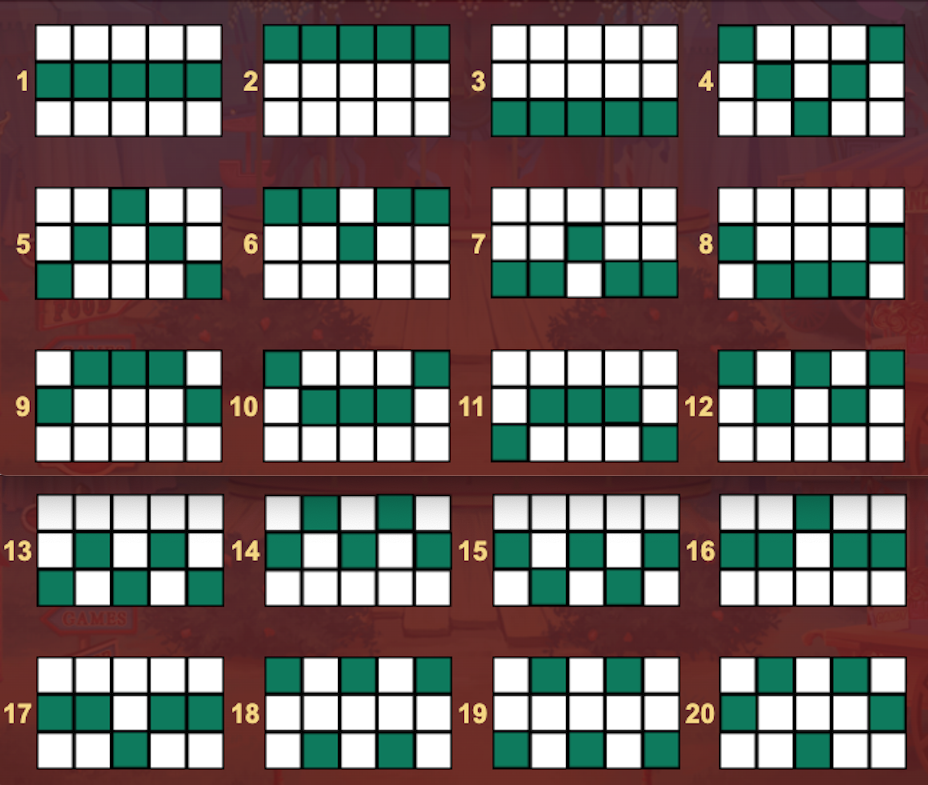 Victorian amusements, helter skelters and dangerous rides are the various themes of this online slot from Bet365 Originals – it’s called Fairground Riches and from £0.10 per spin it tempts players with bonus features based on the Coconut Shy, Ferris Wheel and the Strong Man.

Fairground Riches is a five reel slot with twenty paylines and it all takes place on a sunny day in a location where ticket booths, popcorn stands, balloons and dodgy rides vie for our attention.

High value symbols include the ringmaster, the ice cream seller, the helter skelter, the carousel horse and the pirate ship ride; 10, J, Q, K and A are the lower values. The golden ticket is wild and the special symbols are the strength meter, the coconut and the ferris wheel.

Landing three Ferris wheel symbols on reels one, three and five will activate this feature which will award between 3 and 6 spins of the wheel. Each spin reveals a stake multiplier of up to 200x or between 5 and 10 free spins.

This is triggered by landing three, four or five of the strength meters anywhere in view for which you’ll receive three, four or five free spins respectively; before the spins start a meter will determine how many sticky wilds (between three and six) are placed in random positions on the reels and of course these will remain there until the round ends.