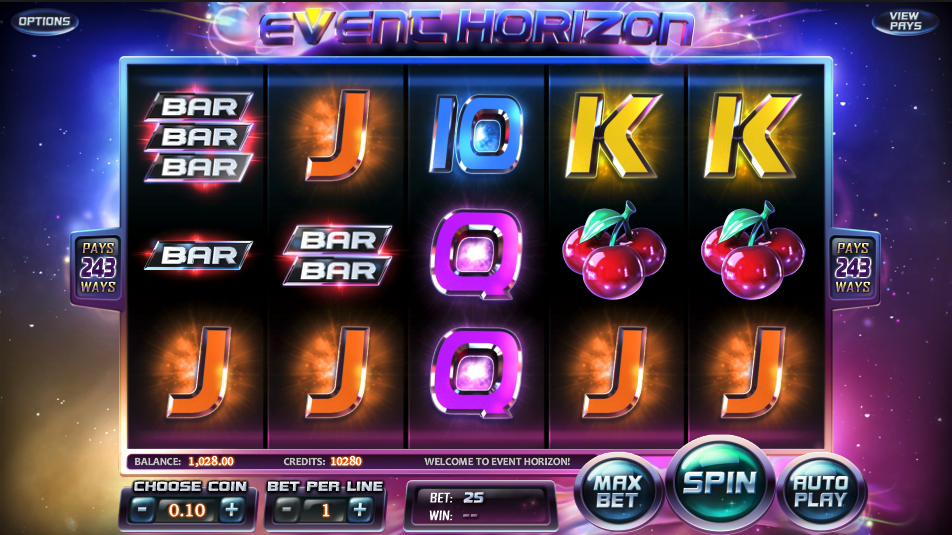 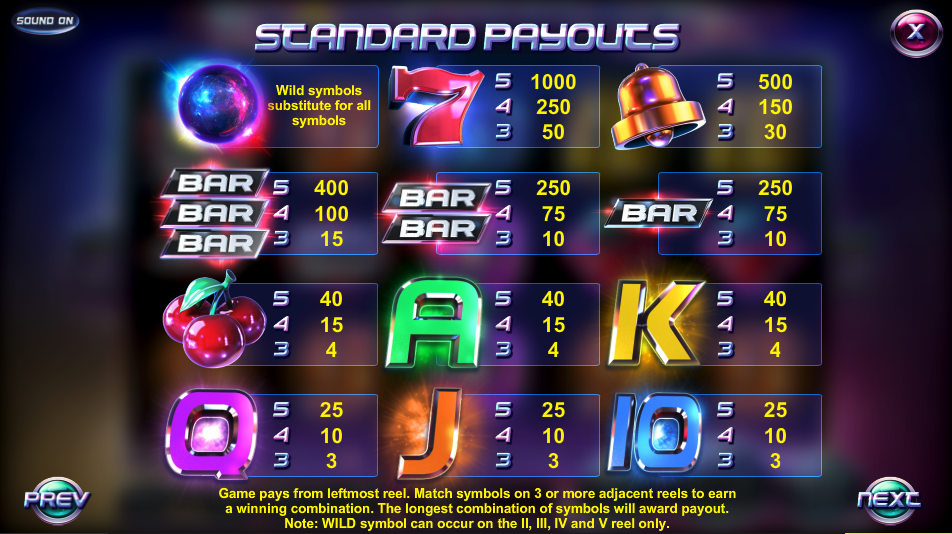 Let’s suspend reality for a second and just imagine that we can transport ourselves quickly and in total safety to a spot some 3000 light years away; this is the location of the nearest black hole to Earth and it’s in the V616 Monocerotis binary star system. This is a good spot from which to view the Event Horizon, the point at which the gravitational pull of the black hole becomes so strong nothing – not even light – can escape it.

Event Horizon is the theme and the name of this online slot from Betsoft so before you play it for real, check out all the relevant information in the review below.

Event Horizon is a five reel slot with three rows and 243 ways to win; there’s no traditional payline structure and a win is formed jus by landing matching symbols in adjacent reels staring from the left hand side. The sci-fi theme is quite evident from the design with futuristic reels set against a backdrop of stars and colourful aurorae.

The symbols are all of a traditional nature but glowing with light and colour; they include a red seven, a bell, single/double/triple bars, cherries then 10, J, Q, K and A.

The wild symbol is a glowing blue ball, perhaps a star about to collapse into a black hole state; it appears only on reels two, three, four and five and substituted for all symbols.

Veteran slots fans will recognise this feature from Net Entertainment’s Twin Spin and it works within the base game rather than as a separate feature.

On each spin two or more adjacent reels will synchronise with each other with the aim of enhancing any combo wins. Potentially this can result in all five reels syncing for some really big wins.

Event Horizon is a game well worth checking out even if you’ve already played Twin Spin, after all if you’ve enjoyed one you should appreciate the other. The gameplay is smooth and fast-moving and the background music fits in well.